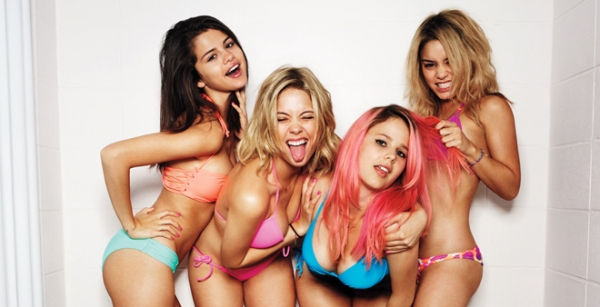 Honourable mentions
I loved Ken Loach’s The Angels’ Share, as well as the Coen’s Inside Llewyn Davis. Prisoners kept me on the edge of my seat for hours — literally — and The Dallas Buyers Club has some phenomenal performances, as does Broken Circle Breakdown.

I also have to mention Derby Crazy Love as well as My Prairie Home, two fantastic Canadian docs that I really enjoyed at RIDM and EyeSteelFilm’s Jingle Bell Rocks.

Guiltiest pleasures
I really liked The Bling Ring. And I’m not one of those suckers who’s been riveted by Coppola since The Virgin Suicides; in general, she’s gone downhill for me. But there you have it. Warm Bodies was also one of my favourite films of the year. Not to mention the horribly titled Korean flick How to Use Guys With Secret Tips, as well as the Salinger doc.

Most underrated
The Call was surprisingly good. The ending isn’t so hot, but those final few minutes can’t negate the rest of the film’s intensity. And I really enjoyed The Way, Way Back — it’s a solid feel-good summer film that’s not too heavy and full of laughs — as well as Lake Bell’s In a World….

Biggest stinkers
Lotus Eaters and Struck by Lightning. Both had the exact same problem: I didn’t give a shit. Also in the painful pile is Touchy Feely.

Malcolm Fraser
Best film
Some people think I’m exaggerating or trying to be contrarian when I say Spring Breakers is a masterpiece. Not so. Look past the trash — Disney princesses in bikinis, Britney, Skrillex, Gucci Mane, Franco’s “look at my shit” monologue and double rifle-fellating, it goes on and on — or embrace it (for it is our culture), but there’s some real cinematic beauty there as well.

Honourable mentions
I loved Noah Baumbach and Greta Gerwig’s Frances Ha and enjoyed basking in the bittersweet nostalgia of Before Midnight as well as American Hustle‘s saturated ‘70s fever. Other indie faves were Jeff Nichols’ Mud, Andrew Bujalski’s Computer Chess and Derek Cianfrance’s The Place Beyond the Pines. Jia Zhangke’s A Touch of Sin, which played at FNC, could be the major release of the year if and when it actually opens here.

This year saw a bunch of really strong, if sobering, documentaries, from the devastating The Act of Killing to the heartbreaking Call Me Kuchu to the gently tragic Big Star: Nothing Can Hurt Me. And the local film scene produced a few standouts: Denis Côté’s Vic+Flo ont vu un ours, Jeff Barnaby’s Rhymes for Young Ghouls and micro-budget road movie Soft Gun (now streaming on Vimeo).

Guiltiest pleasures
It would be professionally irresponsible of me to recommend them per se, but I totally enjoyed the Stallone/Schwarzenegger prison-break flick Escape Plan and the Jason Statham/J-Lo action thriller Parker.

Most underrated
If there’s any justice in this world, Quentin Dupieux’s surreal comedy Wrong will become a cult classic. And though The Comedy (released straight to Netflix) was marketed misleadingly from the title on down, it’s full of poignant melancholy and cinematic moments.

Biggest stinkers
At the risk of further inflaming linguistic tensions, I’d have to mention anglo-bashing doc La langue à terre as a low point. But nothing could compare to the brutality of alleged comedy Stand Up Guys.

Alex Rose
Best film
Much like Malcolm, I’m unapologetic in my love for Harmony Korine’s Spring Breakers. This hallucinatory, DayGlo-soaked dubstep fever dream is the only movie I’ve seen this year that I felt like rewatching before it was over.

Honorable mentions
It’s a predictable choice, but it’s also extremely hard to deny how powerful and rigorously constructed 12 Years a Slave is. And although it may not get a theatrical release in 2013 (it did play at Fantasia), Eddie Mullins’ deadpan black comedy Doomsdays is the funniest movie I saw this year.

Guiltiest pleasure
The fact that White House Down tanked at the box office blows my mind. If we can’t appreciate a ridiculous, balls-to-the-wall Die Hard ripoff where the president absolutely, desperately needs his Air Jordans to shoot at helicopters with a bazooka, where is our culture headed?

Most underrated
It didn’t even get a theatrical release, but Sebastian Silva’s creepily effective Magic Magic is a terrific psychological thriller in the Polanski mold. Much was made of Michael Cera’s role as a dickhead ugly American, but the whole film is worth a look.

Biggest stinker
Grown Ups 2 brought me more existential anguish, but I have a special place in my hate-filled heart for CBGB, a witless, sodden lump of garbage that turns one of the most vital cultural forces of the 20th century into a series of badly lip-synched performances punctuated by literal dogshit jokes and groaning from a terminally bored Alan Rickman. ■