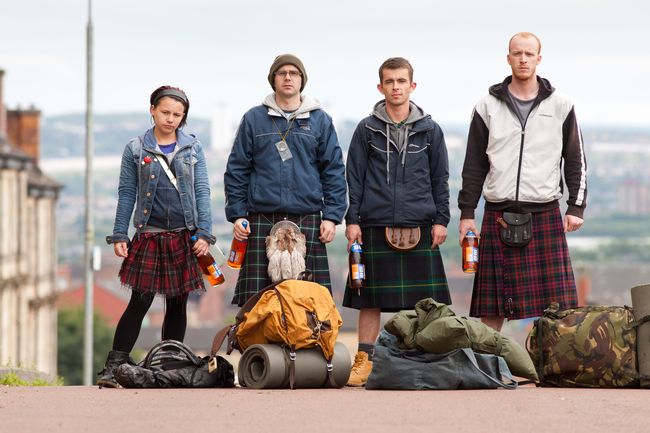 Director Ken Loach and writer Paul Laverty make some incredible films. The pair have worked on a dozen together including Irish war film The Wind That Shakes the Barley and Glaswegian drama My Name Is Joe. Loach is known for his social realism, especially when depicting issues related to the British public and his new film The Angels’ Share is no different.

I consider Scotland to be my second home and one of the troubling things that I’ve found after living there, is seeing how often ideas of places like Glasgow and Edinburgh are romanticized and how serious social issues are ignored. I feel that The Angels’ Share is a fair depiction of the struggles that Scottish youth face and Loach handles the representation of these trials realistically and without exaggeration.

The film begins in Glasgow with Robbie (Paul Brannigan) missing jail time by the skin of his teeth and being sentenced to 300 hours of community service. We also get a peek into the devastation that one of his past crimes has caused to a family. His girlfriend Leonie (Siobhan Reilly) gives birth to a son soon after he starts working with his community payback group and when Robbie heads to the hospital with the group’s leader Harry (John Henshaw) to visit the child, Leonie’s uncles beat the shit out of him. This situation allows Harry and Robbie to forge a friendship and earn each other’s trust. It also allows Robbie and Leonie to begin discussing how they’ll change their lives for their new son and avoid the cycle of constant brawls and fights within their community.

Harry takes the group on an excursion one afternoon to a whisky distillery which sparks Robbie’s interest and he begins to study the spirit. His interest leads to another excursion lead by Harry to Edinburgh with fellow group members Albert (Gary Maitland), Mo (Jasmine Riggins) and Rhino (William Ruane) to a tasting. Here, they learn about a cask that will be auctioned off for what is rumoured to be around 1 million pounds. This of course, plants a seed in Robbie’s mind for a scheme that could result in vast improvements for him and his friends.

Loach doesn’t give us a single facet of our protagonist Robbie. It is made very clear from the beginning that he is not an innocent victim, that he is very much a part of the violence that afflicts him. I’m also happy to see a less bagpipes and Braveheart, and more honest look at Scotland, as it can be a really rough place to grow up.

Although The Angels’ Share does handle some pretty heavy topics, it’s not gloomy — it’s hilarious. Albert in particular is pretty much solely there for your entertainment. I also loved the inclusion of Scotland’s national beverage (after whisky) and leading soft drink Irn Bru in a major plot point.

My only mild complaint is the blatant use, several times, of the Proclaimers “I’m Gonna Be (500 Miles).” Scotland has a wealth of incredible music — why not choose some Belle & Sebastian or some Bwani Junction? Why would you limit yourself to possibly the most notorious song in Scottish history besides “Auld Lang Syne”?

The Angels’ Share is a fantastic film with just enough realism to jolt you and enough comedy to remove the mopes. It makes a comment on Scottish social issues without being preachy and heavy-handed while also having the ability to leave you with laughter — it feels like an immediate classic. (And in case you were wondering, “the angels’ share” is the whisky that evaporates from the barrels during aging.) ■