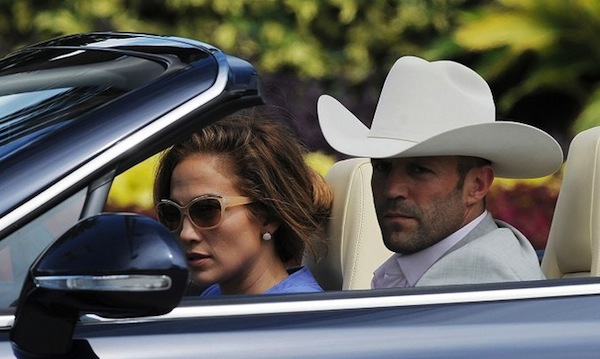 Since getting his start in that great hangover of the post-Tarantino era, the films of Guy Ritchie, Jason Statham’s career has run the entire gamut of B-grade action. His is a resumé likely to strike despair in the hearts of many a critic or film snob, ranging from the merely mediocre (The Mechanic) to the half-decent, emphasis on the half (The Bank Job); from blockbuster kitsch (the Expendables movies) to deliberately ironic cheese (the Crank series), with a stopover in the transcendently terrible oeuvre of Uwe Boll (In the Name of the King: A Dungeon Siege Tale).

It’s hard to tell what makes Statham a bankable action star. He’s not pneumatically muscular, particularly skillful at martial arts or especially charismatic. Perhaps his relatively regular-guy looks and unrelentingly workmanlike approach to acting make him relatable on a working-stiff kind of level.

Statham’s latest vehicle is Parker, adapted from a novel by recently deceased crime-fiction workhorse Donald E. Westlake. The titular character (Statham) is a career thief who gets involved in a heist through his father-in-law (Nick Nolte). When the job runs into complications, his colleagues try to kill him, setting off a plot that combines the tropes of the heist film and the vigilante revenge flick, with a topical dash of recession chic.

The film has a pretty good cast overall, with solid character actors like Wendell Pierce (The Wire), Bobby Cannavale (Boardwalk Empire) and Nolte, whose epically craggy face is approaching Mickey Rourke levels of “what the hell has he done?” Before you character-actor fans get too stoked, though, be advised that Nolte and Cannavale’s somewhat interesting characters are both dropped more abruptly and indecorously than a starry-eyed deflowered virgin waiting for a call back from a seasoned player.

Statham’s performance is as expected; what he brings to a film is elementally dependable. The only real twist is a brief sequence in which he makes a concerted, if painful, effort at affecting a Texan accent. A more puzzling turn is given by Jennifer Lopez, as a struggling Palm Beach real estate hawker who gets somehow drawn into Parker’s scheme. She’s a believable, sympathetic character with real-life problems and flaws, refreshingly out of place in the middle of this macho action-fest. It’s enough to recall the Out of Sight days when she seemed like a promising actress, before all the tabloid drama, atrocious film choices and distasteful music career that ensued.

Her role, of a woman so down on her luck she’s driven to desperate measures, somehow mirrors the career path that led her to being in this film. The camera lingers on her anatomy, the plot finds contrivances for her to take her clothes off. But she suffers through this humiliation like the pro she is. After all, like her character, she has fallen from grace and has bills to pay.

Taylor Hackford, whose resumé includes everything from documentaries on Charles Bukowski and Chuck Berry to the über-biopic Ray, directs with a straight-down-the-line competence that occasionally veers ever so slightly into originality, only to quickly right itself back onto the generic path. It’s these brief hints of unpredictability that make the film ultimately frustrating; they create false hope for another, more creative movie constantly threatening to burst through the veil of clichés.

But, along with the blatantly abandoned plot and character threads, they also remind us of the cynicism behind this kind of project. As long as there’s action, violence, hot chicks and Statham’s minimal efforts at wit, the audience will be as mildly satisfied as we need to be. ■