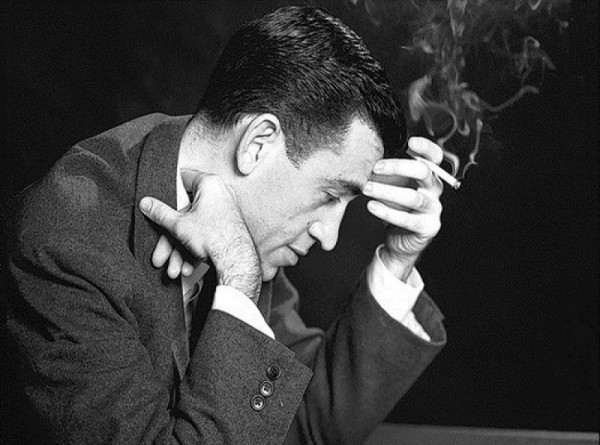 I can remember the moment I heard the news that J.D. Salinger had died. As with many other celebrity deaths, it came swiftly, via Twitter. But what marked this particular announcement as more than a simple headline was the tightness in my throat and the sinking feeling in my gut — like so many others, at the risk of sounding dramatic, Salinger changed my life.

At 16, I picked up a copy of Catcher in the Rye for a high school book report — a project that turned into a losery theatre-kid monologue in front of my peers (hunting hat and all), which somehow didn’t result in years worth of bullying and ridicule — and it changed the way I looked at literature. That’s the magic of Salinger. Although it’s cliché, we all seem to take one look at Holden Caulfield and find a hero of sorts, someone who’s willing to say what we’re all thinking. And it’s this part of me that rejoiced watching Shane Salerno’s documentary Salinger, entirely engaged, dying to know more about the author. And taking notice, but not minding as much as I should have, when the film would border on hero worship.

Salinger, which was recently re-edited, attempts to understand or provide a full history of the acclaimed author through interviews with friends, colleagues, editors, historians and women he dated, as well as archival footage and photos. But there is a constant struggle between hypothesis and reality. Truth is based on perspective, and we’re never given Salinger’s — we can only muse.

It’s interesting to find out about his wealthy childhood, his traumatic 200-plus days at war, the strange relationships he’d have with young teenage girls, his perfectionism and writing habits. Most revelatory was realizing that Salinger was never truly a recluse and that he never did stop writing. But this isn’t the whole picture. All we can do is speculate about a dead man. It’s a worthy viewing experience if that’s all you want from it, not a comprehensive, pure, factual history.

But Salinger does leave you with one huge golden nugget. According to the doc, five “new” Salinger books will be released between 2015–2020, some expanding on past work and others entirely new. He’ll revisit the Caulfield and Glass families, completing these stories, and muse on the Vedanta religious philosophy. As suggested by the film, Salinger does indeed like to do things on his own terms, and he’ll get that final word. ■