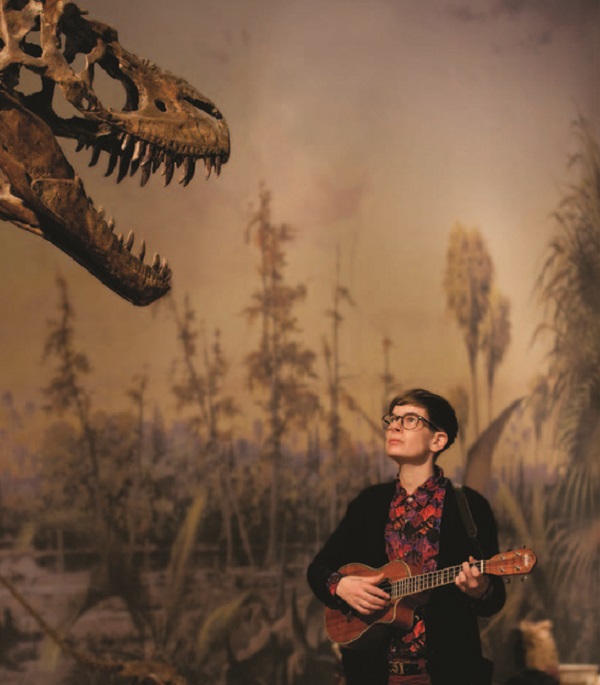 Rae Spoon in My Prairie Home

Alberta-born and Montreal-based transgender artist Rae Spoon (who prefers the pronoun “they”), has gifted us with seven solo albums, three collaborative albums and a book of short stories (First Spring Grass Fire) over the past decade. Now making its Quebec premiere at the Montreal International Documentary Festival (RIDM) is My Prairie Home, a documentary-musical-road movie by Chelsea McMullan that explores Spoon’s Prairie roots and the meaning of “home.” It was made, of course, in conjunction with the album of the same name.

The film — which can feel a bit sparse at first, like Spoon’s music or the Prairies themselves — picks up with the first musical number “Cowboy,” sung in a road-stop diner as Spoon wanders between the colourfully upholstered booths of coffee-drinkers and breakfast-eaters, guitar in hand. The flick is comprised of these music video-esque numbers, spliced between voiceover narrative by Spoon about their history and childhood, with beautiful images of the Prairies or long Greyhound journeys. Also in the mix are these revelatory and intimate moments of Spoon discussing their abusive childhood, living with a schizophrenic, rapture-fearing father or reading excerpts from their work about happier times, such as their first brush with love.

The musical numbers certainly add a playfulness to the peripatetic songwriter, after they manage to break your heart with tunes like “bethelightbethelightbethelight,” or when a poignant truth is told. “I Want” and the phenomenal “Love Is a Hunter” spring to mind as my immediate film favourites, but that’s not to say that others won’t stick out to another viewer.

The only thing that the film is lacking is more. You want to know more about Spoon. There’s something to be said for keeping people guessing, but the film is more akin to having an interesting and honest conversation with someone that’s cut short. But instead of being able to pick things up next week over another cup of coffee, you have to be happy with the brief time you did have.■

For more about Rae Spoon. head here, and for more on Chelsea McMullan, head here.