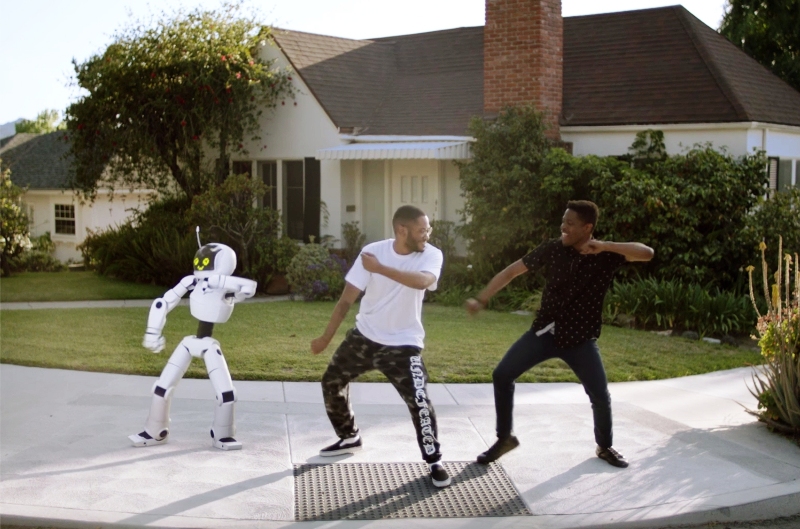 2016 continues to bring an abundance of quality new music by local bands, and as you’ll see in the dozen videos below, they (and their collaborators) have a real knack for visuals, too.

Producer Kaytranada, who recently released his debut studio album 99.9% (XL Recordings) to great acclaim — and who was voted #2 Best Electronic Act in this year’s Best of MTL readers poll — has released two videos over the past month. See “Glowed Up” here, and watch a sick bit of robot/human choreography, directed by Martin C. Pariseau, here:

Made in collaboration with the Creators Projects, and more specifically Pierre Tremblay, Patrick Rochon, Thomas Csano and Annie Sama, this “carnival of light” repping a track by sci-fi R&B chanteuse APigeon is one of those rare clips that merited a making-of video in its wake. Watch the full video first:

Wake Island‘s new LP Out showcases the band in transition from rock to electronic act, and this track captures their dancefloor potential. Matching the digital vibes of the song is 3D photography and compositing by Elie Zananiri in this video, directed by Epher Heilland:

A laundromat is the saucy setting for the latest video by synth-pop/R&B artist Jef Elise Barbara, (directed by Alexander Storm), for the title track from their new EP.

Essaie Pas, the duo that launched their latest LP Demain est une autre nuit on DFA Records (and appeared on the cover of Cult MTL) earlier this year, have a retro-futurist synth sound that director Kaspar ’89 matched pretty perfectly with this video. Dig the Euro urban malaise:

Red Mass — led by longtime local garage/punk player Roy Vucino (also of PyPy, Birds of Paradise and a number of bygone bands including CPC Gangbangs and les Sexareenos) — recently released the Rouge No2 EP (via Mondo Mongo/Slovenly), “a francophone freak-rock” record inspired by the 1981 horror film Possession. This lo-fi transmission video was directed by Nelly-Eve Rajotte:

Solids released the Blank Stare EP on Topshelf Records/Dine Alone just over a month ago, following up their 2014 LP Blame Confusion. Get a feel for their weighty neo-grunge style via this animated video, directed by Emilio Esteban:

Timed to coincide with the release of their new EP Always on May 27, and its hometown launch on May 26, the World Provider released a brand new video this week, directed by Bryce Cody. This is the most fun lo-fi action I’ve seen in a while:

Krief, “Life As It Happens”

Patrick Krief will soon release his first solo album since leaving the Dears, who he played guitar and wrote with for the past decade. This is a first taste of Automanic, a lyric video directed by Christopher Mills: