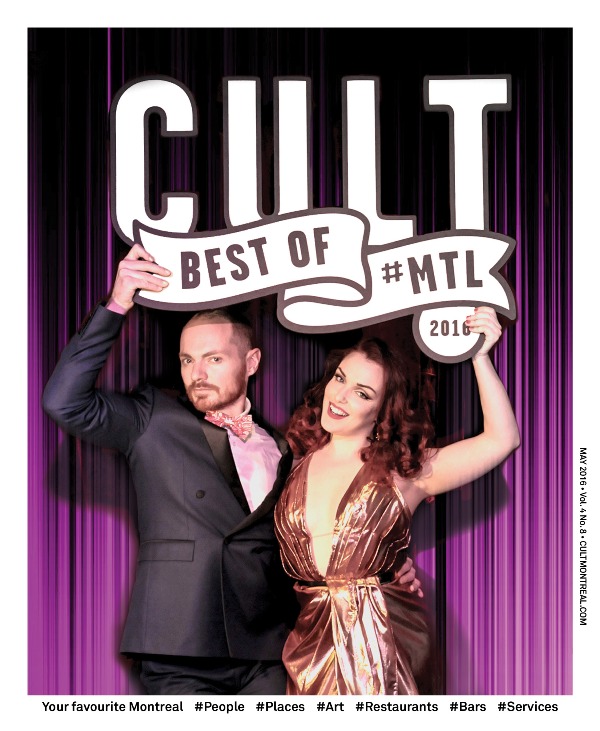 The cover of Cult MTL (May 2016), featuring Tristan Ginger and Audrey Ivory. Photo by Cindy Lopez, design by TagTeam

Throughout March and April, Cult MTL readers and other savvy citizens voted for all their favourite local things in our annual survey, launched in 2012 in the decades-old tradition established by the city’s alt-weekly newspaper the Mirror (RIP).

The poll is open and democratic, with no editorial influence or interference, and ballot-stuffing is automatically weeded out by our survey software. We are always glad to see so many people make an event of voting via social media campaigns, and while we can’t resist sharing the occasional third-party get-out-the-vote tweet, we otherwise remain neutral during the polling period.

Keep an eye on cultmontreal.com through the month of May and beyond, when we’ll be featuring a series of interviews with Best of MTL winners.

We thank everyone who voted and promoted the poĺl. Participation continues to grow every year, making the 2016 results more representative of the city than ever.

To all the winners in the following 150+ categories: congratulations.

See the rest of the Best of MTL here: