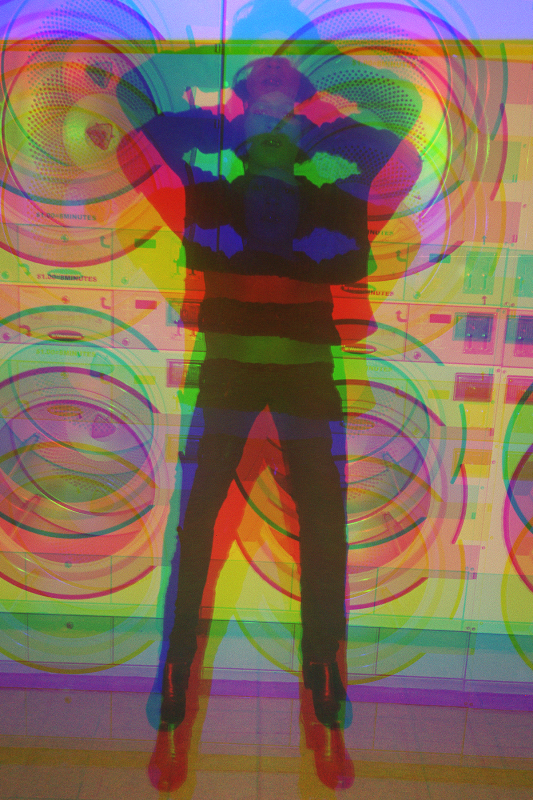 In December of 2013, the artist then known as Jef Barbara appeared on the cover of Cult MTL alongside three other locals who’d had career breakthroughs that year. After emerging as Jef and the Holograms in the late aughts (in collaboration with Mélanie Levitte), releasing the Truly Contagious EP during that phase in 2009, followed by an LP as Jef Barbara (2010’s Contamination), the synth/pop/R&B/funk fusion that had been evolving over those early years seemed to coalesce on 2013’s Soft to the Touch. (See a great video for the album’s title track here). But before long, Jef Barbara seemed to disappear.

“I feel like I’ve been pretty off the map,” Barbara says. “I spent half of 2014 in Paris and that was based on the fact that I was signed to a label there, which allowed me to spend a lot of time in Europe. After that, I was not contemplating quitting music altogether but I was not into it at all, not even playing shows for the past year and a half.”

The European experience was bittersweet — positive in terms of a connection with audiences and listeners, but negative on the business front. But disenchantment with the industry wasn’t the only reason for Barbara’s break from music. The past year has been a time of personal exploration and reflection, “reading stuff like Bell Hooks and having some awakenings about being a queer person of colour (QPOC) in society.” 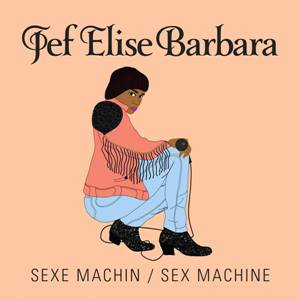 Out of this period of reflection came an identity change. Last week, after artwork for Barbara’s upcoming single “Sexe Machin/Sex Machine” (out on Fixture Records, May 13) revealed a name change — to Jef Elise Barbara — the following post appeared on Facebook:

“I know this will come off as the most non-news news this year but I am transgender … I figured it would make sense to set the record straight with you Barbaraphiles and Barbaraphyte. Please note that the correct pronoun to refer to me is ‘they/them/their’ and that I still answer to Jef on a first-name basis.” (See the complete post and the response here.)

Earlier this year, a local organization called Taking What We Need began hosting events to raise funds for low-income transwomen. Barbara’s public involvement in TWWN since its founding last year may have been indicative of a transition in progress, to anyone who may have noticed, but during their break from music, working for the cause took precedence over adjusting public profile.

“I’ve never really done any proactive community work before,” Barbara says. “It’s been fun and quite challenging. It’s something I’m extremely proud of.”

Being openly trans will bring new challenges, but Barbara already has plenty of experience as an artist who also happens to be QPOC.

“I think anyone could attest to the fact that there is such a thing as positioning cis gender heterosexual white male perspectives as the norm,” they say. “I’m sure it’s something that even cis gender heterosexual white women have to experience to an extent that is probably not as deep as a feminine-presenting QPOC. A lot could be said about the expectation that a QPOC will stay in the black lane as an [artist]. It’s something I’ve experienced coming from other bands, from bookers, from journalists. I feel like we’re all imbued with certain ideas about what is good and how people should be. Oppression can manifest itself in weird ways.”

Over the past seven years in the music scene and as a touring artist, Barbara has noticed a degree of progressive evolution in this area, particularly on the local front.

“There’s definitely a higher degree of openmindedness, not necessarily as far as demand for more QPOC or women or sexual and gender minorities, but also in terms of more openness to different genres. There’s something that could be said about organizers of an all-encompassing music show or festival who don’t want any R&B — you have to understand what the implication of that can be.

“For a while I wasn’t sure whether I had my place in the Montreal music scene, but I see it now more than ever. I have people contact me saying, ‘I started making music because I saw you. You inspired me so much.’ That’s really cool.”

Before disco/no wave strut of “Sexe Machin/Sex Machine,” there was “A Perfect Day,” a dreamy, kitschy cover of a song by an obscure British act of the 1980s called Rexy, featured on A Fixture Records compilation — see the video here. Though quite removed from the new single sonically and stylistically, “A Perfect Day”‘s reimagining of mid-’80s pop/funk does share some common ground with the new material, particularly with the B-side “Sorcerer’s Delight,” another cover of a 1970s song (by Michael Angelo).

Similarly, “Sexe Machin/Sex Machine,” co-produced in a transatlantic collaboration with French producer Pieuvre, is not a precursor to Barbara’s next LP, the recording of which is already underway. Barbara has begun recording at the Bottle Garden, an all-analogue studio in Montreal run by their friends Caitlin Loney and Peter Woodford of the band Freelove Fenner. According to Barbara, who made the single there and returned to make the album, the experience was as fun as it was challenging.

“It’s just a really great experience being there,” they say. “Of course working in an all analogue environment has its quirks compared with a digital studio — you’re sometimes forced to make decisions that you can’t really go back on.”

As for the live presentation of new and upcoming material, Barbara says that contemplating a new show, and particularly a backing band, comes with some reluctance and anxiety.

“The previous incarnation of Jef Barbara as a band was so good, and I just really want to live up to that expectation,” they say, explaining that this week’s single launch will be “a breezy afternoon thing with sandwiches and virgin drinks” as opposed to a gig. However, Barbara accepted an offer to headline and curate a show at la Sala Rossa on June 3 as part of the Suoni per il Popolo festival — there’s nothing like a hard deadline to overcome your fears and force you into action.

“I decided to plan an event centred around the theme of blackness and the rejection of racialized tropes within white spaces. I’m super excited about that,” they say. “I started putting a band together, and there are not too many fellow musicians in my community that are of Sub-Saharan African descent, but I have a few ideas. It should be great.” ■