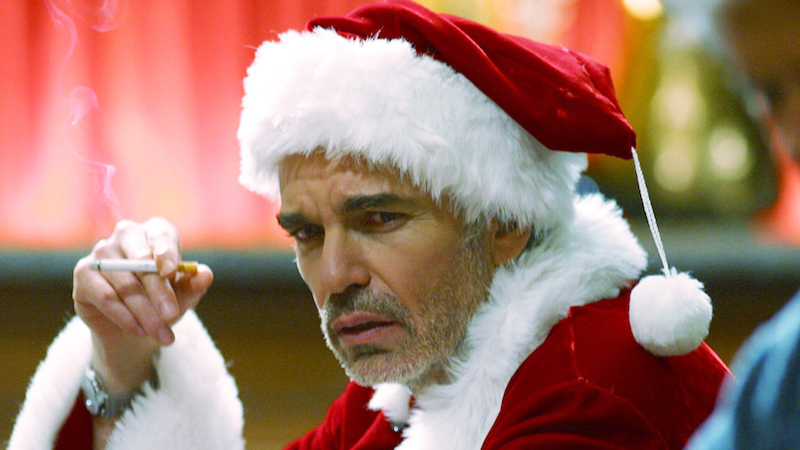 If you’re celebrating today, then eat, drink and be merry this Christmas. Watch Bad Santa, or that new Kurt Russell Santa Claus thing on Netflix in your downtime.

But if you’re not doing the festive thing today, there are always things to do in Montreal.

It’s a statutory holiday, however, so you’ll have to contend with a lot of places being closed: government offices, banks, large grocery stores, retail stores, museums, most restaurants, some small dépanneurs, many bars, clubs and music venues.

As for everyday city services, the STM is running on a Sunday schedule, garbage pick-up in most boroughs will be postponed by one day and mail will not be delivered.

Movie theatres, however, are totally open. Our #1 recommendation is Yorgos Lanthimos’s The Favourite, which has been embraced by critics (including with our own Alex Rose — see his review here) not to mention the Golden Globes (five nominations), though you would also be well advised to see Spider-Man: Into the Spider-Verse, the animated superhero sleeper hit, the Japanese film Shoplifters (93% on Metacritic!), the Mexican film Roma (Alex raves about it here) and, opening today, Adam McKay’s Dick Cheney comedy starring Christian Bale (!!!), Vice — Alex didn’t love it, but with six Golden Globe nominations, a great cast and a director/writer who made Anchorman and The Big Short (and was once the head writer at SNL) at the helm, it could provide the weird kicks you need to get through the day.

A lot of Chinese restaurants in Chinatown and Indian restaurants in Parc Ex are open today, and some restaurants are offering festive meals, namely brunch at Café Floraison, a vegan potluck at the Herbivores vegan market and a buffet dinner (or very late lunch) at the casino’s Pavillon 67.