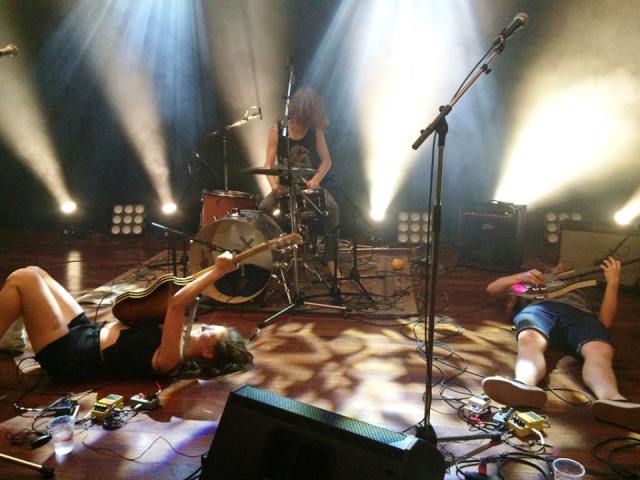 The Passovah music festival begins today. It’s a big year for the fledgling festival, which has expanded to five days and spread out to six venues. The line-up of mostly Montreal-based acts (playing mostly indie rock, pop, electronic, folk and rap music) is more impressive than ever, and while tonight’s opening show is sold out (and tomorrow’s Sam Patch show — the debut of a solo project by Arcade Fire’s Tim Kingsbury — is likely to sell out), there are plenty more Passovah shows to see, with multiple options every night, Thursday through Sunday (including a second chance to see Miracle Fortress).

Tap in to Passovah 2015 with this handly informative playlist repping one artist from (nearly) every festival show this year:

Graham Van Pelt’s primary project hasn’t made a lot of noise since this new video dropped last fall, all the more reason to check out this show, where he’ll share the stage with Spencer Krug & co. in Moonface, as well as DJ L.A. Foster. Théatre Fairmount (5240 Parc), Wednesday, Aug. 26, 9 p.m., SOLD OUT.

A lovely video by this local post-punk/shoegaze band, from the record All Things to the Sea. (And in case you missed it, their cover of the Knife’s “Pass This On” is pretty great.) They’re playing a stacked bill just ahead of headliner the Luyas, along with Joyful Talk, Black Givre & Sonya Stefan and Katie Ward. Casa del Popolo (4873 St-Laurent), Thursday, Aug. 27, 8:45 p.m., $10

Check out this video by Montreal electro-rock trio Technical Kidman, for a track off their 2014 EP A Stranger Voice. The band will be opening a Passovah show featuring UN, Saxsyndrum, Bataille Solaire and happymovie. La Vitrola (4602 St-Laurent), Thursday, Aug. 27, 8 p.m., $10

This local francophone indie pop act will be performing the last show in the album cycle for their second record, Composite, so it’s your last opportunity to see them for a while. They’ll be playing alongside somewhat likeminded locals Receivers and Blood and Glass. Sample their vibe with this mesmerizing video, released back in May. Bar le Ritz PDB (179 Jean-Talon W.), Saturday, Aug. 29, 9 p.m., $10

Catch the glow of this band’s golden pop/rock sound via this video for “Ghost,” released in the dead of winter 2015. Sunfields are wedged into the middle of a Passovah Fest bill featuring Mehdi Cayenne Club, Kurvi Tasch Neil Holyoak and Bud Rice. Brasserie Beaubien (73 Beaubien E.), Saturday, Aug. 29, 8 p.m., $10

Jenny Berkel, “All That You Do”

Sample a track from Pale Moon Kid, the forthcoming album by this folk artist, performed in this video with Daniel Romano (the record’s producer) and the Trilliums. She’ll be playing Passovah following a set by Dern Kean and an Incredible Woman, and before headliners Wintersleep and Wake Island. Bar le Ritz PDB (179 Jean-Talon W.), Sunday, Aug. 30, 8 p.m., $15/$18

Pang Attack may be the Montreal indie pop hidden gem you’ve been waiting for. Would it surprise you to know that some of its band members moonlight in a Smiths cover band? See what they can do when they headline a Passovah show featuring Soft Cone, Daniel Isaiah and Birds of Paradise. Brasserie Beaubien (73 Beaubien E.), Sunday, Aug. 30, 8 p.m., $10