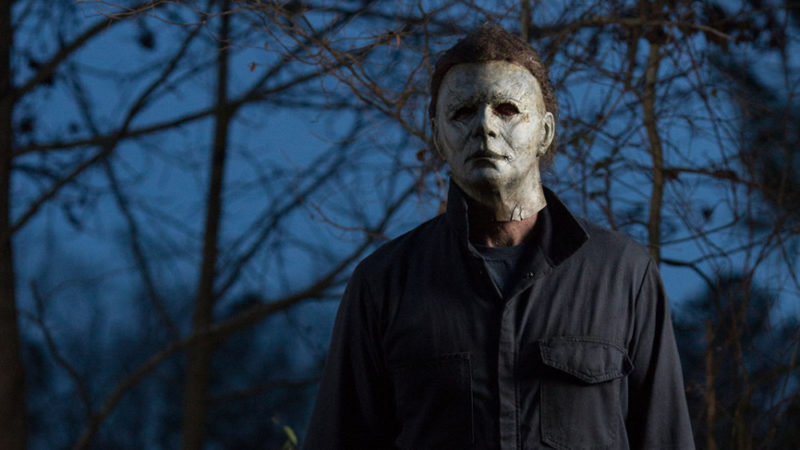 There are all kinds of people that land Press & Industry passes at TIFF, but even the people who are here solely for press have very different needs. The kind of journalist I feel for the most right now are the ones who have to be the first out the door: people who write for publications that prioritize the “scoop” of the hot take. These are people who watch a movie and immediately run out the door to produce a 1200-take that immediately goes up on the website. Often, these remain the publication’s “official” take on the film, meaning that they will republish this interpretation that was written huddled in the corner of a movie theatre mere minutes after the credits rolled. Mostly I feel for these people because it’s simply not enough time to truly digest something (unless, I guess, it straight up stinks without the semblance of nuance), but I also feel because these are the pieces that people then have to grovel over three months later when the culture suddenly backlashes on whatever they talked up.

But this morning I feel for these people mostly because I was up until 2 in the morning watching the new Halloween movie and, when I woke up, I could already read the hottest of takes. I imagine they didn’t have a screening to get to in the morning. And if they did, well, have mercy on their mortal souls.

Though follow-ups to John Carpenter’s seminal, oft-imitated-but-never-bettered slasher have been fairly common in the last 40 years, this particular iteration has a few things setting it apart. It has Carpenter’s blessing, for one; he even did the music for it, just about the only creative endeavor he’s still up for these days. It comes from David Gordon Green, a director that has never really worked in horror but has proved to be fairly versatile from genre to genre. It brings back Jamie Lee Curtis, though she’s done that, too, and it has decided to completely do away with any mythology that has happened between the first film and now. Suffice to say that Halloween was my #1 wild card of the festival this year, because I truly didn’t know what to expect.

As it turns out, Green hasn’t exactly set out to reinvent the wheel. His Halloween is very much in line with the current trends in remakes, meaning it pays out plenty of fan service while also subverting the tropes of the original and jacking up everything – the gore, the style, the humour, the music – a notch or two. It mostly works: Green is a gifted visual stylist who understands how slashers have progressed in the interim, and even the poke-in-the-ribs fan service is done with panache. I could have done without some of the overt comedy, most of which comes in the form of supporting characters that all kind of sound like co-writer Danny McBride. I love the original Halloween but I’ve long come to realize that not much is sacred in the world of remakes, as far as I’m concerned, and this particular update is a lot of fun.

Halloween is in theatres October 19th. 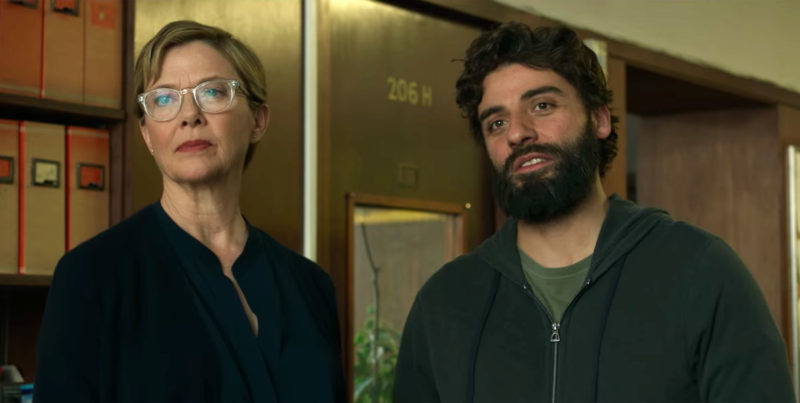 If you didn’t know that director Dan Fogelman’s primary outlet is screenwriting, you’d be able to tell about five minutes into his new film Life Itself: it’s the most writer-y, most pleased-with-itself bit of meta fuckery you’re likely to see this year. Life Itself plays like an extremely condensed season of This is Us, the weepy drama series that Fogelman created; like that show, it’s concerned with the things that make us all human and the way that life inevitably intertwines beauty and tragedy and pathos and anger and disappointment and lust and so on.

The plot is much too complex to sum up in a capsule (another sure-fire sign that a writer is feeling it a little too much), but suffice to say that it involves the personal dramas and life-changing events of a handful of people over the course of decades. One man’s tragedy is another man’s life-altering miracle, sometimes someone close to you has to die horribly in order to make you who you are, etc. In his defense, Fogelman does have some degree of self-awareness when it comes to the starry-eyed ambition of the story he’s telling; since the film is also explicitly dealing with narrative (Olivia Wilde plays a grad student whose thesis centers on the idea of the unreliable narrator), it can literally spell out what it means.

Fogelman is essentially working without tethers, allowing any screenwriting trick to slip in and change the course of the story. It’s frankly exhausting how much ground the movie covers and how deeply it requires us to care for characters it then turns around and explicitly identifies as pure storytelling convention. There are good performances (Mandy Patinkin really gets to bite into some juicy profanity in his relatively small role) and decent moments, but the whole thing is so insanely far-ranging yet specific that it can’t ever come close to gelling. This kind of outsized ambition rarely works out in anyone’s favour, and while I don’t really agree with the general building consensus that this is 2018’s Collateral Beauty (a film that shares some thematic similarities but completely lacks any self-awareness), it’s a scattershot mess at its very best.

Life Itself is in theatres September 21st. 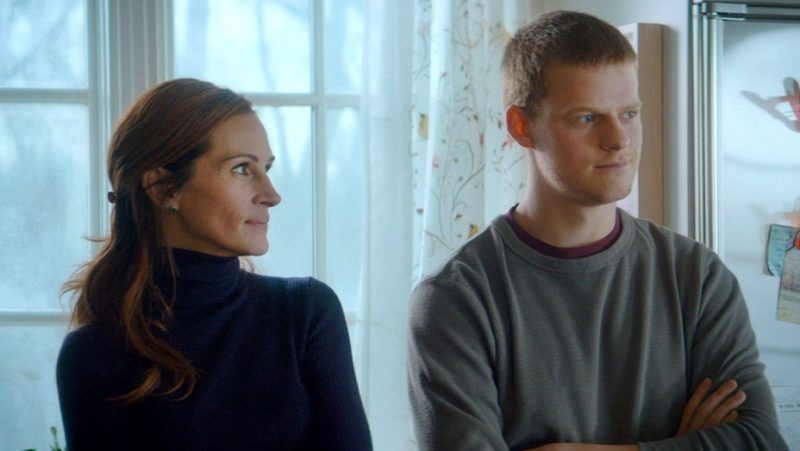 Peter Hedges has focused his entire career in telling stories about families; Ben is Back is his darkest and most successful paen to dysfunction, an addiction drama wrapped in you-can’t-go-home-again angst that slowly but irretrievably turns into an unusual thriller.

Lucas Hedges (the director’s son) stars as the titular Ben, an opioid addict who lives in a recovery facility away from his doting mother (Julia Roberts), aggravated stepfather (Courtney B. Vance), teen sister (Kathryn Newton) and the younger siblings that are the product of the recomposed family. Ben has decided to come back for the holidays even though they’ve typically led to relapse; the family associates the holidays with Ben-led anguish, so they’re understandably reticent to let him back into their lives. When a figure from Ben’s past leads to the disappearance of the family’s beloved dog Ponce, Ben and his mother must head into the night to right the wrongs that Ben has spent his entire life sowing.

I say that Ben is Back turns into a thriller, but it’s not exactly accurate. From its first moments, it’s an unnerving take on the family drama, shot in queasy handheld and holding the possibility of relapse over the characters’ heads. Hedges and Roberts are simply remarkable in a film that offers no easy answers. Though I think that the overt thriller elements the film employs in its second half are a little boilerplate considering the rest of the film, Ben is Back is a novel and gripping take on a topic that can sink into the familiar and overwrought fairly easily.

Ben is Back is in theatres December 7th. 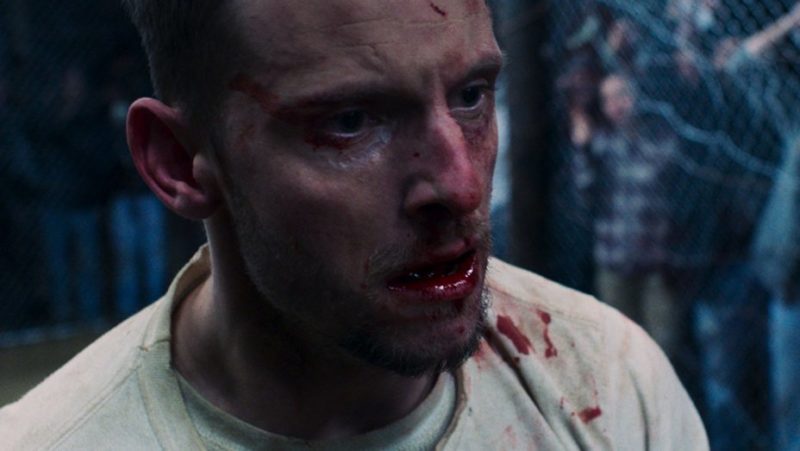 Director Tim Sutton (Memphis, Dark Night) makes a move towards the mainstream (or, at least, the more traditional) with Donnybrook, a thoroughly unpleasant but compelling meth noir. It wallows in ugliness in a way that hasn’t found it too many fans at the festival this year; its edginess can feel forced, but I tend to give some amount of props to any movie that can keep its outlook this bleak from second one.

Jamie Bell stars as Jarhead Earl, a former Marine who only wants the best for his wife and children. Unfortunately, that means falling in with a psychotic criminal (Frank Grillo) and his only-slightly-more-sane sister (Margaret Qualley), a thoroughly repulsive pair who have Earl’s wife hooked on opioids. The only way out Earl can imagine is making his way to Donnybrook, a mysterious underground fight club that promises $100,000 to the last man left standing in a no-rules bare-knuckle fight.

Set less in a criminal underworld than a criminal primordial muck, Donnybrook is a fairly difficult watch; there’s not much hope or humour in this whole thing, and Sutton revels in the ugliness so thoroughly that he threatens to come out the other side as celebrating this kind of ugliness. (The high point of this particular stream of jet-black unpleasantness is likely the scene where Qualley has sex with a man Grillo has just beat the shit out of, only to shoot him in the head as he ejaculates.) Gritty crime dramas like this one are generally what the French refer to as extrêmement mon shit, but even my nihilism has a breaking point. More nihilism, blood and emotional gut-punch moments aren’t necessarily better, but I guess you have to try it out to know exactly how far it can go.

Donnybrook does not currently have a Montreal release date.