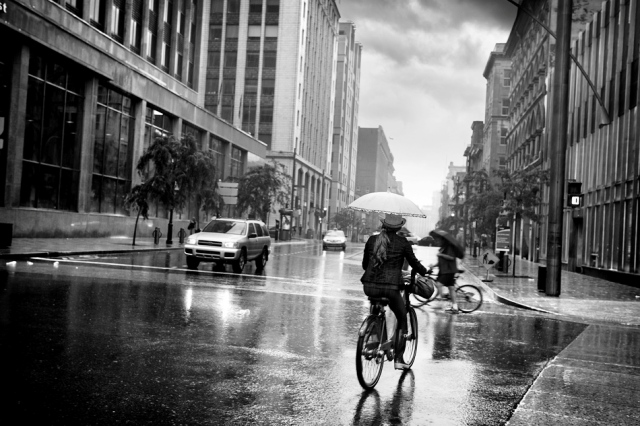 With rain due to last until at least the early afternoon, some outdoor events may be called off.

We can confirm that Film noir sur le canal’s screening of Bogey/Bacall classic To Have and Have Not has been rescheduled for Monday night.

If you’ve haven’t been to Montreal Comiccon yet, today is your last opportunity to shop for comics, art, toys and all kinds of sci-fi, fantasy, horror and comics merchandise, get autographs from actors and artists and gawk at the hundreds of cosplay enthusiasts jammed into the space — for a taste of the latter, see our first Comiccon 2016 costume photo gallery here. 201 Viger, 10 a.m.–5 p.m., $42/$125 VIP

There are two major sports events wrapping up today: Wimbledon (11 a.m.), with Canadian tennis star Milos Raonic playing Andy Murray (he’s already made history as the first Canadian man to make the singles final — if he wins, it will be huge) and the Euro Cup (3 p.m.), with France playing Portugal — this is obviously a huge game for Montreal, given our considerable France-French and Portuguese communities, whose parading soccer fans have been known to clash at the corner of St-Laurent and Mont-Royal post-match. Loads of local venues will be screening this match — see a partial list here. We’re having less luck finding places for the cable-less to watch Wimbledon, but cafés with TVs are a good bet — we suggest picking your favourite spot and calling ahead.

With the Jazz Fest clearing out of the Quartier des Spectacles, l’Astral has opened up for non-festival shows, and tonight a handful of cool, rock bands are playing: locals le Trouble and les Deuxluxes as well as Brooklyn’s Spirit Animal and Brisbane’s DZ Deathrays. 305 Ste-Catherine W., 7:30 p.m., $13