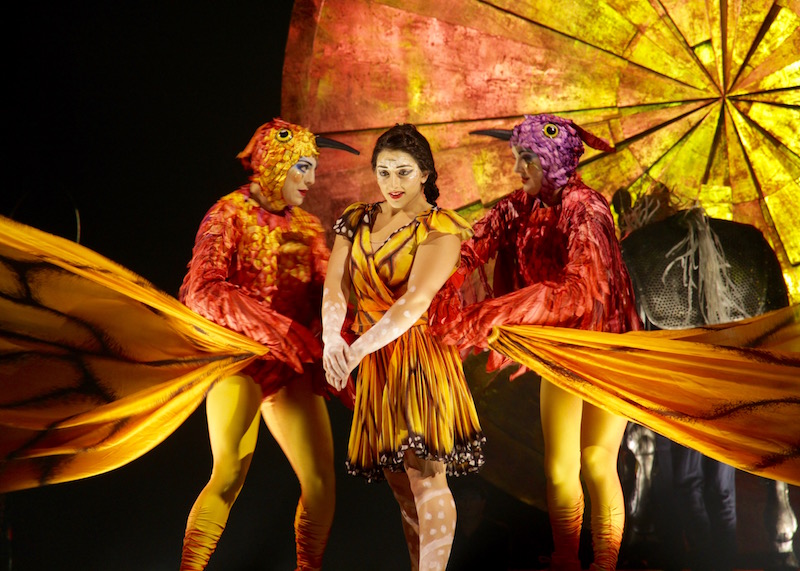 Luzia. Photos by Lisa Sproull (scroll to the bottom for the full gallery)

It was a full house at Cirque du Soleil’s Old Port performance space on St-Jean Baptiste Day, when vacationing tourists and locals off work gathered to witness a matinee performance of the company’s latest production, a dazzling tribute to Mexico called Luzia.

A couple of hours before the show, part of the Cult MTL crew was invited backstage for a tour. We walked alongside the fence around the site, where we were let in to circle the big top and enter a second tent that houses rehearsal spaces, and the costume, prop and make-up zones — the fact that all the performers learn to do their own make-up and apply it for every performance was news to us. Some of the more elaborate costumes were located elsewhere — one of the singer’s outfits, a white dress with dozens of fake flowers sewn into the skirt, was suspended from the ceiling — but we certainly got a feel for how sturdy the performers’ costumes are, like the reflective one-pieces worn in one segment of the show, which look like they’re made of mirror shards. 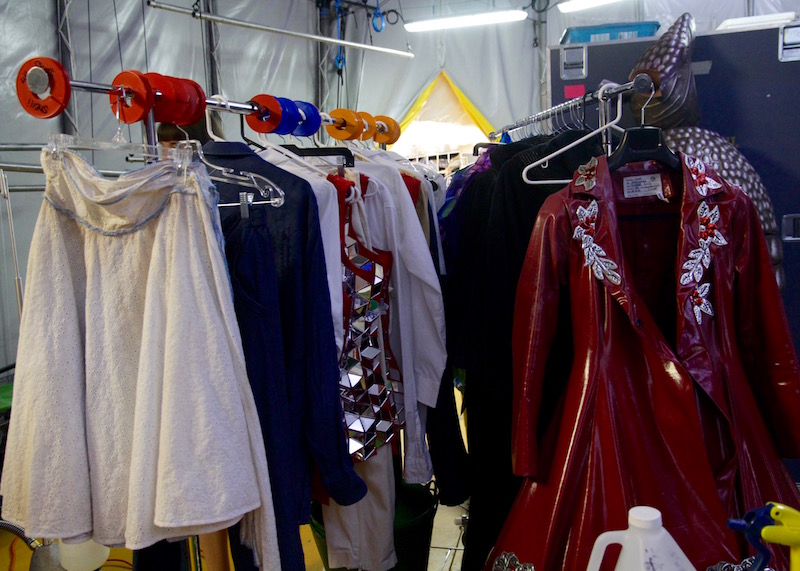 After checking out the animal costumes (a horse, a tiger), each worn and operated by two or three people, we were led through a dark passage to the connected main stage, where performers were practising part of the show’s grand finale on a pair of giant swings, with safety nets and mats. I’m sure I’m not alone in feeling nervous watching risky jumps and balancing acts during circus shows (not to mention sitting close to the stage, wondering what I’d do if an acrobat was propelled into the crowd), but I’ve witnessed very few fumbles of any kind at Cirque show, and (knock on wood) no falls. 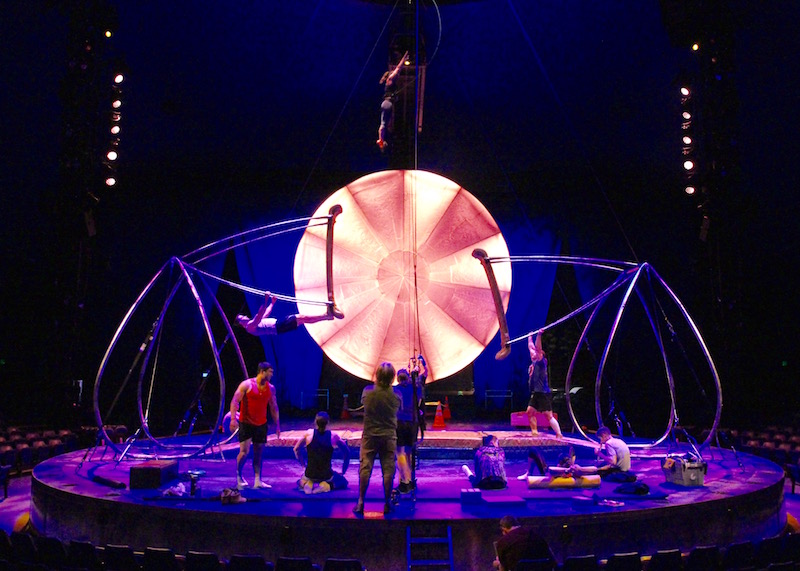 After killing a couple of hours, escaping the blazing afternoon heat at Taverne Gaspar on de la Commune, we made our way back to the big top to watch the show. Barring the Beatles Love show in Vegas, Luzia is the most impressive of the half-dozen Cirque shows I’ve seen.

Predictably, it was visually spectacular, with ingeniously engineered and beautifully designed set pieces and a fabulous colour palette dominated by primaries, particularly yellows and golds. The clown antics of the show’s central character were genuinely funny, and even the music is tight — largely instrumental but partly sung (in Spanish) and played live, it evokes Mexican culture the way the rest of the show does: with a lot of poetic licence. As with their artist-tribute shows (to the Beatles and Michael Jackson), Luzia is more homage than representation, “an imaginary Mexico” inside a waking dream. This sets the stage for Cirque to do what they do best: presenting their cast of 44 highly skilled acrobats, strongmen, contortionists and other performers in an exquisite, surrealist (and in this case, magic realist) dreamscape.

When the curtain call came around and we rose for the well-deserved standing ovation, we looked around us and saw a number of awe-struck children in the audience — the right kind of circus show can make you feel like a kid, too, and Luzia is definitely one of them. ■

Luzia is on through July 17. For the schedule, ticket and location information, visit the Cirque du Soleil website.