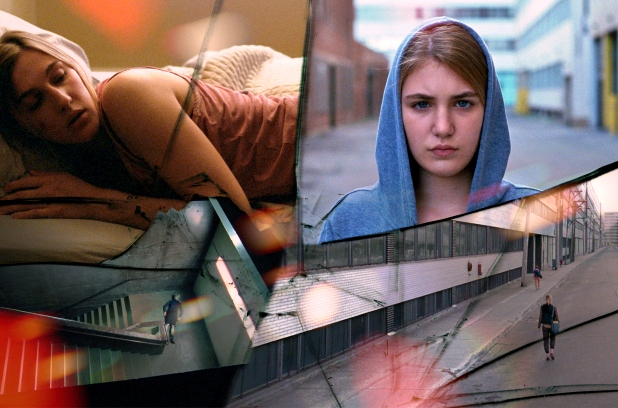 “A lot of people talk to me about the film 24 hours later. It would’ve been great if we’d had 24 hours to talk about it,” says André Turpin at the beginning of our conversation. I’d seen his newest film, Endorphine, that morning; before I’d sat down with Turpin and the three actresses of the film, I’d had no one to bounce ideas off of. Endorphine lay heavy in the pit of my stomach.

“It’s a movie that stays with you and pops back up the next day, especially if you’ve slept on it… And especially the second time you see it. It plays out differently, it helps you abandon your traditional approach to watching movies and lets you go along with the ride, so to speak.”

Turpin is an experienced cinematographer who’s worked on films by Quebec luminaries like André Forçier (La comtesse de Bâton Rouge), Denis Villeneuve (Incendies, Un 32 aout sur terre, Maelstrom), Philippe Falardeau (Congorama, C’est pas moi, je le jure) and Xavier Dolan (Mommy, the Hello music video). It’s been 14 years since Turpin’s last film Un crabe dans la tête swept the Jutra awards, but unlike Un crabe…, Endorphine is light on dialogue and even lighter on notions of traditional narrative, bouncing back and forth chronologically between three women who may or may not be the same woman at three different points in time.

Endorphine works on a sort of dream logic where events flow into one another, keeping some similar attributes without necessarily making sense together. It’s a sensory experience that’s both trippy and alienating, a “difficult” viewing experience that’s designed not to be a puzzle where all the pieces fit neatly together.

“While we were editing it, there was question of having a more expositional ending. The scientific conference was much longer, more expositional and more philosophical. I decided to do away with it because I felt it gave the “key” to the film, in a way. When you’ve got a film that’s as mysterious as this one and someone gives you the key to decipher it, your brain closes the enigma. It concludes the mystery. I think it’s fairly audacious not to give the audience the key — although there’s more than one possible explanation – and I think the film has the advantage that it leaves it open-ended.”

“It’s very audacious to tell a story that deconstructs itself as it goes along,” says Lise Roy, who plays the oldest incarnation of the three Simones in the film. Her character, a professor, spends a significant portion of her screen time giving a lecture on quantum physics. “It still has a throughline with the three women, but it’s extraordinary for me to be part of a film that merges quantum physics with daily life. That’s really what it is — the quantum physics theories that have come out in the last century, that’s really what the film is about. These people who study the universe and the infinite, like Einstein, who discover things that us common mortals see and are simply blown away by.”

I bring up that the film has some qualities that we typically associate with the films of David Lynch without really falling into the grotesque, phantasmagoric quality of many of his films. Endorphine is dreamlike without really speaking the same language as the man who has essentially defined what dreamlike qualities in cinema look like.

“What I like about Lynch is really the narrative structure over the horrific, weird imagery,” says Turpin. “What I like about his three last films is how the narrative becomes circular in Lost Highway or how Mulholland Drive shows the two sides of the mirror… It’s really more that playful narrative structure that impresses and inspires me. What I really took from Lynch is the use of déjà-vu and of familiarity without ever expressing whether what we’re seeing is a nightmare or not.”

“To my eyes, it’s like — I don’t want to say a video essay, because there’s definitely a narrative aspect to the film,” Turpin continues. “When I present the film in festivals, I tell audiences… and I’m wondering if I’m not just going to go to theatres and do this in Montreal, because it really makes a difference… what I say is that while there’s absolutely a puzzle-like aspect to the film, audiences seek to ‘solve’ the film in a way that most films have accustomed us to. What I propose is that audiences just sit down and live the trip of the film. I want audiences to dream the film; the film starts off with a realistic logic, but don’t hold on to that; try to lose yourself in it.” ■

Endorphine is in theatres now.