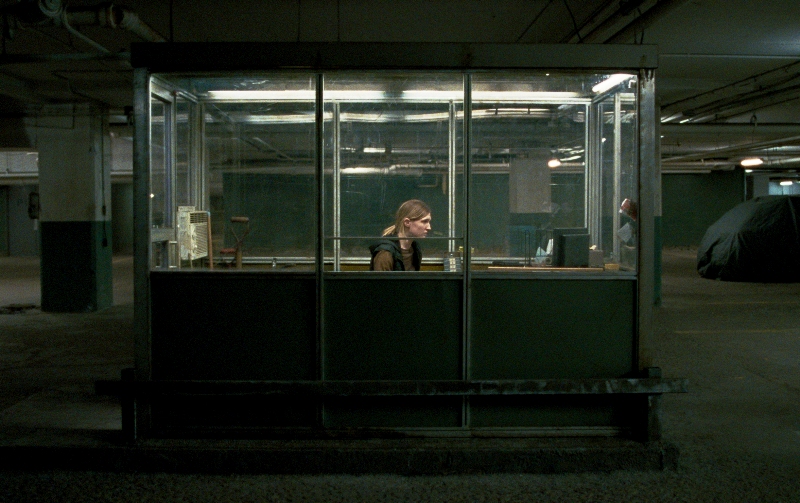 National Theatre School graduate Mylène Mackay is making her feature film debut in Endorphine. The iteration of Simone she embodies is a socially awkward 20-something photographer who works in a gloomy parking garage. Wracked with social anxiety and delusions (not to mention the possibility that, like the Simone played by Sophie Nélisse (see my interview with her here), she has never truly come to terms with witnessing her mother’s death), she harbours a crush on an actress who lives across the street but finds herself unable to speak to her.

Unlike the other Simones, Mackay’s Simone 2 has almost no dialogue, and when she does speak, very little of it makes sense. Her character spends almost every scene alone. “I wasn’t alone on set, of course, and I didn’t feel alone making the film,” she explains. “In fact, it’s a very interesting acting job because it all happens inside. For me, it really started with physical work. There were things going 100 miles an hour in her head, but she could never get them out. When she manages to get something out, it’s never much more than a mumble. She’s really socially awkward. In a lot of ways, it was a great acting challenge not to be able to depend on speech to embody her.”

The sections of the film starring Mackay are the most solitary ones in this often disorienting film. One of the key elements of the film is that Turpin keeps it ambiguous whether the Simones are three different women, the same woman at different stages through time or three distinct women living more or less the same dream. “I was the first part that we shot; I knew it contained the more nightmarish aspects of the story,” she explains. “It was clear to me what universe I was in, but I couldn’t go and watch what the others had done. All of it was done in a parallel manner, so we had to feed off of different sources. I don’t know if it would really have helped me to know what was going on with the other Simones.” 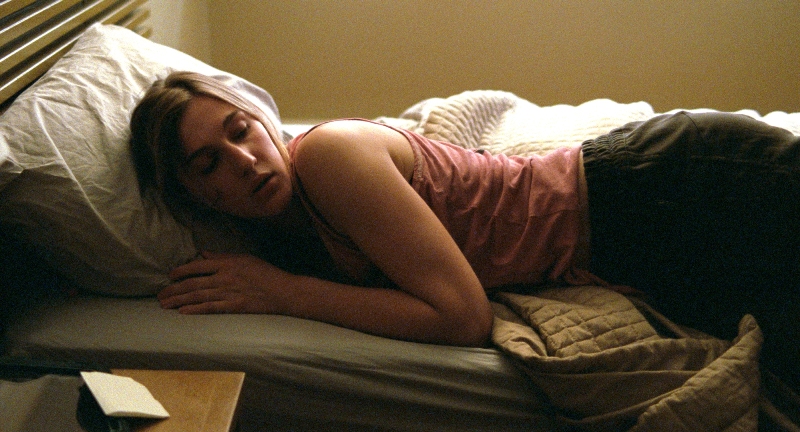 Endorphine is Mackay’s first role in a feature-length film; she’s mostly familiar to audiences for her roles on television, though since wrapping Endorphine, she’s also shot a film for André Forcier and appeared as the lead in Nelly, Anne Émond’s forthcoming film based on the life of writer Nelly Arcand.

“I was very, very happy that my first film was with André Turpin,” Mackay says. “I felt fortunate, I felt like it had been worth the wait! Landing your first big role takes a while, but now I know that when a role is meant for you, you don’t have to pull it desperately towards you. When it’s for you, it’s for you. I just felt ready and excited to make the film, and I met in André a great creative mind. André loves cinema; he loves playing and shooting and has passion for every single shot.”

Endorphine is the kind of film that pays off on multiple viewings. As my discussions with its stars and with Turpin progressed, I found myself becoming more and more enraptured with a film that I have to admit left me a little cold at first. Almost everyone, including Mackay, has had a similar experience.

“I’ve actually only seen the film once!” she says. “I can’t wait to watch it again to get something else out of it. To me, it’s truly an experience — I knew what to expect and I knew that it wasn’t built in a way that could be fully understood — but I was really happy to see how it unfolded. It’s always hard to watch yourself on-screen. I loved Sophie’s parts… and I loved the end!”

“I wouldn’t say it’s very glamorous,” she laughs. “It’s at the complete opposite of the film I made immediately after. I just finished the film about Nelly Arcand, and that one’s extremely glamourous! It’s all glitter and fake breasts! In fact, it’s the same director of photography on both films, and I know that when Anne Émond told her I was going to be in that film, she was incredulous. It’s so far from my role in this film!” ■