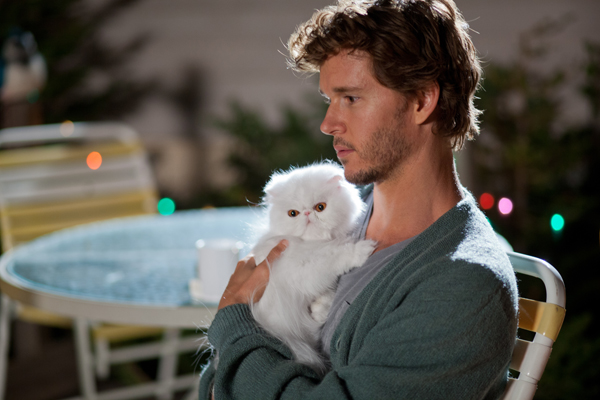 The Right Kind of Wrong

Paul Greengrass’s (Bourne Supremacy, Bourne Ultimatum) Captain Phillips is an action/drama starring Tom Hanks, based on the true story of the 2009 hijacking of the MV Maersk Alabama by Somali pirates, as documented in the memoir A Captain’s Duty: Somali Pirates, Navy SEALs, and Dangerous Days at Sea by Captain Richard Phillips and Stephan Talty. In his review, Gabriel Sigler called it a thriller that, “retains a strong emotional core while still being a slick Hollywood action film.”

If you’re missing True Blood, you can settle for rom-com The Right Kind of Wrong starring Ryan Kwanten, aka Jason Stackhouse. It doesn’t involve vampires, werewolves, faeries or shapeshifters but it seems to veer toward a similar level of cheese. A shitty boyfriend (Kwanten) falls in love with a bride (Sara Canning) on her wedding day and starts to follow her around in stalkerish ways that would normally get someone arrested.

Robert Rodriguez’s (Sin City) Machete Kills is the sequel to 2010’s Machete. The U.S. government recruits the killer to stop an arms dealer in Mexico. In his review, Alex Rose said that the flick “resembles nothing if not a gory, profane, cleavage-heavy Bond movie, complete with handy gadgets, ticking time bombs and over-the-top boat stunts.”
http://www.youtube.com/watch?v=BO1WwOQowlg

It’s been 17 years since the last film adaptation of Romeo & Juliet, so I guess we’re due for a new one. This version stars Hailee Steinfeld and Douglas Booth as the star-crossed lovers, Ed Westwick (Gossip Girl’s squinty Chuck Bass) as Tybalt and Paul Giamatti as the Friar. But I doubt it’ll come close to the epic super awesome-ness of Baz Lurhmann’s modernized Romeo + Juliet from 1996, even if the screenplay’s written by Downton Abbey’s Julian Fellowes.

This year’s Palme d’Or winner at Cannes was Abdellatif Kechiche’s Blue Is the Warmest Color. The film follows a lesbian couple through the ups and downs of their tumultuous relationship. You can read Malcolm Fraser’s interview with Kechiche and lead actresses Adèle Exarchopoulos and Léa Seydoux here.

And you can also check out photographer Edward Burtynsky’s latest collaboration with director Jennifer Baichwal (Manufactured Landscapes), Watermark. The documentary explores humanity’s relationship with water through stunning images and stories. You can also check out our interview with Burtynsky here.