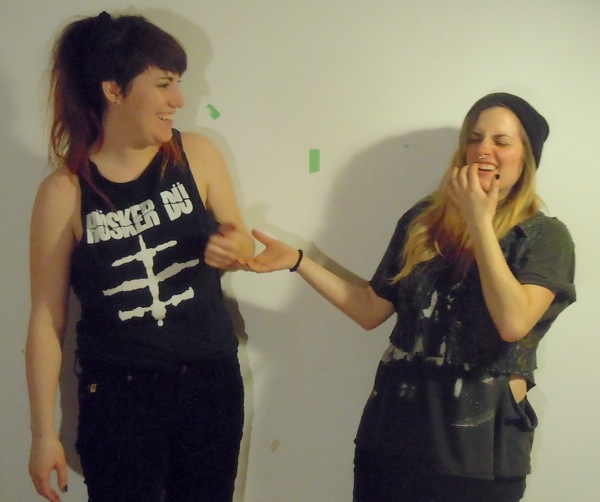 You haven’t been broke (or lived, for that matter) until you’ve peed on a guy for a couple hundred bucks.

This is one of many tales stemming from the adventures of Cristine L, a seriously resourceful Pointe-dwelling, perpetually unemployed but well-traveled 23-year-old who is the voice of Flat Broke MTL.

She started the blog, where she posts ways for Montrealers to get by in the city with little to no dinero, three years ago. Video game tester? Why not. Focus groups? Let’s talk about cheese for three hours. Dumpster diving? A recent (and so far successful) discovery. Research study guinea pig? Yep. “I’ve gotten drunk for science,” she says.

L is disarmingly honest when we finally meet one day at the Atwater Market. Though it’s our first encounter, one of the first things she tells me is that she suffers from a mélange of serious anxiety problems, depression and ADD that makes it difficult for her to hold a job down. So instead, she’s about to start a creative writing program at UQAM that, even before beginning, she figures she’ll drop out of eventually.

But the self-defeating dissipates when we talk about the real reason we’re meeting: her forthcoming web series. She and Ashly Gatto-Cussen, her 27-year-old roommate and BFF, plan to go to Europe this summer with the intention of doing everything possible not to spend any money (and maybe everything possible to make money — email them if you have any tips). Their vagabond adventures will be the source material for the series, to be edited and ready for public consumption after they return in the fall.

Flat Broke MTL, and the web series borne of it, are an attempt at answering a common question: can people make it out there without money? Projects like One Red Paperclip and similar efforts may lead you to believe it’s really not all that hard, and maybe L and Gatto-Cussen’s web series will, too.

The move is strategic for L. As an aspiring filmmaker, she wanted to do something more creative than blogging and “instead of having only student films to my name,” she says. She had maintained a travel blog before, partially to recount her adventures on a near-three-month trip to California during which her purse was stolen just two weeks in. That she stayed on and winged it speaks to a resourcefulness that makes Flat Broke MTL a true extension of herself.

Her reluctance to enter the workforce has drawn the ire of some critics on her blog and on social media platforms like Reddit; she notes the flack she got for posting about food banks (to which she replies: “If you think people go to food banks for fun, you’ve obviously never needed to go to one”). Despite her flaws and hang-ups, though, she at least knows how to play to her strengths — writing, film production and editing, traveling and knowing how to be broke but not broken.