Bands often have to toe a line between being both original and accessible to get recognized. Few bands in the last decade have walked that tightrope more gracefully than alt-J.

The British band’s 2012 debut, An Awesome Wave, led to alt-J becoming mainstays on the global festival circuit, seeing breakout single “Breezeblocks” go platinum in the United States and eventually scoring that year’s Mercury Prize. Since then, they’ve racked up more than 2.5 billion streams (their Spotify stream count currently sits at nearly 8 million per month), and their albums have moved more than 2 million units to date. Their distinctive sound and songwriting style even earned them a hilariously spot-on parody by two members of Montreal indie rock outfit Fleece eating rice cakes, with alt-J changing their Twitter avatar to a rice cake in response.

The trio’s evolution over the past decade has now culminated in a bold, captivating and sonically rich fourth album, The Dream, released in February. Across 12 tracks and 49 minutes, the Cambridge-via-Leeds trio (Joe Newman, keyboardist/vocalist Gus Unger-Hamilton and drummer Thom Sonny Green) take their artsy spin on indie and alt-rock in darker, bolder directions on their first full-length since 2017’s Relaxer, which received mixed reviews from critics and fans alike after its predecessor, 2014’s This Is All Yours, nabbed a Grammy nomination for Best Alternative Music Album.

Cult MTL got to chat with Gus Unger-Hamilton via Zoom while alt-J were in San Diego during their North American tour. The band will be bringing their joint tour with Portugal. The Man to Laval’s Place Bell on April 15, with support from Cherry Glazerr.

Having made the album in the thick of the pandemic, alt-J found themselves taking longer than they otherwise would’ve to get it done. For Unger-Hamilton, this was more of a blessing than a curse, as they had a bit more time and freedom on their hands than usual.

“It felt like the coronavirus kind of wiped everybody’s deadlines. Nothing was really expected of us,” he says. “We just took our time and spent 18 months in the studio writing and recording, and came out with what I think is a really great album.”

Arriving nearly five years after Relaxer, the intervening time between the two albums reminded the trio of the importance of relaxing (har har) and taking breaks, having toured extensively in 2017 and 2018 before taking a year off. “We came back refreshed and rejuvenated, and excited to start making music together again,” Unger-Hamilton says.

“We learned the importance of giving each other space and not just being a constant production factory… With touring and spending all that time together, you start to lose your love for what you do. We’re so privileged to do this job that the second you start feeling like you’re not enjoying it anymore, you probably need to take a break.”

Through their relentless touring, alt-J have some fond memories of the times they’ve played Montreal thus far: the band performed at Osheaga’s 2013 and 2015 editions, with Unger-Hamilton declaring the festival’s famously delicious catering — complete with an ice bar full of oysters — as “the most amazing of any festival I’ve ever played.”

Not only has performing in Canada treated the band well in general, but Unger-Hamilton appreciates opportunities to play in Quebec specifically. Born in Paris to English parents who had been living and working there, he speaks French to a “reasonably good standard” (though he’s not perfectly bilingual), and takes advantage of opportunities to practise it while speaking to crowds in francophone markets. In fact, several alt-J songs include some French lyrics, notably on An Awesome Wave’s “Matilda” and “Taro.”

“We’ve always felt like, in francophone places, our music is quite cerebral,” he adds. “I think there’s a certain sensibility among francophone people that respects that slightly more academic side of music, perhaps.” Unger-Hamilton later added that he’s spent time during the pandemic taking French lessons again, as well as reading French novels.

The Dream isn’t just alt-J’s most adventurous album, it’s also their most outwardly American-influenced one to date. This isn’t particularly surprising for a band who have spent a good chunk of the past decade touring the other side of the pond, not to mention the omnipresence of American culture and films during the band’s youth.

“Growing up in the U.K., America is like the cultural sun around which all English-speaking planets revolved,” he says. “It’s hard to avoid. Culturally, its heft is so mighty that it’s everywhere… We wrote quite a lot of these songs during soundchecks, and a lot of those soundchecks were in America.”

Though Unger-Hamilton was listening to a lot of the Beatles during its creation, the band also took influence from laidback ‘90s California rock bands like Eels — lead single “U&ME” in particular draws from this type of sound.

Taking the American influence even further, two songs named “Chicago” and “Philadelphia” sit side-by-side in the middle of the tracklist. “The Actor” depicts someone — based on the life and death of John Belushi — moving to Hollywood to live “the dream,” before later dying of an overdose at the Chateau Marmont. Opening track “Bane” even begins with a sample of a man opening and drinking from a can of Coca-Cola, with frontman Joe Newman expanding on that theme lyrically.

Essentially, The Dream could be seen as alt-J’s answer to Supertramp’s Breakfast in America. One can even hear this on “Bane,” whose emotional apex is probably the harmonized “Yeah you!” refrain that even sounds a bit Supertrampish — something Unger-Hamilton says is unintentional.

“I’ve never listened to Supertramp, actually. I know my mum likes them a lot,” he says, adding that he was instead worried about that particular motif sounding too much like Queen.

Throughout the album, the band take their diverse, vibrant palette of musical influences — Unger-Hamilton used to sing in a choir, while Green played in a metal band and Newman learned guitar from his soul music-playing father — and mesh those disparate parts into a cohesive, entrancing whole like they’ve done their whole career.

This year also marks the 10th anniversary of An Awesome Wave, which will hit that milestone on May 25. When asked what most often comes to his mind when thinking of that album, Unger-Hamilton points to his youth (he was 23 upon the album’s release) while comparing it to his present-day reality, where he now has a wife and child.

“We were on the road for two years nonstop with that record,” he adds, later naming “Dissolve Me” as the song from that album he holds nearest and dearest to his heart. “I was having the time of my life. I’d never really been outside Europe before. All these exciting things were happening. I suppose ‘adventure’ would be a word I’d associate with it. Youth and adventure.”

As far as The Dream goes, the trio have explored other intriguing new territory: “Get Better” is a gut-wrenching acoustic ballad about losing a loved one, hoping their condition improves and getting through daily life after their death; “Losing My Mind” is written from a serial killer’s point of view; “Hard Drive Gold” is a rollicking sendup of crypto culture and a young boy’s obsession with getting rich from it; and album closer “Powders” breaks from the more grim lyrical themes heard earlier by depicting a meet-cute between two young people.

“Lyrically, this album relies a lot less on making references to writers and films. It stands on its own two feet more,” Unger-Hamilton says, though “U&ME” does include a reference to Stellan Skarsgård strutting to and from a bar. “Joe has always been a great lyricist, but I think he’s at the peak of his powers right now. We’re all trying new things on this album — I play bass on a few songs, for instance. We’re broadening our musical spread, which is a fun thing to do.” ■

This article was originally published in the April 2022 issue of Cult MTL. 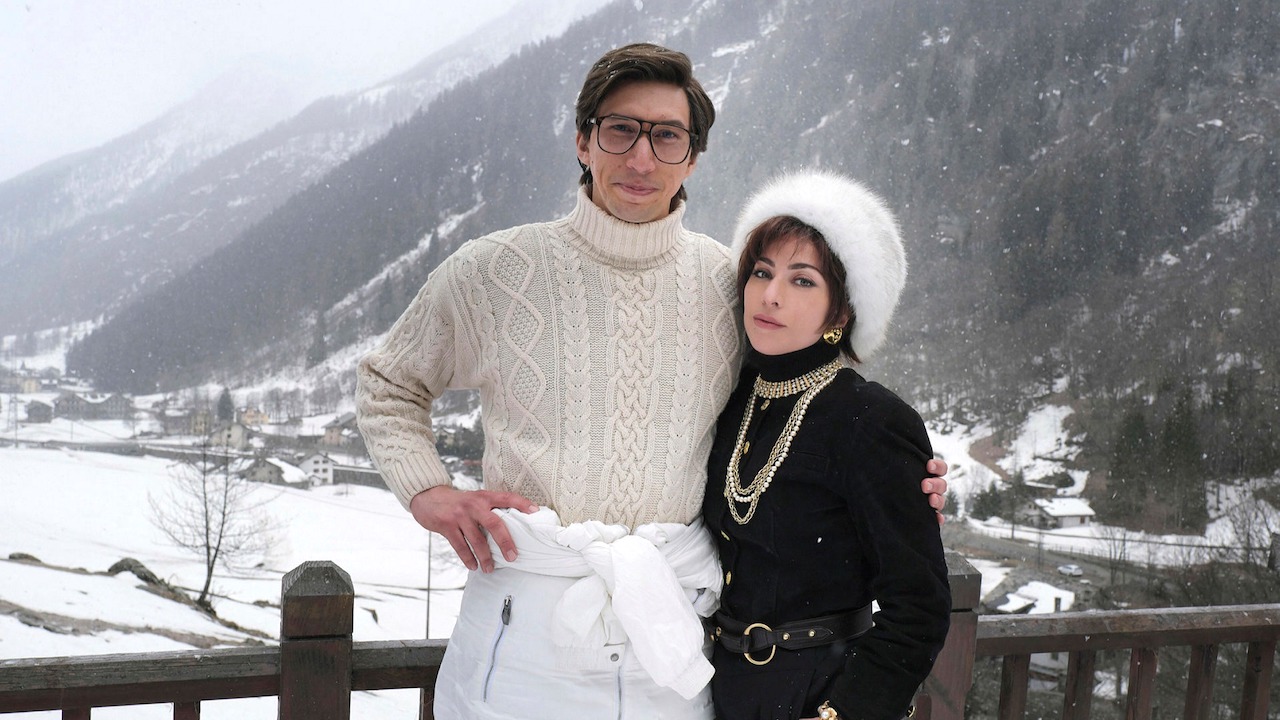