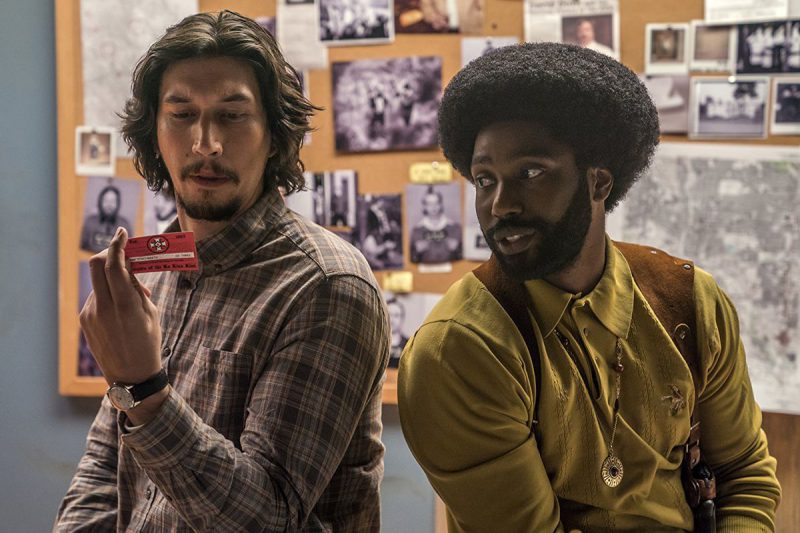 Two political films got standing ovations at their Cannes premieres this week. In the case of Spike Lee, it was entirely deserved, but for Eva Husson, entirely not.

Spike Lee nailed it in BlacKkKlansman, based on a true story about a black undercover cop who infiltrated the Ku Klux Klan in the 1970s. The film leaves no doubt about its political purpose when it opens with Alec Baldwin (aka Donald Trump on Saturday Night Live) recording a white supremacist speech over infamous clips from pro-slavery blockbusters Birth of a Nation (1916) and Gone With the Wind (1939).

BlacKkKlansman unfolds with mordant humour. Ron Stallworth (John David Washington, of HBO’s Ballers) is the first and only black cop in the Colorado Springs police department, fielding racial slurs from fellow officers. Once he joins the intelligence unit, he spouts these same slurs himself — on the phone to the KKK, at the number he got from a newspaper ad. He charms local leaders and even David Duke (Topher Grace, brilliant as a clueless, pompous bureaucrat), KKK’s Grand Wizard and National Director. Soon he is invited to visit and he recruits a Jewish cop, Flip Zimmerman (Adam Driver), to impersonate him to the KKK. The two keep the illusion going by aligning their speaking styles in a hilarious scene where Flip learns jive from Ron.

Lee draws on Blaxploitation cinema for the look and feel of the picture, especially where black characters and gatherings are concerned. Cinematographer Chayse Irvin, who also worked on Beyoncé’s Lemonade, reproduces 1970s split screens and sharp angles. For his first undercover assignment, Ron infiltrates a black student meeting with Kwame Ture (aka Stokely Carmichael) at the time the leader of the All-African People’s Revolutionary Party (Corey Hawkins). Ron blends right in, fooling even the sharp Colorado State Black Student Union president Patrice Dumas (Laura Harrier), who despises cops and calls them “pigs.” The two, in matching afros and black leather, later meet up to debate the virtues of Coffy and Shaft. Spike Lee includes the original movie posters to illustrate their debates.

Against Ron’s report, CSPD takes Ture’s “revolutionary war” speech for an actual threat. In fact, it is the KKK’s racist banter that denotes future violence. The chapter plots a bomb attack against black students, while Flip narrowly escapes being shot when local member Felix, gun in hand, demands he take a “Jew-detector” test.

Indeed, BlacKkKlansman abounds in what some contemporary critics may call “triggering” historical violent language and imagery. The audience is invited to laugh at a black cop spouting white hate speech — and it did at Cannes. A veteran Civil Rights activist (Harry Belafonte, no stranger to Civil Rights protests himself) tells black students in detail about the lynching of Jesse Washington in 1916, inspired, he says, by Birth of a Nation. As he talks, black students hold up to the audience blown-up photographs of the torture and murder. After the lynching, he says, these pictures were sold as postcards.

Shocking as they are, these words and images keep Americans from forgetting the long history of white hate in the United States. “I want the hate to be verbalized,” explained Spike Lee when asked at a press conference whether the use of so many racist insults defeats the purpose of an anti-racist film. The value of his choice becomes clear in the end with actual news footage of white supremacist violence at Charlottesville, and the real David Duke thanking President Trump for his support. BlacKkKlansman will come out in the U.S. on the anniversary of Charlottesville. 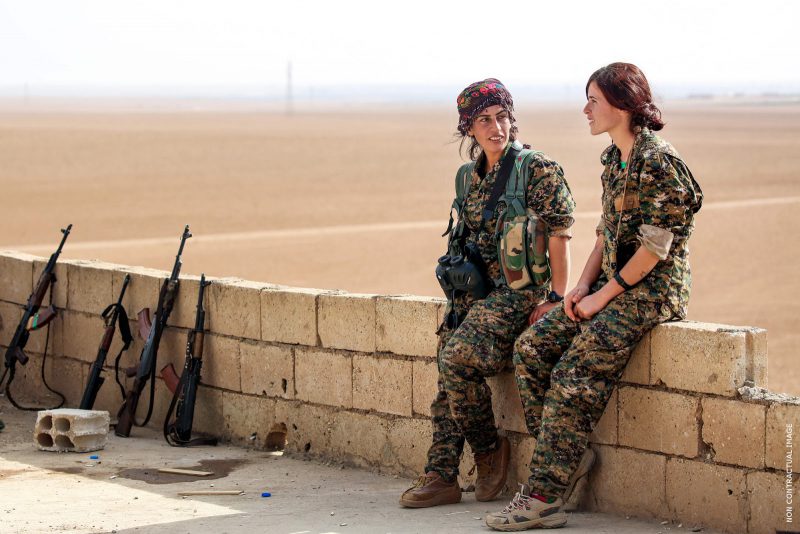 Girls of the Sun

Conversely, Eva Husson’s Girls of the Sun fails because it presents a real conflict as a universal tale. Bahar (Golshifteh Farahani, made up to look more stunning for this combatant role than she was for civilian Patterson, which competed at Cannes last year) formerly practised law, but now leads (with Marxist slogans) a female battalion of former captives within the Kurdish army. Bahar’s story represents the fate of all women in her battalion: the Islamic State kidnaps her, kills her husband and steals her son. She is enslaved, raped and abused, then escapes in a daring caper. Desperate to find her son, Bahar joins the Kurds and convinces her commander to let her take back her home city. She believes her son is there, being trained as a soldier. Why and how did Kurdish forces came together? Why are the Kurds so keen on the American-led “coalition” coming to help? These are political questions a woman soldier and a woman director, apparently, do not care about.

The story of the battalion is real. Husson drew heavily on an informative and compassionate documentary, Surrounded by ISIS by Xavier Muntz, about Yazidi women fighting the Islamic State in Iraq. Husson conducted several interviews with Muntz for her project. Yet Girls of the Sun never identifies women fighters as Yazidis, or gives a hint of their non-Islamic religious beliefs, which made them a target for ISIS. They don’t even have a chance to tell their own story. It unfolds through the eyes of French female war reporter Mathilde (Emmanuelle Bercot), who takes up much screen time crying, phoning her daughter and gazing into stunning desert landscapes, accompanied by a dramatic western orchestral score.

It is unfortunate that Cannes used such a textbook example of neocolonial hubris to celebrate women’s cinema. Eighty-two women filmmakers, including Ava DuVernay and Agnes Varda, attended the Girls of the Sun premiere to support a woman director and to protest against a male-dominated industry. The audience at the premiere gave an extended ovation at the end. At the press screening next door, a Kurdish journalist walked out in the middle of the film, and in the end a Spanish critic screamed: “Immoral!” He was right. ■

See our previous Cannes 2018 reports here and here, and see our photo gallery from the festival here.