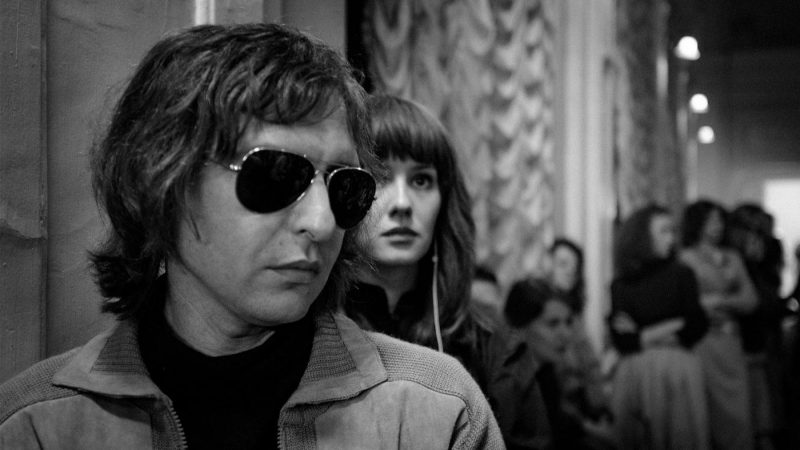 On Wednesday, Leto and Yomeddine, Russian and Egyptian films (respectively) competing for Palme d’Or, continued the lyrical streak in an oddly sentimental 2018 edition of the Cannes film festival.

Kirill Serebriannikov’s Leto (Summer) is a story of love and friendship set in Leningrad in the early 1980s. An established rocker named Mike Naumenko, leader of Zoopark (played by Russian pop musician Roma Zver, aka Roman Bylik), arranges the breakout of Viktor Tsoi, future frontman of Kino (Teo Yoo, previously seen in Kim Ki-duk’s One on One). Natasha (Irina Starshenbaum) is married to Mike but smitten with Tsoi. When she asks Mike’s permission to kiss Tsoi, and he says yes, personal and creative relationships get complicated. The tale, based on the memoirs of Mike’s wife Natalia Naumenko, changes a few names and circumstances, but conveys the excitement of the Leningrad rock scene remarkably well.

Leningrad rock underground denizens go about their lives very much like down-and-out musicians in Montreal and elsewhere. They play apartment shows and sell their art and trade vinyl at fairs. They talk music and make out at parties.

Stagnation Soviet Union brings its own joys, such as a rock club where managers check lyrics for ideological compatibility and fans must listen quietly sitting down. Soviet musicians’ taste is uniquely eclectic — they heard Western albums, on audiotaped copies or on smuggled and pirated vinyl, out of sync with the rest of the world. They despise Duran Duran, but adore Blondie, Iggy Pop, the Doors, T. Rex and (!) Billy Joel. Their love for Billy Joel is also, embarrassingly, true.

The new picture is more freewheeling than Serebriannikov’s earlier stern political parable The Student (Un Certain Regard selection at Cannes in 2016). Mostly shot in black and white widescreen format, it also includes Super 8 colour sequences of rockers’ home movies. Several imaginary interludes add animation that recalls early MTV music video aesthetic, where Soviet bus riders and passers-by erupt in covers of Iggy Pop’s “The Passenger” and Lou Reed’s “Perfect Day.” Mike agonizes over his music measuring up to these Western idols, while taciturn Tsoi just wants to play his songs to whomever will listen.

Tsoi, the lead of Soviet New Wave group Kino, died in a car accident in 1990 at the age of 28 and at the height of his fame as an icon of rebellious Perestroika-era youth culture. This half-Korean, half-Russian musician is almost universally admired by music fans of all ages in all former Soviet republics and is well-known in East Asian countries like South Korea and Japan. The ownership of his legacy is hotly contested: in addition to Leto, two very different films are being made about his life. Russian producer Ilya Stewart said at the press conference that he cleared music rights for Iggy Pop and Talking Heads more easily than for Kino. As Yoo, who plays a young Tsoi before stardom, explained to the press, “It was like playing Jesus.”

This Eurasian context is likely to elude Western reviewers, more focused on parallels with state repression of artists in the 1980s and today. Serebrennikov directed postproduction for Leto under house arrest on embezzlement charges, a pretext often used in Russia to remove a political dissident from a position of influence. In protest, the festival displayed an empty seat for the director at the press conference. But focusing on repression obscures how much 1980s rockers were able to accomplish despite their constraints, in music and politics. 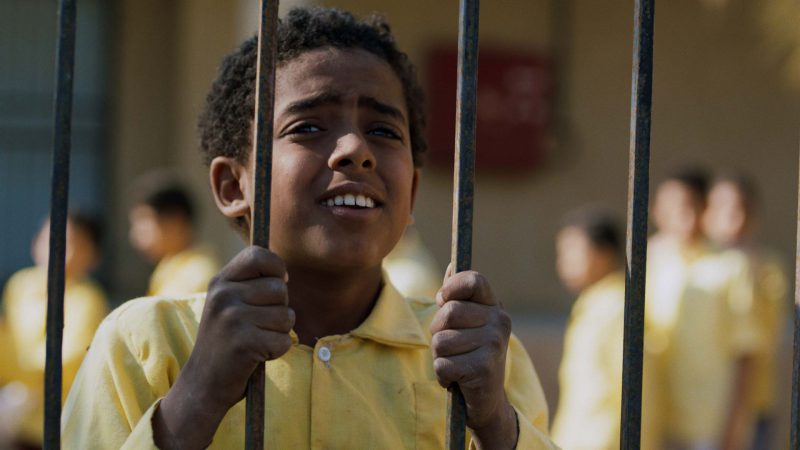 Yomeddine is worth watching for three reasons: it is the only debut feature chosen for competition this year; in its central role of Beshay, it features a remarkable unprofessional actor, Rady Gamal, who actually suffered from leprosy; and in adding a Nubian boy Obama (Ahmed Abdelhafiz) as another central character, it explores racial inequalities within Egypt.

Illiterate Beshay has been cured of leprosy as a child but has lived in the leper colony ever since. He was quite content there, selling scrap collected from a garbage dump and joking with his friends in the evenings. But when his wife dies he sets off on a donkey cart to a far-away Egyptian village to find his father, who promised to return for him but never did. A Nubian orphan, who chose a presidential name, Obama, for himself, tags along.

Once out of the colony, Beshay and Obama come face to face with the rapacity and prejudice of ordinary Egyptians: robbed, imprisoned, feared and beaten. The camera lingers on Beshay’s disfigured face — “like a rusty nail” someone says — and forces the audience to look while in the film most people look away. Dark-skinned Obama is also instantly recognized as Nubian by Egyptian Arabs. “Where was your family moved?” one asks, referring to the resettlement of over 100,000 Nubians by Gamal Abdel Nasser’s government to build the Aswan Dam in the 1960s.

As carts, trains and trucks ride along desert landscapes and verdant Nile riverbanks, Yomeddine — in Arabic, Judgement Day — never descends into self-pity. Beshay, a Copt, prays in a Muslim mosque to find shelter on the road. Obama’s file is easy to find in an abandoned orphanage — “Thank God for Egyptian bureaucracy!” — because it housed few Nubian kids. The film traces rifts within Egyptian society with humour and insight. ■