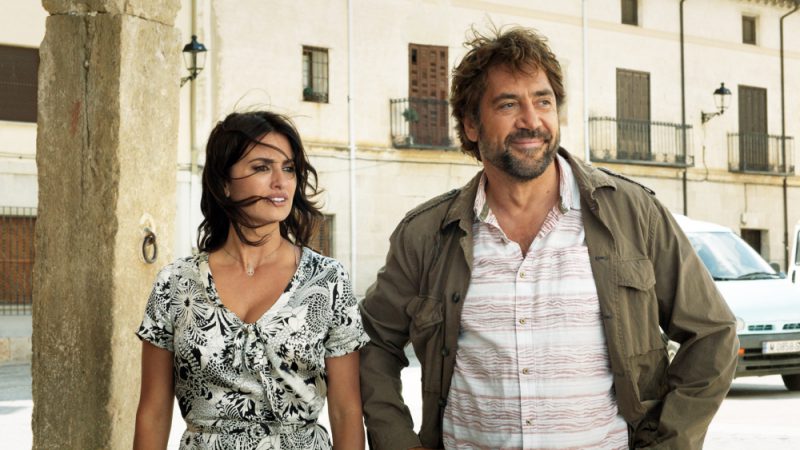 Penelope Cruz and Javier Bardem in Everybody Knows

The Cannes opening ceremony on Tuesday introduced the female-majority competition jury with fanfare, in a nod to the #MeToo movement. Cate Blanchett presides over four other women and four men, including Montreal’s Denis Villeneuve. They will judge 21 films including three directed by women — same as last year. This fact has drawn much criticism from #MeToo and the film press. After seeing the opening picture, the official explanation for this — “films are chosen for their quality,” Cannes festival director Thierry Fremaux protested in April — rings hollow. The slip-ups in Everybody Knows by Iranian director Asghar Farhadi raises skepticism about this year’s programming policies.

Farhadi, known for exploring spousal tensions (most notably in his Iranian divorce tale A Separation), here examines a Spanish family drama via a kidnapping plot. Laura (Penélope Cruz) comes back from Argentina to her home village to celebrate her sister’s wedding. Soon, a love triangle emerges between her one-time lover Paco (Javier Bardem), who co-owns a local vineyard, and her unemployed Argentinian husband Alejandro (Ricardo Darin), who initially skips the wedding for job interviews. Paco and Laura’s history comes out, and a colourful party is cut short when Laura’s teenage daughter Irene (Carla Campra) is kidnapped.

Unfortunately, drama lovers never find out why Laura chose Alejandro over Paco. A playwright by training, Farhadi usually gets his characters to spill their worst secrets to each other under pressure, but here the audience will likely lose the train of conversation trying to keep track of Laura’s sprawling family tree, including a father, two sisters, a niece and various husbands and children. At one point, even Irene and the boy she likes seem to be related to each other. Cannes programmers likely chose the film because of its stars, but the talented actors do not deliver much nuance. During a key dramatic revelation scene, Cruz and Bardem even elicited chuckles from the audience at a press screening. This hardly reaches the level of “excellence” Fremaux referred to in his interview.

Everybody Knows toys with the thriller genre but is ultimately not interested in it. Suspense gathers when it seems that a member of the family is in on the crime, but this potential twist is quickly dispelled. This crime tale falls far short of the dread, gore and twisted storytelling one can get on Netflix, which streams such cult shows as the Danish-Swedish crime series The Bridge. Cannes programmers excluded Netflix films this year because the streaming service refuses to show its films in French theatres. But the programmers better take into account the many stylistic and narrative innovations Netflix and other small-screen producers have inspired.

Mixed reactions to the opener explain why this year Cannes organizers decided to abolish press screenings in advance of official red-carpet premieres. Otherwise, critics would have panned Farhadi’s film on Twitter hours before the official screening.

Barely mentioned at the opening ceremony was the anniversary of the 1968 Cannes festival, when French New Wave directors François Truffaut and Jean-Luc Godard organized filmmakers to boycott the festival in solidarity with worker strikes and student demonstrations in Paris. Most screenings were cancelled and participants instead debated art and politics at impromptu meetings. Director Martin Scorsese, who opened the festival with Cate Blanchett, will receive an award at Director’s Fortnight, an independent section parallel to the festival that was inspired by these events.

Unlike the 1968 revolt, this year started off as a tame establishment project. But much adventurous work is still to come, much of it playing in other programs: among other films, Dead Souls, an eight-hour documentary by Chinese director Wang Bing; Rafiki, a drama about a forbidden teenage lesbian love affair by a Kenyan woman director, Wanuri Kahiu; and the latest films by Spike Lee and Godard himself. ■

“It’s time men stop telling other men that it’s okay for them to decide what women can or cannot do with their bodies.”