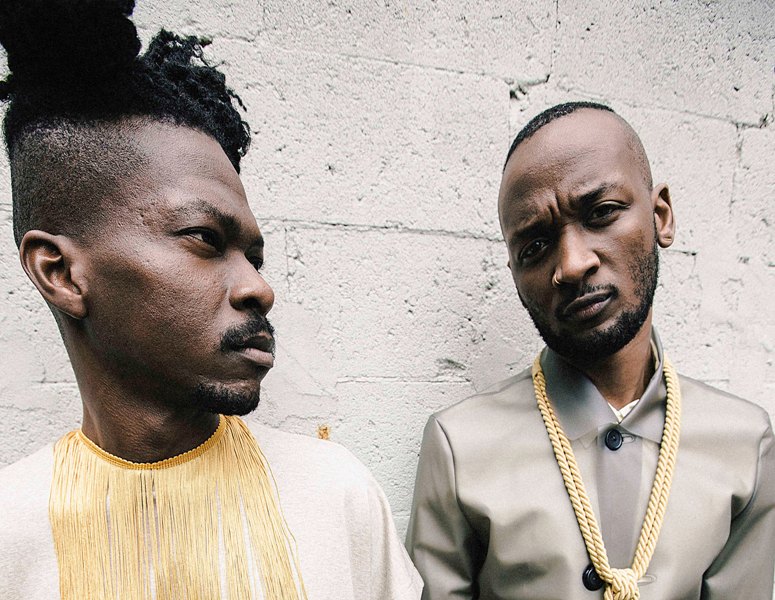 As part of this year’s Nuit Blanche festivities, Phi Centre’s third annual edition of their la Nuit Tribe party (co-presented by Cult MTL) aims to  “showcase modern-day Montreal’s diversity and energy.” There might not be a group more apt to embody this than the Moonshine collective, the illustrious underground crew of DJs, instrumentalists and visual artists have amassed a substantial word-of-mouth and Internet following over the past couple of years, marking every Saturday after full moon a topic of discussion around town.

In speaking with Pierre Kwenders and Ngabonziza Kiroko — two of Moonshine’s founding members — the idea of diversity is paramount: “We do not discriminate against any race, gender or anything else — everybody is always welcome at Moonshine. There’s enough black people or white people, gay or straight — it’s what we represent.” They also emphasize that the eclectic crowd wasn’t a concerted effort on their part, rather “it just naturally became that” as a product of their come-one, come-all mentality.

The two will be performing together as Abakos, their latest project, which released a debut cassette tape this past fall. As friends who met through the music scene, writing songs together was automatic for Kwenders and Kiroko. Both musicians mention that through this collaboration, they’ve been able to escape their respective comfort zones. “With Abakos, we really wanted to go off and be adventurous.”

For Kwenders, this is his first project that’s entirely in English. In singing beside Kiroko, he’s been able to “try a new range of singing,” while also adding his own personality into the mix.

After writing the songs for the tape, Abakos went off to Nashville to work with producer Jamie Lidell. The resulting sound — as they describe — has this dramatic, futuristic tone with more of an electronic dance edge than their previous work.

In the live setting, they try to complement their two-singer set-up with a striking visual display. “Because it’s not a conventional band setting with a drummer and guitars — it’s just us and our friend who looks after the beats — we really wanted to accentuate the whole thing with a strong visual aspect.” Judging from their summer performance at FME, la Nuit Tribe is in for anything from awe-inspiring lights to dazzling costumes and masks.

The move from the usual underground spots to the Phi Centre is certainly a big step for Abakos and the rest of the collective, however, Moonshine’s highest priority is to maintain the accepting spirit of their events. “It’s a family vibe, we want people to feel the same vibe they feel when they come to a Moonshine party.” When asked about the future of the collective, Kwenders and Kiroko “don’t want to rush things. When the moment feels right to go bigger, we will be ready, but for now we just take it day by day.” ■

See our highlights of the Nuit Blanche program here.