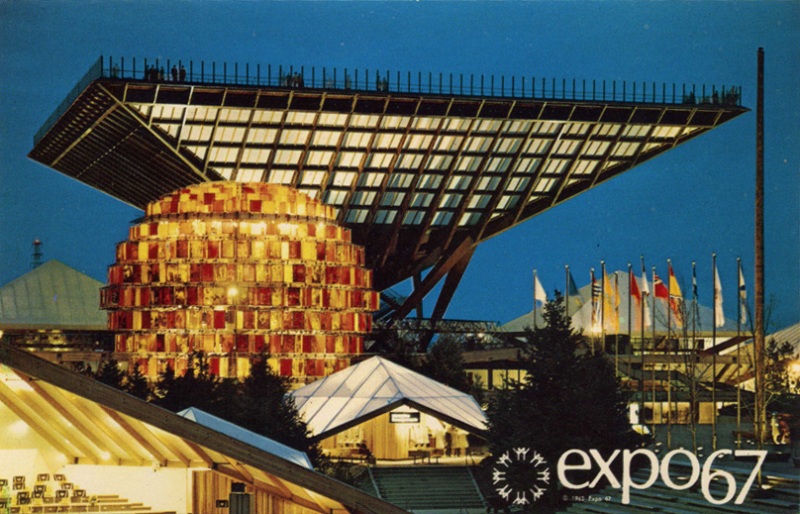 Montreal’s all-night culture cornucopia Nuit Blanche is coming up on Saturday, March 4. As usual the annual art happening — part of the Montreal en Lumière festival, which continues through March 11 — brings an excess of (mostly free) events to the heart of the city and beyond.

In conjunction with the ubiquitous Montreal 375 celebration, the 14th edition of Nuit Blanche comes with a theme, a nod to a major moment in the city’s history: Expo 67. More than a mere tourist attraction, the world’s fair brought with it a major leap into the future with a reimagining of the city and boost to its infrastructure. Coupled with the spirit of the late ’60s, which coincided with Quebec’s Quiet Revolution, it was a volatile and progressive period for our metropolis, and we’re overdue for another one. Will the peppering of retro culture and history lessons at this year’s Nuit Blanche inspire Montrealers to embrace progress once again? Inch’allah.

The programming for Nuit Blanche 2017 is as overwhelming as always, so in the interest of directing readers to the most promising events, here’s our list of highlights, by neighbourhood:

But first, a note about transportation: Do not under any circumstances attempt to navigate Nuit Blanche by car (especially your own car). The metro is open all night (at regular rates) and the STM is providing free shuttle bus service between quadrants. 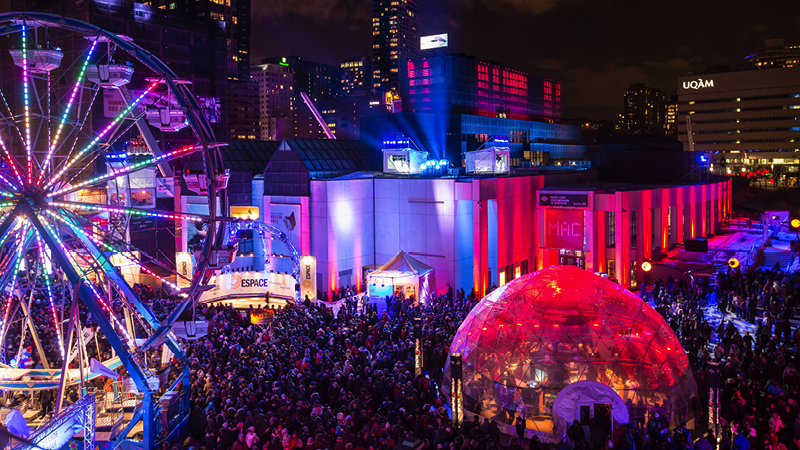 Fun in the streets under the stars

The hub of outdoor Montreal en Lumière activity (which runs through and expands for Nuit Blanche) extends from the Place des Festivals to the Place des Arts Esplanade to the Promenade des artistes to the Parterre area at St-Urbain, as well as occupying Ste-Catherine Street with activities that can be as family-friendly as they are inviting for the debauched (long line-ups notwithstanding): there’s the ice slide, the ferris wheel, roving entertainers, a zipline, curling, a plethora of food and drink trucks and stands (heavy on cheese, grilled meat, alcohol and coffee) and warming stations. As usual, the downtown streets will be filled with music on Nuit Blanche: live sets by the likes of Coleman Hell, CRi & Motion and Lisa Leblanc as well as DJs Maus, MONITORS, Misstress Barbara, Stefie Shock, Fred Everything & Jojo Flores and Lebaron, all with visuals by a small army of VJs. Balmoral to St-Urbain, Ste-Catherine to Président-Kennedy, 12 p.m.–3 a.m.

One of Nuit Blanche’s longest-running events and hottest dance parties features a headlining set of booty-blasting bass and beats by your host Poirier, with dancers Kassédo and A’Motion. 1225 St-Laurent, 11:55 p.m.–3 a.m., free

The Societé des arts technologiques gets in on the retro theme with performances by half a dozen live acts (Tony Denzel, le Frankenstein, Jan Pienkowski and Vincent Lemieux), a record fair care of Aux 33 Tours and Death of Vinyl and a DJ/VJ act inside the Satosphère (feat. DJ Mini with Captain AZ!Z, Claire with Diagraf, Pocaille with Level of Detail and Terminal Wolf with Push 1 stop). 1201 St-Laurent, 8 p.m.–2 a.m., free (Satosphere show $5) 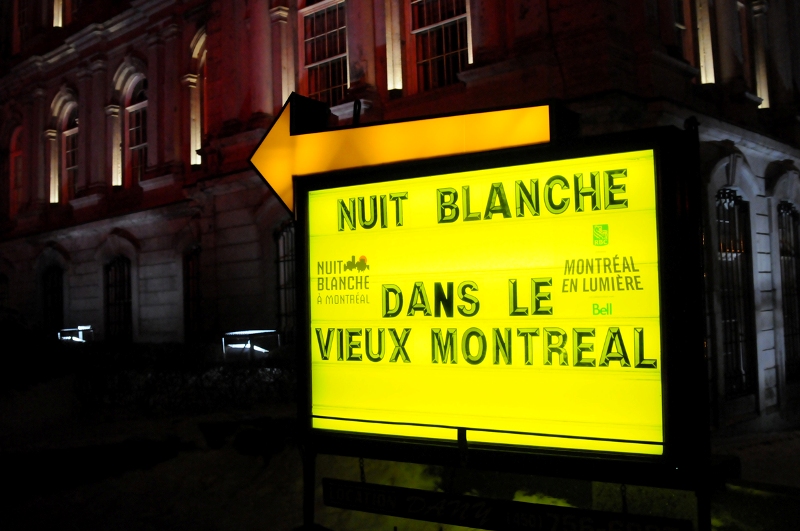 CONTINUE TO PAGE 2: The best events happening downtown (west) and in Little Burgundy