Tucked away at the tail end of festival season, image + nation is Montreal’s LGBTQ film festival, running from Nov. 24-Dec. 4. Now in its 29th edition, image + nation proves a valuable bookend to the loosely defined festival season by not only programming films with thematic cohesion but by offering an outlet for films that may have fallen through the cracks over the course of the year.

Opening the festival this year is John Butler’s Handsome Devil, an Irish film that explores the unusual relationship between two boys at a boarding school. The film opened to positive buzz at TIFF earlier this year. Closing out the fest is French master André Téchiné’s Quand on a 17 ans, which admittedly has a very similar logline to Handsome Devil — as it’s also about the budding relationship between two boys at boarding school! The film was in the running for the Golden Bear in Berlin this year and won the International Grand Jury Prize at Outfest, Los Angeles’ LGBTQ festival.

There’s a smattering of high-profile, star-studded indies playing the festival this year, including Addicted to Fresno, Jamie Babitt’s (But I’m a Cheerleader!) dramedy starring Judy Greer and Natasha Lyonne. Garrett Clayton stars in Justin Kelly’s King Cobra, a crime drama set in the world of gay pornography; James Franco, Alicia Silverstone and Christian Slater are some of the big names lending support in a film that the ever-contrarian Bret Easton Ellis has called superior to Moonlight (!). Lola Kirke (Mistress America) stars in AWOL, an indie drama about a young woman torn between the rootlessness of her life and a new relationship. 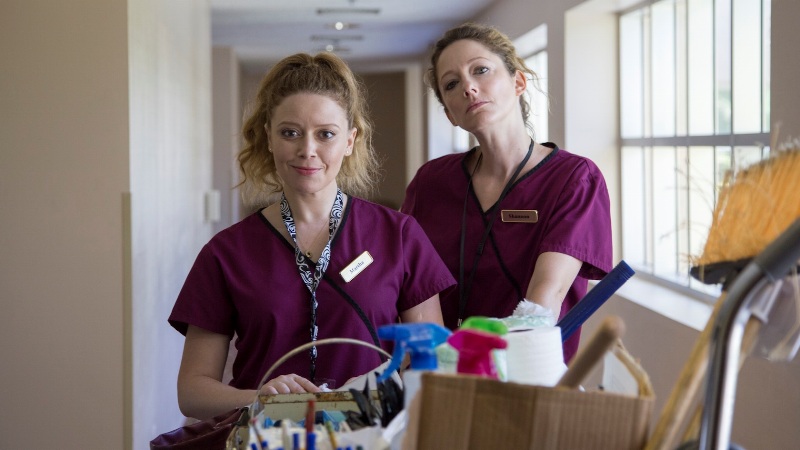 Although it’s already had a theatrical run in Canada, image + nation is offering another chance to catch Stephen Dunn’s multiple-award-winning Closet Monster, which counts among its many accomplishments the Best Canadian Feature at TIFF in 2015. I don’t know how necessary it is to have seen the first two installments in order to enjoy Bearcity 3, an indie comedy set in the bear community that stars CSI’s Gerald McCullouch and Kathy Najimy, but it’s playing here, as is “Toronto indie film queen” Ingrid Veninger’s He Hated Pigeons.

On the international side of things, there’s Polish-German director Piotr J. Lewandewski’s debut, Jonathan, a coming-of-age film that debuted at the Berlinale earlier this year; Catherine Corsini’s ’70s-set activist drama Summertime, starring Cécile de France; Ivan Cotroneo’s One Kiss, which follows a young gay man who moves to a small Italian village; Alex Awandter’s You’ll Never Be Alone, a drama based in part on the real-life murder of a young gay man in Chile in 2012, while Holding the Man tells the true story of an Australian couple who stick together through societal upheavals, familial pressure and a dual AIDS diagnostic in the mid ’80s.

The festival also features an assortment of shorts; aside from those paired up with various screenings, the shorts programs are split up thematically. There’s one program focusing entirely on films from Ireland, two Lesbomundo and Homomundo programs (in this case, I think the titles speak for themselves!), a Transmundo program and a Queerment Québec local selection. ■