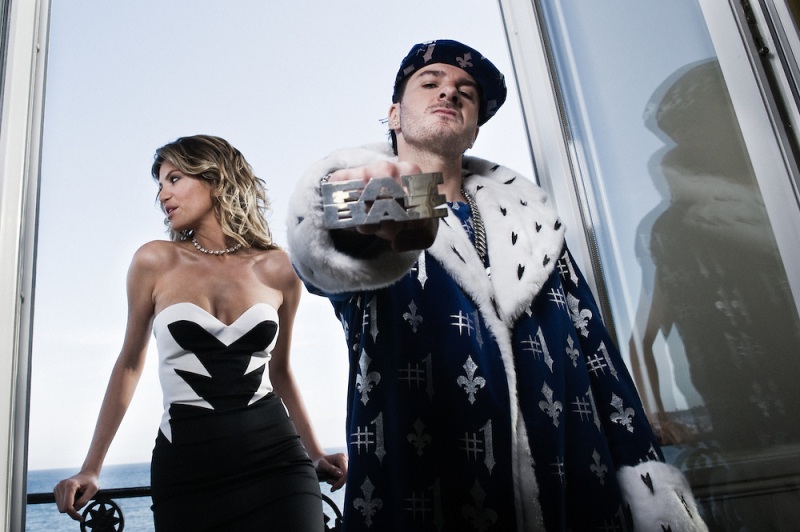 Does Montreal play itself? It doesn’t, but it also doesn’t stand in for anything in particular. While the film is definitely set in France, no attempt has been made to pass the city off as Paris or anything like that.

Most egregious local landmark: The most blatant Montreal stuff comes in the very first scenes as Fatal Bazooka’s helicopter flies over the city, giving us a couple of good glimpses of the Desjardins building and the skyline. Later on, our beloved main character tries to “commit suicide” by jumping off a three-foot-high wall on Doctor Penfield, right near McGill’s Brown Building. The majority of the film is interiors, with the only location showcased inside and out being the Imperial, which “plays itself” as the location of the prestigious Music Awards de la musique.

Notable local talent: Stéphane Rousseau is second-billed in the role of the film’s supposed antagonist, though his casting really begs the question what exactly we consider local talent. Rousseau has done as much film work in France as he has in Quebec, and the film’s status as a co-production doesn’t help clarify things.

That said, you’d have to go pretty far down the list to find more local talent. Guillaume Cyr plays a blogger/FB super fan in a couple of scenes, Bianca Gervais has a very small role as tawdry pop star Eva Gine (it’s a vagina joke, get it?) and man-about-town Angelo Cadet plays the host of the music awards in a scene or two. 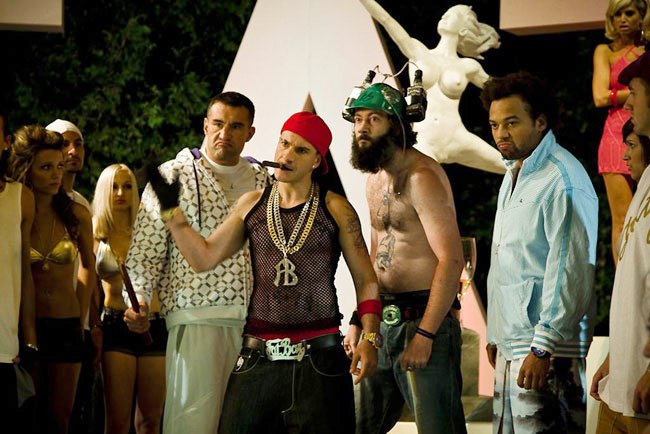 Almost everything I’ve covered in this column thus far has been an American production. As popular as it is for American productions to traipse all over the world to save a few bucks, the rest of the world tends to make their own movies on their own turf. France would be the exception to that rule — while it isn’t super common for French productions to come over, the commonality of the French language means that it’s fairly painless for a French production to shoot in Montreal. These films are sometimes co-productions, but more often than not they get a very cursory release in Quebec before fading into obscurity on this side of the Atlantic.

Michael Youn’s Fatal presumably got a release here on the strength of Stéphane Rousseau being second-billed, because the film’s commercial prospects and recognizability factor are pretty fucking dire otherwise. Fatal is centred on Fatal Bazooka, a gangsta rapper character that Youn originally developed on the radio and under the guise of whom Youn scored several high-charting novelty singles. The character of Fatal Bazooka (which one could charitably call Ali G-esque) therefore comes to the big screen with somewhat of a cult following that doesn’t translate flawlessly to the big screen, or to audiences unfamiliar with Youn’s previous work. Quebec audiences didn’t have much familiarity with Borat and Sacha Baron Cohen, either — but the imperative here might be that Michael Youn is no Sacha Baron Cohen.

Fatal Bazooka lives high on the hog as the most popular rapper in the world: rich, famous and beloved by all, he’s set to marry look-at-me socialite Athena Novotel (Isabelle Funaro) and basically has not a single care in the world or reason to believe that his life is ever going to change. Enter Chris Prolls (Stéphane Rousseau), a hypersexualized, “woke” electro-pop singer who bursts onto the scene and almost immediately eclipses the misogynistic, homophobic and sometimes downright barbaric Bazooka. 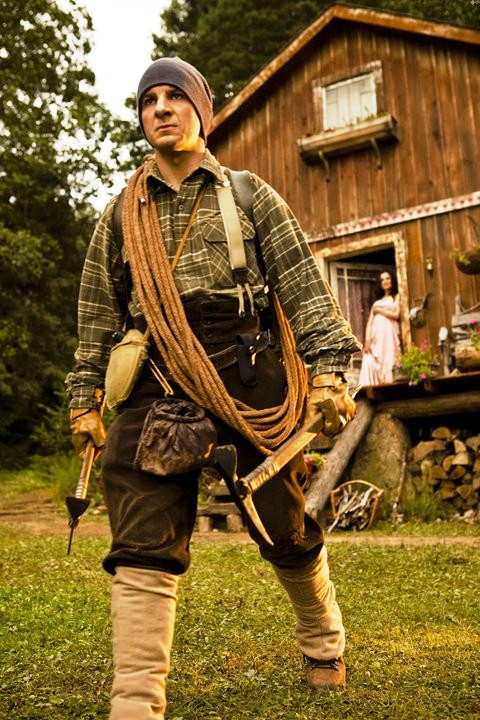 Fatal is certain that Prolls is just a flash in the pan until he gets soundly trounced by him at the Music Awards de la Musique, prompting a very drunk Fatal to strip naked and have a complete meltdown on stage, after which Prolls reveals that Fatal is actually not gangsta at all but a sheepherder’s son from the deepest depths of the Savoie. Humiliated and broke, Fatal returns to the family homestead to become a shepherd — or will he?

The character of Fatal Bazooka was already nearly five years old when the film was made – an eternity in pop culture years, and a spread that makes most of the humour here feel positively desiccated. We’re treated to innumerable Paris Hilton jokes (Athena Novotel, get it) and anemic parodies of music figures that were already all but extinct in 2010. FB is presumably a take on both Eminem and the general exaggerated personas of high-flying rappers, but it’s done in such a haphazard and frankly lazy way that the film’s cheap, easy humour never really registers.

Although Youn’s song parodies are actually fairly skillful and catchy (it’s actually not that surprising upon hearing them that they were wildly popular), he doesn’t seem to actually have much love for the genre or the culture, and his depictions of Fatal’s entourage, his high-flying ways and his bombastic presence seem more suited to a credit card commercial than a feature film.

Fatal is gleefully sophomoric, filled with corny double entendres (not many of which translate, but Rousseau’s character is actually named after a popular brand of Swedish crackers named Krisprolls — a joke presumably constructed backwards from the hilarious notion that the brand name also has a person name in it), dick-and-ball humour, crude slapstick, a sprinkling of gay panic (Fatal has an oversharing bodybuilding friend whose stories always wind up with a homoerotic encounter) and some good-old-fashioned poop jokes (it ends with Fatal hitting a “brown note,” forcing an entire audience to shit their pants). All these are fine things to joke about, in theory, but here they’re approached with the finesse of the schoolyard, all yelled profanities and close-ups of boobs and butts.

I’d like to report that the overall unfunny and tedious nature of Fatal could be chalked up to cultural differences, a sort of Jerry Lewis or Pattaya situation, but I have a feeling that generalized pants-shitting, motorboating cleavage, cucumbers shoved up asses and sheep unleashing torrents of piss are pretty universal topics. Youn may have been trying to have his own Ali G here (forgetting, conveniently, that the mostly fictional Ali G feature was mostly bad), but what he actually wound up delivering skews closer to the flopsweat-drenched desperation of The Brothers Grimsby. ■