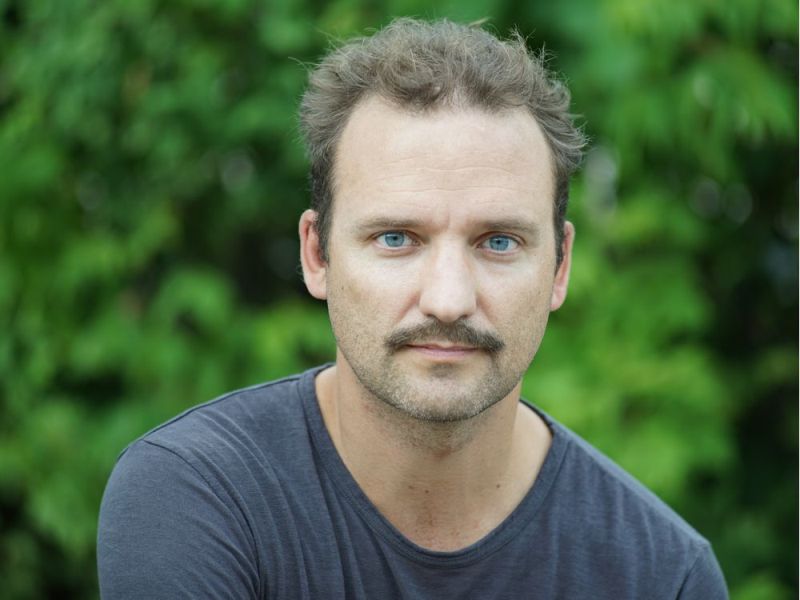 Natalia Yanchak: As a traveller, what is the thing you look forward to most when you return to China, or any foreign place? What is your greatest comfort when abroad?

Alexandre Trudeau: I try to put myself in a position to be surprised, to have the place reveal itself to me, without me seeking it out. So I’m a very different kind of traveller than someone who goes and visits a list of tourist sites or monuments. I don’t like museums, so I might go to some historical spots, but I really want to be in a place in a normal way so I can get the vibe. When I’m returning to places I like to be with people of those places, in conversation or in action, in their environment, so that’s the top goal.

AT: It’s very personal, because I’m in full control. There are a number of characters, and of the two main characters, one of them is me — that character can be looked at very closely. There’s memoir, there’s travelogue and essay-style and a lot of analysis. I had fun with it, and I’ve got wide-reaching interests. Someone said [Barbarian Lost] was dense, but I think it’s specifically not dense. It’s easy to read. It’s fun. It’s got humour in it. I believe in art being generous. Art is futural — it’s a portal, allowing new meaning. Things that weren’t possible or true or real before find their way into the world by people who experience that art, [by changing] their frames of reference of what is possible.

NY: Montreal can be a frustrating city: endless construction, extreme weather, terrible service. How do you feel, comparatively, about the city when you come home?

AT: When you come back here from China, for instance, or anywhere where their highways are in great shape and everything, Montreal is kind of pathetic, frankly. We just feel it, how run-down or ill-maintained and laissez-faire it is. But me, as a person, would not be possible without Montreal. I love Montreal. It’s my favourite place in the world. There’s such a soulfulness here. It’s the free-est place on the planet, where people are so tolerant. People don’t realize that — it’s probably the least violent city I know in the world. No one ever fights here. In my whole life in Montreal, I’ve barely seen any kind of physical violence.

NY: Except when there’s a hockey game and those kids come up from Boston, you know, to drink underage?

AT: Yeah, outsiders, who get drunk! I mean, I used to watch my father walk to work every day as a normal person and no one would ever bother him. Only tourists would take pictures. But Montrealers are just so cool about respecting everyone’s space, at one level, and at another level they’re also proud. It’s a true republican city. There’s no special people here. So everyone just goes about their way peacefully, they don’t bother each other. It’s really a special city.

But you also realize that China, after all the trips I’ve taken there these past years, is booming. We don’t really know what a booming place is, like Shanghai or Beijing, Chongqing or Shenzen, you know, where they just can’t stop building. And can’t stop planning…

I live in downtown Montreal and all these holes here, now, everywhere! And people aren’t even working at them — they’re just empty, though some projects have started up. My mind starts spinning about all the corruption that’s behind it. We are paying for empty holes and all the rest!

In China it’s so different. The lights are on all the time and they’re always working. It’s a very different system. It just shows that we’re a sleepy backwater here, a poetically beautiful one.

NY: I read a about how, early on, you defined your need for a “real self” or personal identity that can’t be touched by what others think, or how they perceive you. How do you reconcile that with social media and the Internet?

AT: [Social media] is antithetical to me. It’s the opposite direction of my feeling. I grew up under the spotlight, having pictures taken — it always annoyed me. What matters to me is the sacred private stuff: talking to people, looking in their eyes while I’m talking to them. That kind of communication is way more meaningful to me.

At the same time, the Internet is the first manifestation of a new age, which is massive! There’s the social media side of the Internet, which has become very dominant, but I use the Internet constantly to educate myself. With the Internet, if you want to get the pH balance of your aquarium right, any information you need is freely available, and that is radically transformative. We don’t even need schools anymore in many ways. It’s incredible for a renaissance age where we can become polyvalent in so many different fields of knowledge, and especially the practical ones. I look on it as a terrific tool.

NY: Do you worry for your kids being online?

AT: I had to shut it down because [my kids] were watching too much garbage YouTube, and that’s not even the greatest threat, but [videos of] people playing with toys. I just thought it seemed kind of toxic and unstructured.

What we do every night is sit down and do research. I have my laptop and the kids gather ‘round and we answer questions: How do the lungs work? or, What’s at the centre of the Earth? or, How do you make paper? So again, what would have required hours at the library can be dealt with through vision and sound and documentaries in minutes. We run through a bunch of questions. It’s great for the curious mind. And curiosity is the most important quality in humans.

Here, the tenets of parenthood become that much more important, in that you want to provide them with a terrific amount of confidence. You want to give them a lot of love and stability so that they, in turn, have developed their confidence so they’re not rattled by the shocking things — not just on the Internet but in the world.

AT: Bagels? I’ve always been a St-Viateur man. Frankly, I mean, how blessed are we to have both, because I can’t handle anything else but Montreal bagels. ■