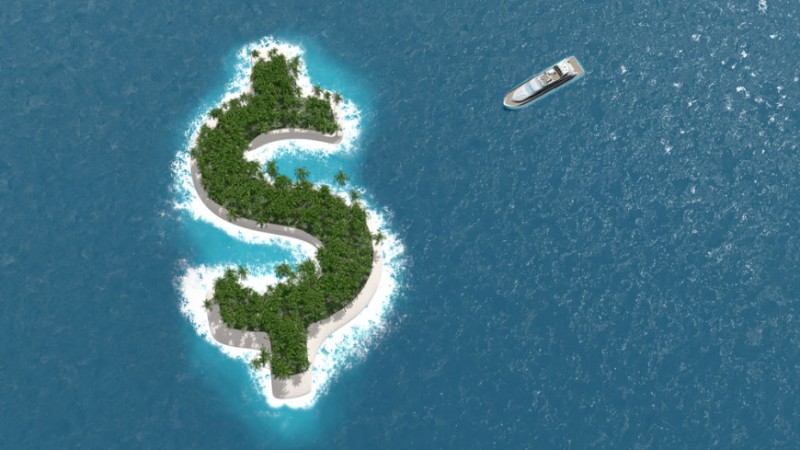 Montreal, like many older cities, has a drinking problem. It’s estimated that anywhere from 20 to 40 per cent of our potable water never makes it to a tap but is lost somewhere between the filtration plant — where it is treated at no small cost to make it drinkable — and our homes and businesses.

It’s a problem the city is well aware of as it struggles to replace water mains that are up to 125 years old in some cases, as well as pipes affected by temperature changes, sinkholes, shifting soil, faulty joints, etc.

Luckily, we live in a society where there is no shortage of this precious resource, so even though we are metaphorically pissing away vast quantities every day, no one is going to die of thirst because of it.

Imagine, however, if water was an extremely scarce and valuable commodity, one desperately needed by large swaths of the population. Then imagine that we were losing significant volumes of it every day not because of accidents or leaks but because we had built a parallel system that allowed private corporations and wealthy individuals to pipe it elsewhere and either sell it or keep it to themselves.

That’s exactly what’s happening to untold billions of dollars in Canadian tax revenues that are currently being diverted away from the federal and provincial treasuries and “invested” in dozens of tax havens, or “tax paradises,” as they’re known in French.

As with the water waste, we don’t even know how much we’re losing, because Ottawa has fought efforts to force it to track the loss, the so-called “tax gap.” But the visible tip of the iceberg, nearly $200-billion in Canadian funds held in the world’s top 10 tax havens, represented by itself a $7.8-billion tax revenue loss in 2014. Compare that to the measly $36-billion that was actually paid in corporate taxes that year and you begin to see the scope of the problem.

Corporations and individuals that are benefitting from these tax holidays are diverting the cash they earned in Canada to fiscal paradise spots like Barbados, the Cayman Islands, Luxembourg, Switzerland, Bermuda, Ireland, Hong Kong, Cyprus, Singapore, the British Virgin Islands and Panama.

Now, as these corporations and the bankers who help them move and hide the money are quick to point out, they’re probably not doing anything illegal. Canada has signed treaties and agreements with many of these countries that quite explicitly paves the way for these kinds of tax manoeuvres, effectively building the very pipelines that are siphoning money out of a struggling Canadian economy.

So when the spokesperson for the Royal Bank — which has reported new record-breaking profits every year for as long as I can remember — says his firm has done nothing illegal by helping set up the shell corporations used to move income out of the reach of the tax man, he is probably telling the truth.

Ultimately, though, the problem is not one of tax evasion, which is illegal, but of tax avoidance, which is not. In fact, most of us engage in various forms of tax avoidance every year around this time, trying to make every legitimate deduction we can to try to reduce our annual income tax bill. You’d be treated like an idiot if you started telling your accountant, “no, don’t bother counting up my receipts for charities, I still want to pay taxes on that income even though I gave it all to Centraide.”

But that’s a far cry from what some of these corporations and individuals are doing. In some cases, for example, the tax avoidance is achieved by transferring revenues to shell companies registered in one of these tax havens, where tax rates are next to nothing. The only objective behind the manoeuvre is to keep from paying a fair share of your Canadian tax bill, pushing the burden for supporting public services onto the shoulders of the rest of us, often those who can least afford it — and who are the least able to exploit a taxation system that is principally designed to only offer breaks to people who already have high levels of disposable income.

There has been a large shift in Canada over the last 15 years from corporate to personal taxes. Business tax rates have gone from 28 per cent in 2000 to 15 per cent in 2015, while tax revenues have remained stable despite record profits. Federal revenue from personal income taxes has steadily climbed, however, going from $97-billion in 2005 to $143-billion in 2015. That represents a 47 per cent increase in just 11 years, to the point where personal taxes now represent half of government income, up from about one-third 50 years ago.

As the working population ages and technological change forces more and more people out of the workforce or into precarious and part-time work, it will become harder and harder to squeeze more tax blood out of individual taxpayers. Society will at the same time face ballooning costs for healthcare and income security, especially if provinces like Ontario and Quebec move beyond the talking stage for introducing the type of universal guaranteed income program that would give every citizen a living wage.

Done properly, a guaranteed income program will not come cheaply, and the question will quickly have to turn to “how will we pay for it out of our scarce resources?”

Well, maybe we could start by changing the laws so that shipping your cash to the Caymans is recognized for what it is: pure and simple tax evasion. Until we dismantle the shadowy system of international finance, until we force our companies to pay their fair share, we will continue to live in a society where people die of thirst while surrounded by water. ■