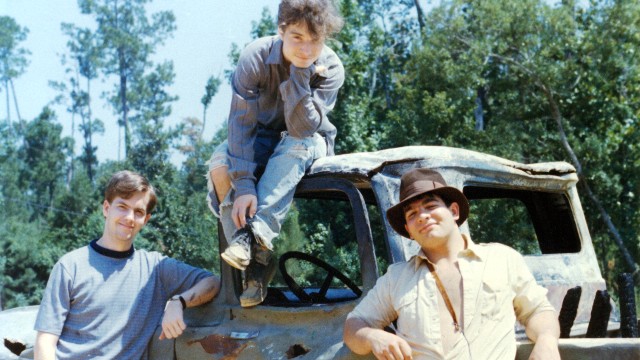 Raiders! The Story of the Greatest Fan Film Ever Made

Raiders! The Story of the Greatest Fan Film Ever Made

A poignant take on the notion of FIAWOL (Fandom is a way of life), it’s hard to imagine better geek-bait than a documentary about three Mississippi teenagers who spent nearly eight years of their life trying to recreate the first Indiana Jones shot-for-shot on a budget consisting mainly of allowance money.

Is that how much influence George Lucas and Steven Spielberg’s flick had on pre-VHS era teenagers? Well, let’s put it this way: when Erik Zala and Chris Strompolos initially decided to film their own adaptation of Raiders of the Lost Ark, the pair had only watched the original version once at the movie theatre.

As personal issues led to fall outs between the trio, the film outgrew their relationship and became some sort of a legend among die-hard ‘Indy’ fans. So much that after filmmaker Eli Roth got his hand on a copy of the film and screened it, the duo reunited a was able to raise enough money to finance the filming of the last scene of the “greatest fan film ever made.”

Produced and directed by Tim Skousen and Jeremy Coon (Napoleon Dynamite), Raiders is a must-see for anyone who believes that grown men should have the right to jeopardize both their health and family life to recreate the last scene of an amateur film they shot between the age of 11 and 18.  (Ralph Elawani)

We Are Still Here 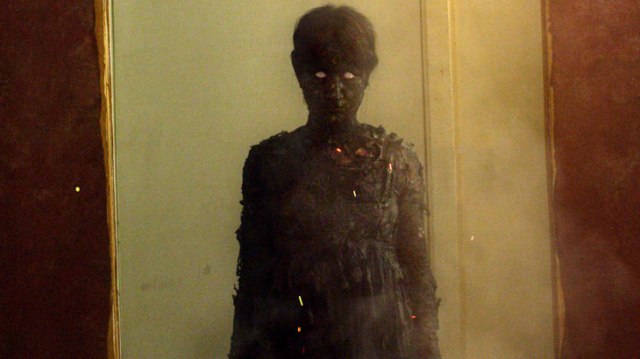 We Are Still Here

One of my unsurmountable biases as a critic is that I find almost every ghost or possession story tiresome; this puts me in a bad position during Fantasia, where a significant percentage of the programming is made up of films about vengeful ghosts or possessed children. It’s not that these movies are necessarily bad, I’m just way more personally scared of a psycho breaking into my house than I am of discontented Amish farmers chilling in my basement. Ted Geoghegan’s We Are Still Here splits the difference by paying homage to a different breed of haunted house film, inspired in part by Italian goremeister Lucio Fulci’s The House by the Cemetery.

After their adult son dies in a car crash, middle-aged couple Anne (Barbara Crampton) and Paul (Andrew Sensenig) move to the country to start a new life. They’re warned by the next-door neighbours (Monte Markham and Susan Gibney) that the house was once the site of some gruesomeness, but they don’t quite believe them until a pair of loopy hippie friends (Lisa Marie and Larry Fessenden) come over to “purify” the house.

A lot of it is your run-of-the-mill haunted house stuff, but Geoghegan’s got his heart in the right place and the leads are compelling (some of the supporting performances, less so). It’s one of those overly reverent genre exercises (it goes as far as naming the family of ghosts after a supporting actress in the Fulci film) designed to tick off horror buffs’ pleasure zones, but it leads to a satisfyingly gory bit of business that’s as refreshing in a sea of mewling children as it is retro. (Alex Rose) 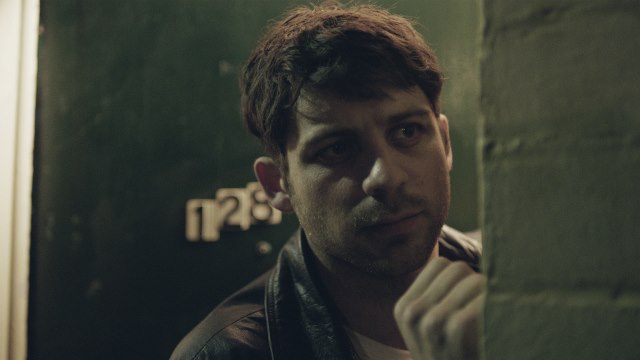 This Australian production is having its world premiere at Fantasia tonight, with writer-director Joseph Sims-Dennett and members of the film’s cast (Australians doing the American accents) in attendance. Like Slumlord, also screening today, surveillance drives the narrative in Observance, but in this case our protagonist, Parker (Lindsay Farris), is a private investigator hired to spy on a woman in her home, from an abandoned building across the way. His anonymous employers keep him in the dark, literally (he’s confined to the building, photographing the woman through an observatory hole cut into papered-over windows) and figuratively (never revealing the purpose of the surveillance or giving any instruction other than observe, shoot, report). When Parker witnesses escalating violence and suffers side effects from living in a very sick building, where black muck accumulates almost supernaturally, he begins to unravel.

Observance was reportedly shot with a small budget over 11 days during a major heatwave, conditions that seem to have served rather than detracted from the level of intensity that’s maintained throughout the film. Polanski is an obvious influence on the tense atmosphere at work here (Repulsion in particular, as mentioned in every write-up on this film), but there’s also an eeriness that permeates the derelict building (and Parker’s nightmares) that evokes the tropes of Japanese horror.

This is only the second feature by Sims-Dennett and the first for its editor Charles Ivory, but you’d never know it given how tightly wound a piece of work this is. Equally impressive is the lead actor, Farris — a little over a decade of experience on stage and in TV and movies (including Sims-Dennett’s first feature Bad Behavior) clearly primed him for the heavy lifting he’s mastered in Observance.