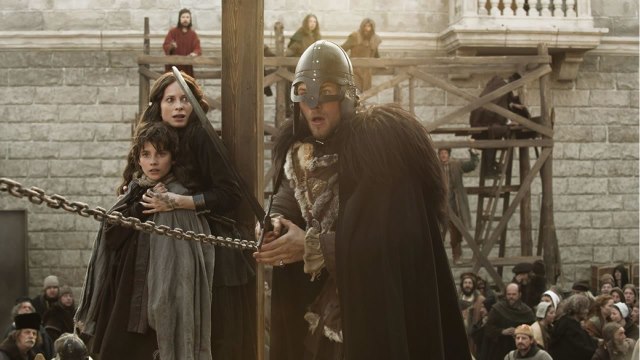 A pseudo-medieval realm, a regicide, a fight for the throne, a magical power and….dragons. While you’ve got quite some time before the next season of Game of Thrones, Danish director Kenneth Kainz helps to fill the void with The Shamer’s Daughter, a film adaption of Lene Kaaberbol’s popular young adult fantasy novel, the first of a four-part series.

Dina Tonerre (Rebecca Emilie Sattrup) is the daughter in question, a young girl who’s inherited her mother Melussina’s skill to look into people’s eyes and see what secrets shame them. When the king, his young wife and their son are murdered, Melussina (Maria Bonnevie) is summoned to court to look into the eyes of the king’s son, Nicodemus (Jakob Oftebro), and make him admit his guilt. When she claims his innocence instead, dragon blood-guzzling Drakan (Peter Plaugborg) throws her in jail and tries to get her daughter to do the job instead, in order to legitimize his claim to the throne.

With a young girl as its protagonist, this is a much more family-friendly fantasy affair than the rape-happy GoT, but don’t worry, there’s still a slight hint at possible incestuous intent between the cruel Drakan and his balding, feather-garbed mother. Penned by Anders Thomas Jensen, the man behind other Scandinavian successes such as In a Better World and an impressive litter of Mads Mikkelsen movies, it’s a fun-filled, clever and highly entertaining film with a talented group of Scandinavian actors you’ll most likely recognize from various crime shows and other dark Nordic films. If you’re a raging fantasy nerd, you might want to pause your afternoon of make-believe swordplay for this one! I wouldn’t be surprised to see it eventually get the American treatment once The Hunger Games wraps up and gagging teens find themselves with nothing to throw their pocket money at. (Roxane Hudon) 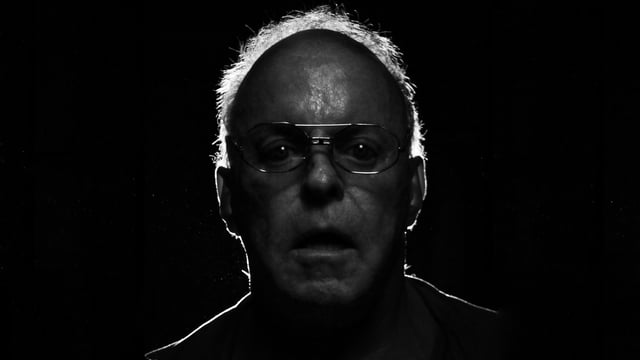 This thriller by first-time director Victor Zarcoff trades the familiar found-footage trope for good old fashioned surveillance in Slumlord, the tale of a troubled newlywed couple (Sean Carrigan and Brianne Moncrief) trying to fix their relationship in all the wrong ways (a baby, a new house, infidelity etc). If the title didn’t tip you off, the villain is their landlord Gerald, though their country house is hardly a slum — “slum” here seems to stand in for sleaze.

At first the landlord is little more than a creepy mouth-breather, but his menace escalates with each scene. The actor, Neville Archambault, doesn’t have a ton of credits to his name (his roles are often nameless — “Scary man,” “strongman contestant” etc) but his bizarre, zombie-like presence (he rarely speaks) really drives the film’s suspense. The fact that he looks like Kiefer Sutherland after a nuclear accident only makes him more gross. (Lorraine Carpenter)