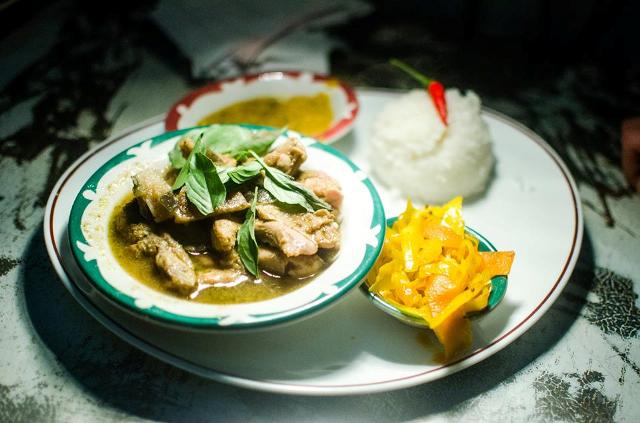 Malaysian/Thai chef Nantha Kumar, who’s been holding down Sundays at Nouveau Palais since June, has taken over the kitchen at downtown Japanese restaurant Kyozon on Monday nights. A Night in Bangkok promises some of Kumar’s signature dishes, which are well worth a try. If tonight doesn’t work, this is happening through December. 1458 Crescent, 5:30–9 p.m.

Spectrum Productions, a group that works with youth along the autism spectrum to create films, combining film production skills, social engagement and creative expression, is hosting a gala screening event at the Rialto with Academy Award-winning MC Frederick Bohbot. Over 60 short films were created by 40 participants over the nine-week summer program. 5723 Parc, 6 p.m., $20

Cinema Politica presents Concerning Violence, a new film by Göran Hugo Olsson, director of the acclaimed The Black Power Mixtape 1967–1975. The film looks at Africa’s struggles of liberation through the prism of Frantz Fanon’s writing. The screening will be followed by a Skype Q&A with Olsson. Concordia H-110, 1455 de Maisonneuve W., 7 p.m., PWYC

If you haven’t yet checked out the Segal Centre’s English adaptation of Michel Tremblay’s world-famous play Belles Soeurs: The Musical, maybe today is the day — this will be the show’s final week. 5170 Côte-Ste-Catherine, 7 p.m., $57.50–$64