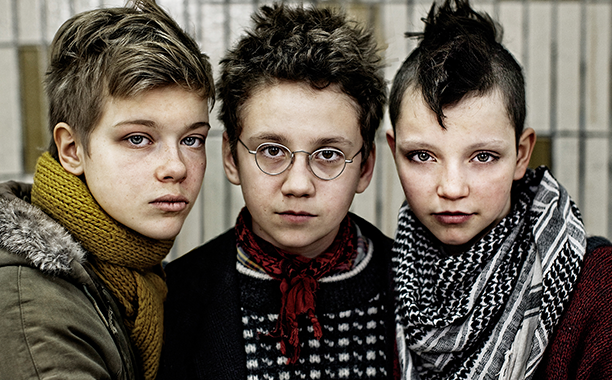 We Are the Best!

The 30th edition of the International Vues d’Afrique Festival, which celebrates African art and cinema, runs till Until May 4. And until May 8, Cinéma du Parc hosts the Montreal Latin-American Film Festival.

From May 14–30, the Cinémathèque québécoise will be screening Poland’s top film exports via Martin Scorsese Presents: Masterpieces of Polish Cinema.

In the mainstream, you can look forward to Marc Webb’s sequel to 2012’s super successful action flick The Amazing Spider-Man, with Andrew Garfield reprising the role of Peter Parker and Emma Stone as Gwen Stacy (May 2). On May 9, you can check out Belle, an award-winning drama about the illegitimate mixed race daughter of a Royal Navy Admiral, inspired by the 1779 painting of Dido Elizabeth Belle beside her cousin Lady Elizabeth Murray. Charlie Paul’s documentary For No Good Reason explores the life of Ralph Steadman, the artist (and Hunter S. Thompson collaborator) behind the well-known Fear and Loathing in Las Vegas illustrations (May 9). Animated family flick Legends of Oz: Dorothy’s Return is another in a countless number of attempts to breathe life into that classic story (May 9). In Neighbors, directed by Nicholas Stoller (Get Him to the Greek), a couple who’ve just had a baby (Seth Rogen and Rose Byrne) have to deal with living next to a frat house (May 9). In Jonathan Glazer’s sci-fi thriller Under the Skin, Scarlett Johansson plays an alien preying on hitchhikers in Scotland (May 9).

Gareth Edwards (Monsters) brings the world’s most famous monster back to life in Godzilla (May 16). Marion Cotillard, Jeremy Renner and Joaquin Phoenix star in The Immigrant, directed by James Gray (We Own the Knight), about a woman in 1920s Manhattan being forced into prostitution (May 16). In Disney’s Million Dollar Arm, Mad Men’s Jon Hamm plays a sports agent trying to get a talented cricket player to play Major League baseball (May 16). François Ozon’s (Swimming Pool) Young & Beautiful explores the life of a young girl who secretly becomes a prostitute after losing her virginity (May 16).

In The Angriest Man in Brooklyn, a comedy directed by Phil Alden Robinson (Field of Dreams), a foul-tempered man (Robin Williams) is given 90 minutes to live, sending him rushing all over town to make amends (May 23). Frank Coraci’s (The Wedding Singer) Blended reunites Adam Sandler and Drew Barrymore for a third time as a couple who have an awful blind date only to realize they’re stuck together at a family resort (May 23). Here’s a twist: John Turturro directs Woody Allen in Fading Gigolo, a comedy about a man who tries to “manage” his friends’ sexual encounters in order to make some cash (May 23). Emma Thompson and Pierce Brosnan star in The Love Punch, about a divorced couple trying to recover their stolen retirement money, directed by Joel Hopkins (Last Chance Harvey) (May 23). The X-Men story continues in Bryan Singer’s X-Men: Days of Future Past, wherein Wolverine time-travels to prevent horrific events (May 23).

I’m so excited for Disney’s Maleficent, starring Angelina Jolie. If this reimagining of the Sleeping Beauty story isn’t as incredible as I think it will be, I might cry (May 30). And Seth MacFarlane directs and stars in a comedy Western, A Million Ways to Die in the West, as a farmer falling for the new woman in town (Charlize Theron) (May 30).

At Cinéma du Parc this month, you can check out Jodorowsky’s The Dance of Reality, about the director’s childhood in Chile (May 2), The German Doctor, Lucia Puenzo’s award-winning drama based on the true story of an Argentine family who lived with Josef Mengele without knowing his true identity (May 9) and the documentary Finding Vivian Maier, about a nanny with a hidden talent for photography (May 9). Also at Parc, and inspired by the photo collages of Quebec artist Pierre Guimond, is the documentary The Imagined States of America, which takes on American myths (May 16). From May 16–18 you can check out Silver Mt. Zion documentary Come Worry With Us!, which follows Jessica Moss and Efrim Menuck’s struggle to balance parenthood and making music. Documentary Ukraine Is Not a Brothel explores Ukraine’s topless feminist group Femen, which has caused a media frenzy around Europe (May 23). And starting on May 30 is Swedish flick We Are the Best!, about three girls in 1980s Stockholm who decide to form a punk band. ■