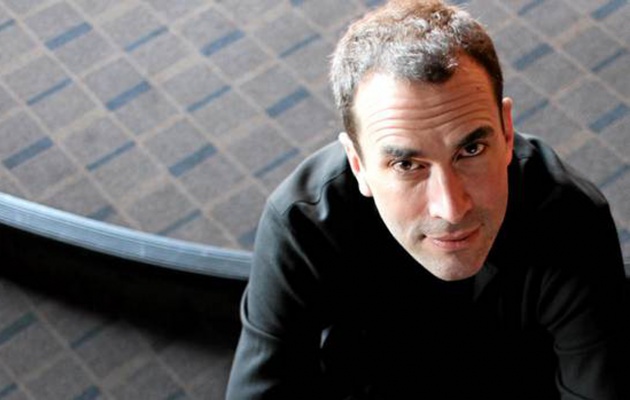 This year, non-profit media arts organization Cinema Politica celebrates its 10-year anniversary as it continues to promote documentary activism. As its current season draws to a close, festivities wrap up with the launch of a book, Screening Truth to Power: A Reader on Documentary Activism, edited by Cinema Politica co-founders Ezra Winton and Svetla Turnin.

I spoke to Winton earlier this week about the book and the upcoming launch party.

Kayla Marie Hillier: How did the idea for the book come about?
Ezra Winton: Cinema Politica wanted to mark 10 years of activity by producing a book because we wanted to make a cultural artifact. We’ve mainly produced events, so we thought it’d be nice to produce some interpretive material.

The book is basically a collection of a bunch of different contributors who all touch on the intersection of documentary and activism — they’re academics, filmmakers, Cinema Politica local organizers, activists and there are also people we collaborate with at other organizations featured in the book. And the content ranges from more academic-style essays to reflections and impressions by filmmakers and collaborators to favourite film lists. When we started it we wanted to do top 10s but everybody, it turns out, hates top 10 lists, and trying to get documentary filmmakers to do anything that fits in a neat little tidy box is impossible. So everyone broke our rules and barely anyone chose 10 and they didn’t stick to documentary — they’re really great lists but they’re like favourite anarchists films, favourite queer, favourite Quebec, favourite feminist, so there’s a whole bunch of those lists to kind of expand the scope of political cinema for readers and our audiences.

There’s also a foreword by John Downing who is one of the foundational figures in alternative media, research and writing. And there are a lot of interviews with filmmakers.

KMH: Where can people check out the book outside of the launch?
EZ: We’re self-distributing it. We’ll see how that goes. We seem to like challenges. When everyone is saying the publishing industry is tanking, we’re like, “Let’s make our own book and try to sell it.”

KMH: At the launch event, you’ve invited filmmaker, activist and educator John Greyson to give a talk entitled “How to Make Glue From Macaroni” — is he involved in the book as well?
EW: Yeah, he is featured in the book.

Greyson’s talk will touch on his recent documentary projects, his experience of being imprisoned in Cairo and his development, theory and practice called “the documentary hippocratic oath.” ■

You can also purchase the book here or at the Concordia Co-op Bookstore (2150 Bishop).