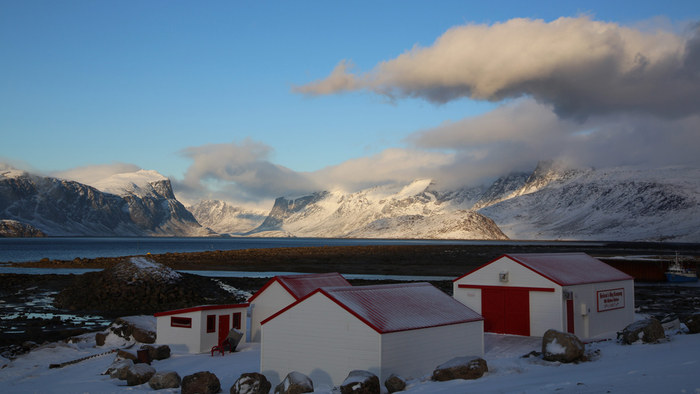 Over the past 10 years, the non-profit media arts organization Cinema Politica has grown exponentially, from a small film series at Concordia in 2003 to roughly 100 chapters, or “locals,” in Canada and other countries. In the last decade, it has held over 3,000 screenings on four continents and shown over 700 political documentaries.

I spoke to executive director Svetla Turnin and director of programming Ezra Winton, the co-founders of the network, via email earlier this week about how Cinema Politica began, its goals and what’s to come.

Kayla Marie Hillier: How did Cinema Politica start, and what is the main objective?
Svetla Turnin and Ezra Winton: We started as a screening series at Concordia, but it quickly spread, organically, to other campuses, eventually becoming the largest community and campus-based documentary screening network in the world. We started CP for three reasons: 1) To address the lack of diversity in cinemas in Canada, where 97 per cent of screened films are from six Hollywood studios; 2) To use art as a way to connect student audiences to politics, especially as a way to inspire progressive change and political participation; and 3) To support independent documentary filmmakers, and especially those who use their political voice to advance progressive political agendas.

KMH: Do you think having these screenings in universities improves political interest, particularly with younger generations?
ST & EW: Students will mobilize around important political issues like tuition, Palestine, LGBTQ rights, fracking, indigenous struggles, etc., if spaces are created for political engagement. Unfortunately, as universities continuously corporatize at all levels, real diverse, inclusive and politicized spaces on campus diminish. When we started CP in 2003, the lobby and the mezz areas of Concordia’s Hall building used to be filled up, nearly every day, with political rallies, debates, information tables and more. Now these spaces resemble more of a prosaic lounge. And this is not just a Concordia problem. We therefore feel that our screening events are crucial to the vitality of political imagination and action. We know that many come to our screenings and meet and exchange ideas and tactics around the topics discussed in the films, and also learn how to get involved with different progressive groups and organizations. We also know that the political documentary can be a very inspiring force, compelling people, including students, to get

involved at various levels. This is why we always try to have discussions after our screenings, either with the filmmaker or with a local activist or both. From what we see, young people are engaged and totally hungry for inspiring, political media. What is missing from the equation is linking agents that help connect them to such media — which is where we come in.

KMH: What’s your selection process for the films that you screen?
ST & EW: We have a programming committee that we work with to make our final selections. Out of about 500 submissions per year, as well as the hundreds of titles we seek out to preview, we select around 50–60 feature docs to program in a year. Many of those then play at Concordia and elsewhere throughout the network. During the selection process, we obviously want films that are technically and formally awesome, but we also keep in mind the sociopolitical context: is this an

under-represented issue? Is this a marginalized perspective? We are most interested in point-of-view documentaries, where there is a strong political voice. While many of our films are fist-in-the-air-type of political interventions, we also show more nuanced artistic works. Our favourite films offer creatively compelling critiques of oppressive systems while urging us to imagine and build sustainable and just alternatives.

KMH: What films can we look forward to in the coming months?
ST & EW: We have so many amazing films this semester at Concordia, but here are a few we’re really excited about, and that will have guest speakers: Let the Fire Burn, Arctic Defenders, Insurgence, Pussy Riot: A Punk Prayer and Paris Is Burning. ■

The complete schedules (including Concordia, McGill, UQAM), trailers, interviews with artists and more can be found at here.