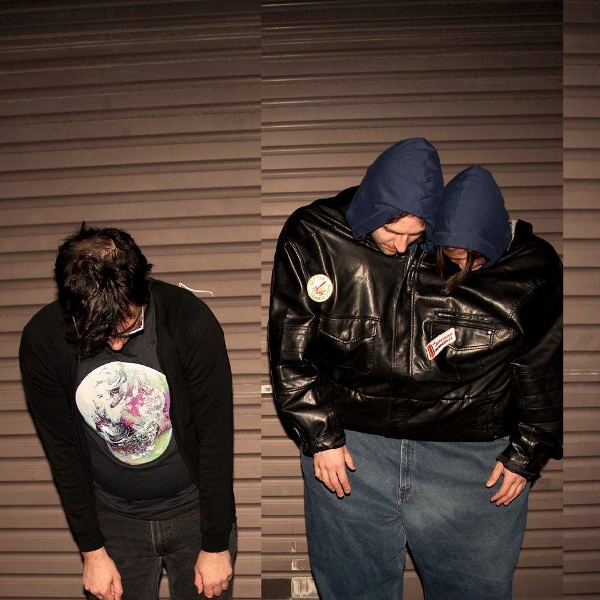 Wrong Hole is a heavy Toronto trio featuring members of four quality Canadian bands, namely Andrew Gunn (Quest for Fire/Deadly Snakes), Nick Flanagan (Brutal Knights) and Jon Schouten (Teenager). They’ve been known to describe themselves this way: “Give Charlie Chaplin a bunch of cool tattoos and a strat and U GOT US.”

Ahead of their headlining Montreal show on Saturday, I connected with Flanagan for the scoop on Wrong Hole.

Lorraine Carpenter: When did this band get started?
Nick Flanagan: Late 2012, early 2013. That’s when Andrew and I decided to meet up at his other band’s practice space and work on songs, a process that always just devolved into conversations about sandwich restaurants. Jon started playing with us by April 2013, which kicked us into gear. He switched to keyboard after our first live show in May, because in life even one guitar is barely necessary. Joking! Don’t chase me down, axemasters!

LC: How would you describe your sound and what you do?
NF: Drum machine, guitars, vocals and keyboards create a garage punk thing that is slower than my old bands, but more garbled, and way too fast for Andrew to feel comfortable with. Jon just wants to be Rick Wakeman/Wendy Carlos, so we have the beep-boops on lockdown. Songs as of now include odes to Dogs, HDTV, “I wanna be a grandparent” and a song about Home Alone that focuses on Kevin being lonely.

LC: How long have you been playing live?
NF: Since May 2013, June with keyboards. We’ve almost hit the 10-show mark.

LC: What are your goals as a band this year?
NF: We would like to play more than three times and write at least three more songs. ■