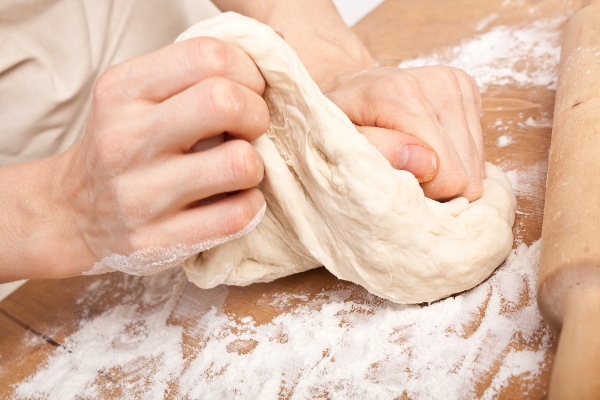 Can we talk about food for a second? I like how I ask you that as if we’re having a conversation and you have the right to say yes or no. You definitely have no rights here. You have to say yes for this to work. I don’t want you to have any preconceptions. This is not going to be a foodie column. Foodies revolt me. Foodies are evil people. Foodies shot JFK.

Now that we’ve established this fact and that we’re all in agreement, I’d like to make a serious confession: I’m the best worst cook in Montreal. In my exhaustive efforts to keep healthy and avoid eating takeout or fast food, I try to cook at home as much as possible. But the more adventurous I try to get, the more inedible the food becomes, and the more embarrassed I ultimately am.

I’ve considered cooking classes. I’ve bought cookbooks, and I read food and cooking blogs constantly, but no matter how closely I follow any recipe, the food turns out looking like Sloth from The Goonies, the much-adored 1985 action adventure film about a lovely family who are mercilessly chased and abused by a bunch of annoying children with headbands and sweatpants led by Barbara Streisand’s stepson Josh Brolin.

Anyway, after ruining a recent dish that I spent hours working on, I decided to hang up my apron until I had a better grasp of what I was doing. Maybe it’s because I’m a stubborn asshole, but it can’t be that I’m just shitty at cooking. Shitty at skateboarding, absolutely, but there must be some subconscious reason why I can fuck up rice. Yes — I’ve even fucked up cooking rice.

I decided to hang out with a few local chefs and noted food creators to possibly get some advice and learn from the masters. Believe it or not, all the restaurants I contacted didn’t want me wandering around their kitchens, taking notes. Shocker. I assume the Restaurant Association of Montreal (this does not exist) took a poll and decided to reject this dumb-ass idea. It’s important to remember that I wasn’t expecting to learn the great mysteries of the kitchen overnight. All I really wanted to do was watch and listen.

Thankfully, three local masterminds allowed me access to their incredible workspaces, and I gleefully watched them create brilliance. I didn’t necessarily intend to hang out exclusively with bakers and pastry chefs, but who the fuck would turn down a tutorial on breadmaking, cake-glazing and donut hole-ing brilliance?

I met Reema Singh in her lovely dessert paradise Cocoa Locale (4807 Parc). The kitchen is small and adorable with one single oven and various blending machines nearby.

Since our kitchens are about the same size, I was looking forward to watching the cakemaster work in a tight environment. She dazzled me with her ability to bake 14 cakes simultaneously while icing and prepping several others, all the while serving customers with a smile and answering my dumb-ass questions. Reema started baking at a young age, finding her passion early on. She worked as a caterer before opening Cocoa Locale almost nine years ago. Her cakes and cookies are masterfully prepared, and every item in her display window made me want to commit carb suicide.

As she happily floated around her kitchen opening fridges and stirring ingredients, I realized that I’ve never had that much fun in my own workspace. Then I got sad because it never occurred to me that I could be having fun in the kitchen but I’ve never allowed myself to.

Visiting Boulangerie Guillaume (17 Fairmount E.) was a surreal experience because it was like watching Santa Claus and his elves make toys, except instead of toys, they were making delicious breads. Guillaume and his crew work tirelessly all night baking a ridiculous assortment of beautiful breads, croissants and pastries. The ingredients were all fairly simple and the process of sticking dough in a 500-degree oven seemed straightforward enough, but the magic that emerged 20 minutes later blew my mind to bits.

The passion that Guillaume has for his trade was heartwarming, and again I felt stupid for not taking enough interest in how ingredients came together to make something new. I was starting to realize that my flaws as a cook were numerous and that I may have been making it harder than it had to be. I could have stayed all night and watched them turn flour and water into delectable trays of golden baguettes and sourdoughs, but I had to finish Twin Peaks. Not enough Duchovny, if you ask me.

Finally, I passed by Chez Boris (5151 Parc), where Boris and his team prepare adorable donuts plus a variety of other Eastern European dishes like borscht and gravlax. The donuts are made each day with a strict set of ingredients and timings. Did you know that if you add yeast to a warm mixture, it dies? I felt bad for the yeast dying. Thankfully, the roux chilled long enough for the yeast to do its job and levitate the donuts. I don’t think levitate is the right word.

Anyway, once the donuts are rolled, they are submerged in a beautiful bath of boiling hot oil. After just 30 seconds, they are removed, golden brown on the outside, light and fluffy throughout and ready to be sprinkled with cinnamon or sugar. As I watched this methodical dance of doughy heaven, it occurred to me that there’s nothing stopping me from experimenting and trying to cook insanely ambitious foods. Even donuts. Who the fuck’s gonna stop me, The Goonies?

I haven’t put my apron back on since I finished my culinary journey, but when the time comes and I can re-enter the kitchen as a grown-ass man, I will do it with confidence and poise. I’ll probably never be a world-class chef or even a guy that people refer to as a decent cook, but at least I’ll be able to say that I tried my best. And that I ain’t no fuckin foodie. ‘Cause foodies are disgusting. ■