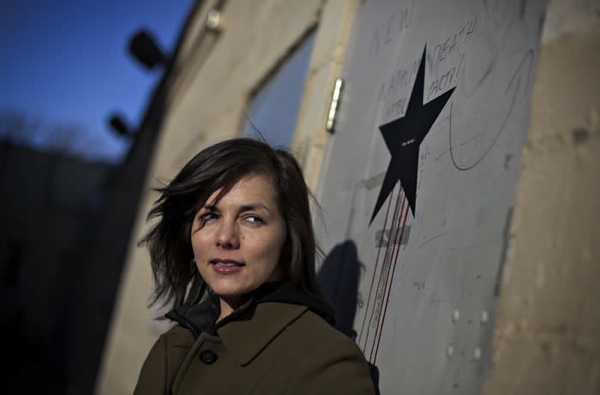 The short stories in Lynn Coady’s new collection scratch beneath the surface of everyday life, revealing the inner lives of characters who find themselves at odds with the social roles they inhabit. This struggle between public appearance and private life is everywhere in Hellgoing. Among the uncomfortable people who populate these stories are an ambivalent nun, a high-functioning alcoholic, a conflicted landlord and an ageing ukulele player.

Hellgoing is Coady’s sixth book of fiction and second collection of stories. In this new volume, she maintains her status as one of the leading lights of Canadian fiction, a position she claimed with the publication of her brilliant first novel Strange Heaven in 1998 and further solidified with her latest, The Antagonist, which was shortlisted for the 2011 Giller Prize. Coady, originally from Cape Breton, now lives in Edmonton, and these stories reflect her westward move. One of them follows a pregnant Cape Breton teenager’s awkward friendship with one of her teachers, while several others examine the difficulties of life in boomtown Alberta and New Age British Columbia. 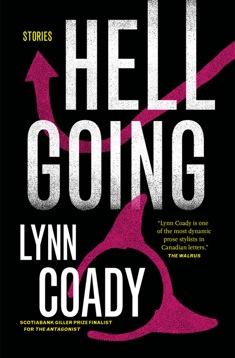 In Hellgoing, Coady celebrates everyday people who can strike a tentative balance between true inner weirdness and an outward appearance of normalcy. In “An Otherworld,” Erin finds herself so uneasy with the pristine Caribbean setting where her wedding is being held that she starts secretly throwing herself down the stairs in order to cope. In “Take This and Eat It,” a nun on hospital duty recognizes her waning interest in her vocation when faced with an anorexic teen who cites religious zeal as an excuse to stop eating. While trying to counsel the sickly teen, the sister rebuffs her fanaticism and advises her not to read the Bible, bluntly stating, “That’s what the Protestants do and look at them.” After years of service, the sister can no longer be bothered with upholding a strict moral code, or even feign much interest in the lives of others. In “Clear Skies,” a reluctant young writer’s attempts to appear professional to the students in her workshop are unwittingly undone by poor personal hygiene.

As a champion of the awkward, Coady takes great joy in deflating individuals who are certain and self-assured. For instance, in “The Natural Elements,” a friendly landlord’s delusions of benevolence evaporate when, in the middle of a boom economy, he is unable to get a repairman to fix his tenant’s furnace in deepest winter. He wonders, “What is the good of all this money, if it made no one responsible to anyone else?” even as he begins avoiding his tenant’s phone calls. “Body Condom” mocks the narrator Kim’s oversexed younger boyfriend Hart, a self-satisfied spiritual seeker whose “therapy-language” makes him intrinsically ridiculous even if his desire to “choose light over dark” and “wellness over addiction” might be noble.

Most of the characters that populate the stories of Hellgoing are navigating a world in which they are deeply uncomfortable. And yet despite this, a kind of uneasy balance is visible in most of their lives. While some might forget to shower for a few days, make poor choices in romantic partners, or blow up at their employer in a misdirected response to the stress of family illness, Coady always underlines their toughness, insisting that most have been through much worse. Each protagonist of these nine stories has gone through the crucible of life and decided to keep going, swimming against the tide. Hellgoing’s portrayal of imperfect characters struggling with daily life and (mostly) managing to keep up appearances is funny, appealing and resonant. ■