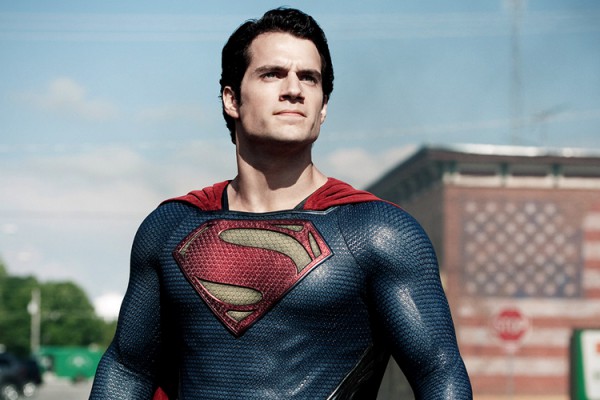 Henry Cavill in Man of Steel

The wait is over. You can finally watch this summer’s big action superhero film Man of Steel. Early rumblings are also saying that it should be as epic as anticipated. This is definitely welcome news as I may have teared up a bit watching the trailer. I feel like getting verklempt over a shockingly horrible superhero film isn’t as hip as the alternative. Handsome (understatement) Henry Cavill is your new Clark Kent, Amy Adams plays Lois Lane, and the incredible Michael Shannon is General Zod.

This is the End opened on Wednesday, and so far it’s receiving high praise. You can read our review here. You can’t really go wrong with a comedy where actors play themselves at James Franco’s house for a party, when the apocalypse strikes. It is an all-star cast indeed, with Seth Rogen, Jonah Hill, Jay Baruchel, Michael Cera, Rihanna and Emma Watson, to name a few.

Then we have The East, the new Brit Marling and Zal Batmanglij flick (which we reviewed here), about a private intelligence firm sending an agent (Marling) to infiltrate an anarchist group. It’s nice to see Ellen Page again, and any True Blood fans won’t mind an appearance from Eric Northman (Alexander Skarsgård).

Yvan Attal’s French film Do Not Disturb, about the reunion of old college friends Jeff (Francois Cluzet) and Ben (Yvan Attal), looks like a promising comedy. Jeff shows up on Ben’s doorstep at 2 a.m. and proceeds to wreak havoc on his life, taking him to wild parties and signing on to ridiculous projects in an inebriated state.

On the more arty side of film, Cinéma Excentris offers Hannah Arendt, a portrait of the influential philosopher and political theorist. The film depicts the true story of Arendt (Barbara Sukowa), who spoke about the Holocaust in very unfamiliar terms, creating scandal as she covered the war crimes trial of Adolf Eichmann for The New Yorker.

Cinéma du Parc also has a fantastic line-up including the unsettling Cristian Mungiu drama Beyond the Hills about the friendship (more of a relationship *wink*) of two young girls who grew up in the same orphanage. Voichita (Cosmina Stratan) is living in a strange covent in Romania and Alina (Cristina Flutur) in Germany. Alina tries desperately to get Voichita to leave with her and head to Germany, which leads to devastating results.

Matthew Miele’s upbeat and entertaining documentary Scatter My Ashes at Bergdorf’s will not disappoint for anyone interested in fashion or the city of New York itself. The film explains the history of the famous Manhattan department store, along with interviews with a slew of fashion designers, style icons and celebrities.

And finally music fans will delight in Stevie Nicks: In Your Dreams, the documentary directed by Nicks and David A. Stewart documenting the process of creating her first solo album in almost a decade. ■