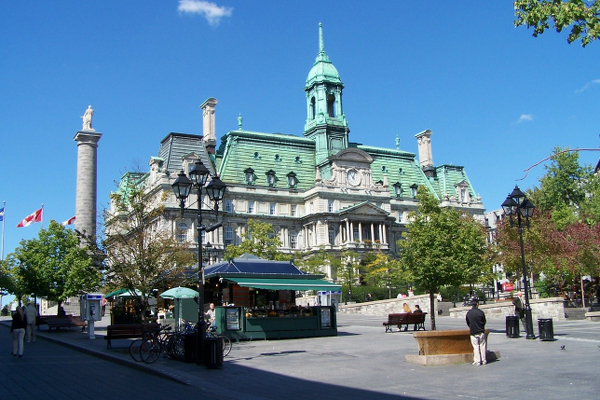 How long Laurent Blanchard will last here is anyone’s guess. Photo via Flickr

So Montreal once again has a new mayor. Laurent Blanchard, a 61-year-old former newspaper publisher, was sworn in the other day, after he was elected by a narrow margin. Blanchard’s agenda is stability, whatever that means, and he won’t serve as head of the executive committee, since that might make it look like he holds too much sway. More importantly, though: He says that UPAC need not worry about him. But he’ll only be mayor until November, which may not be enough time to build a case.

Speaking of mayors and resignations, Alexandre Duplessis, the interim guy in Laval, claims he is being extorted by an escort whose services he may or may not have solicited. Details are scarce, but Laval cops say a man did file a complaint on June 14 over a payment dispute that resulted in an extortion attempt with an escort. So there’s that. But hooker or, as he claims, no hooker, Duplessis says he won’t step down. UPDATE: Duplessis called it quits early Friday afternoon.

On the media side of things, the Bell-Astral deal — which will see Bell buying Astral Media, which, locally, holds CJAD, CHOM and Virgin Radio 96 — is set to go through on July 5. If you follow this kind of thing, you know there was concern about TSN 690, which, because of CRTC regulations, Bell would have sold or shuttered. But then it won an exception, and now the station has to keep its English-language all-sports format for seven years. A small victory for anglo media if ever there was one.

No more long-gun registry for Quebec, apparently. Though the courts had ruled that the province could keep the registry in light of the Conservative government’s decision to do away with it, the Quebec Court of Appeal this week overturned that ruling on the grounds that Quebec doesn’t own the gun-related data, which is the property of the federal government. It also ruled that the province must cover the costs of the case. So, while hope for those in favour of greater gun control seems faint, the issue may now go to the Supreme Court.

Finally, if you’re some kind of speed-demon cyclist who flouts the rules at each turn, don’t mess around and go, like, really fast along the Lachine Canal — Environment Canada wants to enforce a heretofore disregarded speed limit on the path. So watch out, scofflaws. ■