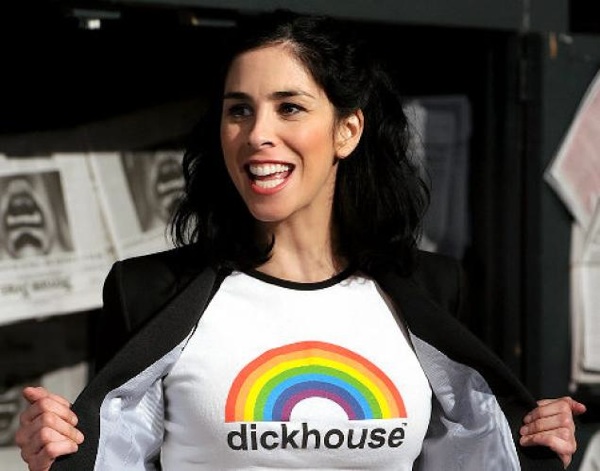 Thursday night, the Just For Laughs Festival team held a press conference at Buonanotte to announce the long-awaited lineup of comedians set to take the many stages of Montreal this July for the 31st run of the world’s largest comedy festival.

The theme of the press conference played on the recent squabbles over Bill 101. Buonanotte was chosen as a wink to the “pastagate” scandal and banners emblazoned with the tagline “We Only Speak One Language: Funny” were stationed around the room. This year will be the first time in years that the English festival will be entirely separated from the French festival.

Women are at the forefront of the Fest this year with established comedy queens Joan Rivers and Sarah Silverman hosting their own galas and fast-rising, much hyped comediennes such as Amy Schumer, Maria Bamford and Tig Notaro appearing in other shows during the fest.

The SNL contingent is also strong this year with Seth Meyers, who was recently chosen to replace Jimmy Fallon on Late Night, hosting a gala and Bobby Moynihan and Taran Killam headlining their own show at Club Soda.

Eddie Izzard is big news as a gala host, although maybe even bigger news for the French audience is that he will be hosting an international grouping of comedians that will include the French comedy superstar Gad Elmaleh.

A new show called OffJFL was introduced to the festival’s lineup and will offer significantly cheaper tickets: $20 for one ticket, $30 for two — and a younger, edgier lineup than the average JFL show.

The festival’s annual gathering of comedy bigwigs, ComedyPro, will be happening again this year with Colin Quinn, also of SNL fame, as its keynote speaker.

A number of other super buzzworthy comedians were announced, a few names being Bo Burnham, Judah Friedlander and Adsit and Lutz of 30 Rock, and Nick Kroll whose Comedy Network series Kroll Show has been generating huge talk in the comedy world.

It looks like a good summer for comedy lovers – opportunities to see some of the best in the biz for those willing to shell out the dough and chances to catch some fast rising talent for cheap before they blow up. ■