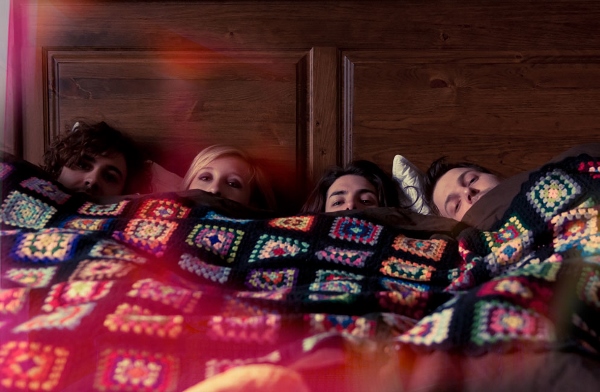 Today marks the start of the ninth edition of Under the Snow, a music festival conceived to lend a little indie action to local venues before spring brings a bounty of tours to town.

What started as a way to showcase regional bands on festival founder JF Rioux’s Where Are My Records label evolved into a largely post-rock affair in the aughts, but Under the Snow has never stagnated in the style department, stretching out to pop, electronic and folk music.

“Each year, the sound of Montreal changes a bit,” says Rioux, reflecting on how the fall of post-rock and rise of indie pop has affected his mandate. The former remains in the mix this year with Quebec City’s Echoes From Jupiter, and the latter is repped heavily by locals Groenland, on the verge of launching their debut album. But heaviosity has its place, too, in the form of scrappy MTL punks Bamboo Diet.

From its very first edition, Under the Snow has imported its share of indie heavyweights, often from the U.S. or the ROC. This year, Rioux gave himself a present and booked a longtime musical crush, Toronto folk-rock dude Hayden. Also from the 416, pop-anthem outfit Cai.ro), and from across the Vermont border, cult singer-songwriter Anders Parker. Rioux reportedly lured Parker to town, after three years of trying to book the guy, by indulging a mutual love of beer. Somewhere in this city, a hotel room is being serviced with sweet, sweet Queb microbrews, possibly as you read this.

As the festival rolls into the weekend, its Salon du disque et des arts underground de Montréal goes down in the Laurier church, with over 100 artists and vendors and a handful of live bands set up to attract the faithful.

And as for next year, and the festival’s milestone 10th edition, who knows? Corpse paint?

“Honestly, if we had a really strong black metal submission when we put the call out to artists, we’d have a black metal night,” Rioux says. “I’d just have to book the folk bands somewhere else.” ■

Under the Snow runs through Sunday, March 10. See the festival’s website for the complete program and schedule