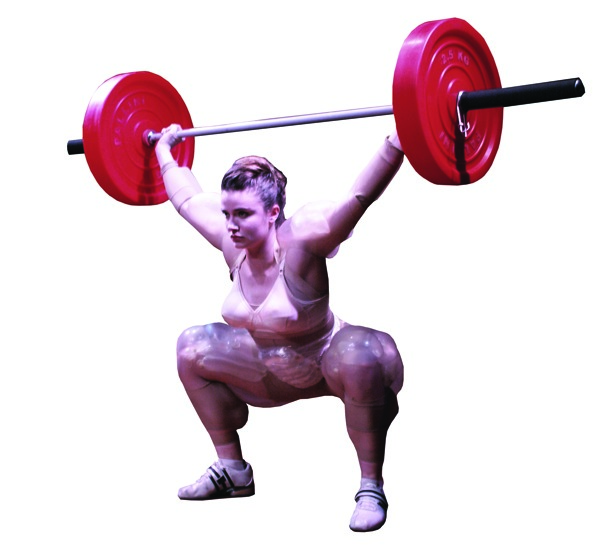 “It’s kind of been brewing for awhile,” says the festival’s artistic director Miriam Ginestier. “About five years ago I saw a women’s boxing match at the Sala Rossa, under the chandeliers, and was really blown away by that.

“I’m not someone who’s very interested in sports really, and I don’t participate, I don’t watch, so for me watching it as a kind of performance was a revelation. It made me start thinking, well, what is the difference between sports and performance? There’s virtuousity in both, there’s spectacle in both, there’s costuming in both. There’s fans in both, but to different degrees. That’s where the idea came from, and then a bunch of other stuff kind of made that percolate.”

The festival is also working with Meg Hewings, general director of the Montreal Stars and Hockey Dyke in Canada blogger, to create an on-ice arena event in which players and event participants can rethink and play with the rules of the sport, followed by a late-night game. As Ginestier notes, “The Canadian women’s hockey league — their whole annual budget is equivalent to one not-so-great male player’s salary. Stuff like that; this is an area where feminist issues are really clear.”

Called Unruly Hockey, the “derby disco party” is intended to re-think sports, athletics and the rules of the game. Participants can play a game of shinny, debate sporting rules or just drink cocoa on the sidelines and join everyone for a midnight skate.

This year, the festival has also extended its colloquium, and this year it offers its first full day of speakers. “It’s going to be the weirdest colloquium ever, because it’s going to take place in a boxing club,” says Ginestier. “It involves performative lectures. One of the speakers might drag us to the weight room. There’s so many unknowns that it’s going to be full of surprises, for the artists and the team as well as for the audience.”

“There’s lots of worlds crashing together,” she admits. “There isn’t that much crossover with sports and art.” ■