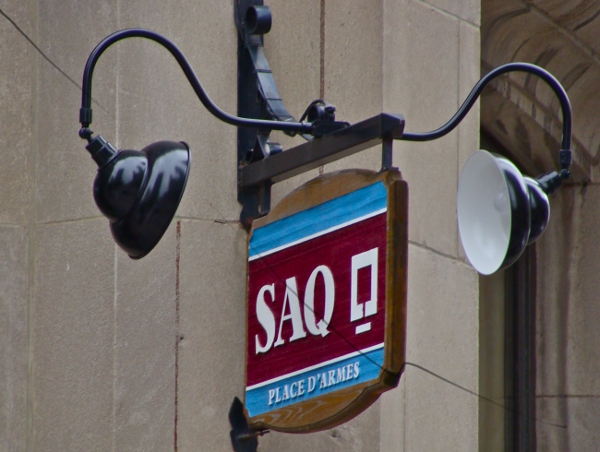 The mark of the biggest wine-buying agency in the world, photo via Flickr

Could the SAQ’s monopolistic grip on our booze be weakening? Plucky Montreal-region epicurean Jean-René Jasmin (first and third descriptors presumed) is trying to push a class-action lawsuit against our provincial liquor crown corporation, his claim being the agency buys in bulk at rock-bottom prices and then sells their delicious products at a 75 per cent profit margin.

Does Jasmin, and whoever else wants in on the action, have a case? Who knows, but the SAQ is taking this seriously — they’ve hired mega law firm McCarthy Tétrault to fight for their right to gouge us, should the suit go through.

We all know we’re being screwed when it comes to selection and price, albeit to an extent we’ve grown to begrudgingly accept — but what you may not have realized is the SAQ is the biggest wine-buying agency in the world.

Now, that last point is especially intriguing. Imagine if we could harness our buying power and use it to benefit the customer. Maybe going private isn’t the answer here: maybe we should fully and openly democratize the SAQ, making it completely transparent, and have all Quebecers participate in the process.

My proposal, therefore, from the perspective of a heavy-volume consumer, is for the creation of a non-partisan position elected by citizens of drinking age: a Corkmaster General, capable of representing the interests of consumers when it comes to these lucrative wheelings and dealings. It would be a pleasant change from the current clandestine, James Suckling-loving cabal who mostly deal with big wine and spirit corporations.

We could then adopt an online request system, where if enough people or restaurants ask for a product that the SAQ doesn’t already stock, the Corkmaster can (at his or her discretion) swoop in and use our impressive buying clout to push to get it on the shelves. If the Corkmaster happens to be an esteemed representative of the restaurant world, all the better.

That way, everyone wins: the SAQ gets to keep its bloated workforce; morality police fearing an unregulated system won’t be able whine about East End deps selling T-Bird at 4 a.m.; prices will drop; and, most importantly, I won’t have to drive down to New Hampshire to buy mezcal.

Cheers to Jasmin and his proposed suit, but in the long run, booze reform would go down smoother than having a judge order the SAQ to send us each a $5 cheque in the mail. ■