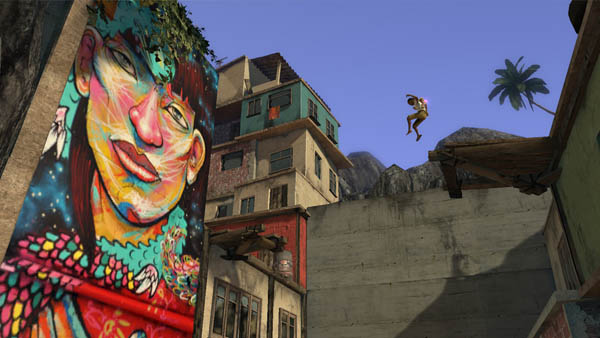 There will be no top games of 2012 list, as after the Mirror folded I spent about four months exclusively revisiting retro games and missed out on too much new stuff. But I’d like to think I still have my ear to the ground, so in lieu of a conventional countdown, here are eight games (with an emphasis on downloadable games for all you frugal types) that you should probably check out.

1. Hotline Miami (PC, Mac): Inspired by the original top-down Grand Theft Autos and set in a universe similar to Vice City’s ’80s Florida, this quick-paced kill-or-be-killed brawler punishes players for every little mistake they make, but the misery of dying pales in comparison to the thrill of walking out of a blood-splattered room unscathed.

2. Tokyo Jungle (PSN): Every species of animal under the sun is running amok in Japan after all the humans have mysteriously checked out. Survive unexpected events, unlock new animals, procreate — Tokyo Jungle is where dreams are made, there’s nothing you can’t do.

3. Fez (XBLA): Montreal’s own Phil Fish slaved away at his opus for over five years (you can learn more about his difficulties finishing the game in the doc Indie Game: The Movie), yet the final result is a deeply calming and meditative experience in a labyrinthine four-sided world.

4. Papo & Yo (PSN): Discussed at length on this website already (check the Pixel Fix archives for a series of pieces on the game). A must-play for anyone who still believes games are only about guns and guts.

5. Journey (PSN): My favourite game of the year: a wondrous quest of discovery that starts in a vast desert and ends with a climb to the top of Valhalla. Soak up the scenery, listen to the gentle breeze, and do it all with an anonymous fellow player.

6. Mark of the Ninja (XBLA, PC): A tough-as-nails 2D stealth side-scroller with a beautiful hand-drawn visual style. Do the honourable, ninja thing and sneak your way through each level without killing anyone. A tall task.

8. Dyad (PSN): The fastest, trippiest light show around, that over time settles into a hypnotic groove. Is it a simple race through a tunnel, or are you a particle light trying to achieve a state of synaesthetic zen? ■

It’s incredible how many shows are sold out these days, but there are still plenty of great gigs to get into.