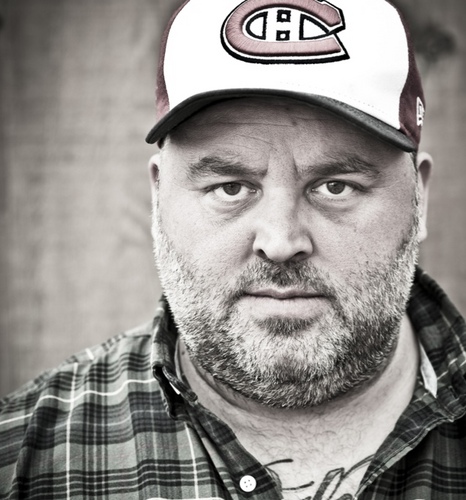 Dave McMillan, co-owner (with Fred Morin) of two of Montreal’s culinary institutions — Joe Beef and the neighbouring Liverpool House —  is known for being a funny guy.

But then he learned that he had unwittingly become the King of Hipsters, as crowned by his hipster-heavy restaurant staff.

“Ryan said, ‘Yeah, man! You’re the king of the hipsters! You’ve been wearing plaid for 15 years!’” McMillan says. “Then I realized my restaurant was full of hipsters.”

Don’t let his coal miner Levi’s, off-the-grid cottage and collection of old Swedish Army bicycles fool you, though. If anything, he’s an unwilling hipster — a 40-year-old guy who shopped at the Salvation Army before it was cool and likes just one Camera Obscura song (and only because it was suggested to him by iTunes).

“I totally love it. I love characters. The weirder kids are [the better]. I’m so totally fucking entertained,” McMillan says.

HIPSTER BAIT: amaro (photo by Editor B via Flickr)

On hipster drinking habits:
“The hipster kids drink all the things that no one else drinks. ‘I’ll have a Galliano on ice.’ All the hipster kids are drinking Chartreuse. They look at me like [they’re all stuck up] and say, ‘Let me see your amaros.’ Old Italian men and hipsters drink amaro.”

He suspects the cool, old-fashioned label graphics and fonts on the bottles of amaro — a black herbal liqueur he likens to Jägermeister without the sugar — have something to do with its popularity. And though some hipsters also like to drink other digestifs like Aperol or apéritifs like Campari by the bottle, his favourite “is the kids drinking amaro. And now I have hipsters drinking a bottle of amaro at the bar. They drink it like St-Laurent people drink vodka-cranberry.”