This weekend the Centennial Esplanade by the Lachine Canal will be a destination for music fans as the Montreal Folk Fest mounts stages for 25 bands to play. Many of the bands are local, and nearly half the line-up reps the francophone side of the scene. Following the lead of other genre-based music festivals in the city, the parameters of folk are broad, featuring singer-songwriters and rock bands along with practitioners of more traditional forms of roots music. This year the raucous side of the program is led by Montreal’s the Damn Truth, who return to Folk Fest as Friday’s headliners.

“We’ve watched the band grow in a multitude of ways and they’ve just come back from a successful European tour,” says festival founder and programmer Matt Large. “I love traditional rock ‘n’ roll and I think it’s a great band. It’s always been a great fit; our audiences really supported it wholeheartedly.” 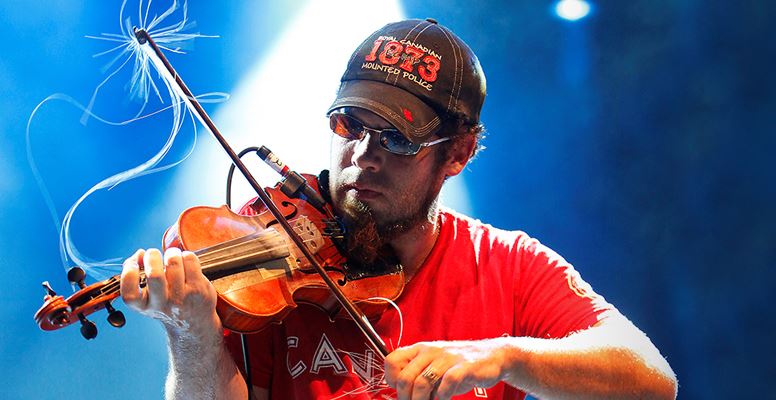 Large’s other line-up highlights include Brooklyn’s Damn Tall Buildings, Montrealers Canailles (who are returning to the fest after many years) and fiddler Ashley MacIsaac.

“In the ’90s Ashley MacIsaac created his own world and infamy,” says Large, “but he’s settled back into a good mix of traditional music from Cape Breton, and he’ll be coming with a percussionist and beatmaker. He’s still relevant, making rad news takes on traditional stuff and at the same time being one of the top level traditional fiddle players around.”

Alongside the main stages, the Lhasa de Sela youth stage, family area, artisan alley and VIP, the Folk Fest added a dance tent to the site a few years ago, a popular spot on the grounds for anyone interested in participating or watching square-dancing, Cajun dance and other folky steps. Large has incorporated another tent this year: the Confabulation Storytelling Tent, with six performers booked from 2 to 5 p.m. on Saturday and Sunday, the result of a partnership with Montreal’s storytelling experts.

“Confabulation create a really great cultural space for that kind of performance to take place, and it has been an awesome partner so hopefully that will grow. (The storytellers are) all from various backgrounds, some people doing modern storytelling like Confabulation does, but also our friend Elma Moses, who’s a Cree storyteller, looking at things from a more traditional standpoint.”

“I’m excited about that,” Large adds. “I’m really into lots of different kinds folk traditions so every year I’m looking to incorporate new things for people to enjoy.”

As the festivities are about to get started with an opening party tonight at Bar de Courcelle, an important note about Montreal Folk Fest: entry to all events is PWYC, not free, and while there is no official “suggested donation,” something in keeping with the scale of the event (as opposed to $5) would be appreciated. ■