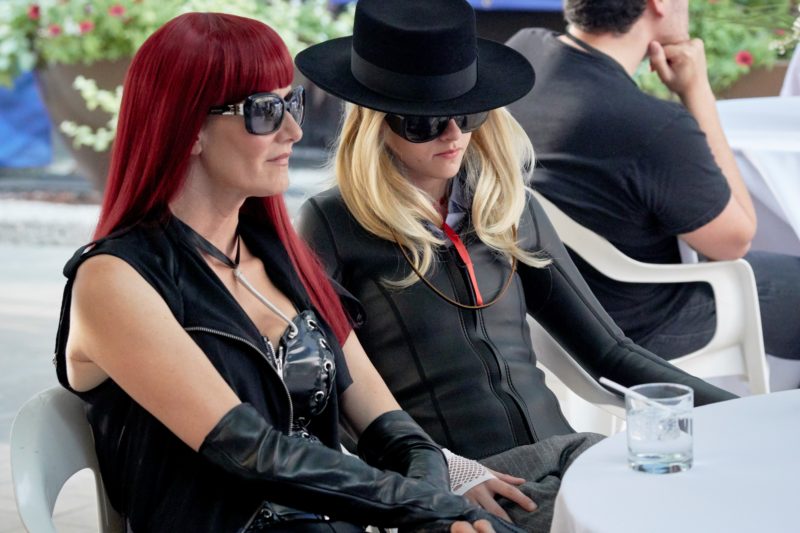 J.T. LeRoy was one of the most elusive literary figures of the past 30 years. He wrote three books: Sarah, The Heart Is Deceitful Above All Things and Harold’s End. Though fictionalized, he heavily insinuated these stories of childhood trauma, homelessness, prostitution and drug addiction were based on his own experience. As a heavily reclusive figure, he communicated with the outside world by telephone. Among his confidantes: Billy Corgan, Liz Phair, Bryan Adams, Marilyn Manson, Nancy Sinatra and Courtney Love. None of them could have guessed that he wasn’t real.

Things started to take a turn when, in 2001, a diminutive person wearing sunglasses and a wig started to publicly claim to be LeRoy. Six years later, the scandal would break — J.T. Leroy was not real. The books were written by Laura Albert, who had convinced her boyfriend’s younger sister, Savannah Knoop, to become the public face of Leroy. In 2008, Savannah Knoop published a memoir, Girl Boy Girl: How I Became JT LeRoy exploring the complex set of events that led her to become an imposter for six years.

The crazy story of literary deception has now been turned into a film, J.T. Leroy, starring Laura Dern, Kristen Stewart, Diane Kruger and Courtney Love. Based on Knoop’s memoir, the film depicts the problematic dynamics between Savannah and Laura. It is a coming of age film that delves deep into gender fluidity and shifting identities. It is a complex portrait of “being,” exploring the nature of self in an increasingly fragmented world.

Justin Kelly, who worked with Knoop to adapt her story, also directed the film. I spoke to him about his relationship with J.T. Leroy’s work and bringing to life San Francisco in the early 2000s.

Justine Smith: What is your relationship with J.T. Leroy’s writing?

Justin Kelly: In 2000, maybe 2001, my friend gave me Sarah. Shortly thereafter, I moved to San Francisco where J.T. was living. No one ever saw him. The more mysterious and fake he seemed, the more people believed and wanted to believe in him. I would see him in Interview magazine and Vanity Fair with the wig, the glasses and the shrouded face. I liked the book but I was way more interested in the persona; this weird Warholian artist type that was so cool.

I heard the rumours but I didn’t think he was fake; it just seemed too implausible. So when the story broke in early 2006, I was still living in San Francisco and I was just as blown away as everyone else. I wasn’t upset though. I wasn’t one of, you know, the hardcore J.T. fans who felt betrayed. I just thought it was completely fascinating. Then by pure chance, I met Savannah through mutual friends right after her memoir came out. I read it and I couldn’t believe how and why this happened.

JS: Some people felt betrayed but in a way, do you think this level of having this false persona might have actually added something to J.T. Leroy’s books?

JK: In terms of the validity of the work, I feel like making the film and working on the project I have no skin in the game. I wasn’t somebody talking to J.T. on the phone. He had a manager, a book agent, a very prominent group of friends — I wasn’t in that camp. I had no sense of betrayal that would lead me to trash the books. Those reactions were maybe a little bit silly. If you read the books and thought they were great, then they’re the exact same books you read. Nothing has changed at all.

I guess if someone were to re-read them now, knowing J.T. wasn’t real… I don’t know if it would make them better. I have no need to defend Laura and/or Savannah, my goal was to be very non-judgmental. Was it a brilliant form of performance art or were people unfairly tricked and betrayed? However, the books were all published under fiction and it is mentioned several times in the film. It’s just that J.T. alluded that perhaps certain things in the book he had experienced in his life.

JS: At what point did you decide to make this into a film?

JK: I never would have thought of making the film without reading the memoir. It’s the kind of story that I wouldn’t even know where to start. Reading the memoir, I didn’t expect it to be such an emotional rollercoaster. I didn’t know exactly how the whole saga went down. There was a kind of rumour mill where people were saying they only wanted fame and money, but then I read the book and thought, “Oh my God!” It was far more complicated and had so many different levels. It was a coming of age story, but a coming of age story that happens to someone who is pretending to be someone else for six years. That is just wild. That was in 2008 and I basically just pitched myself to Savannah. 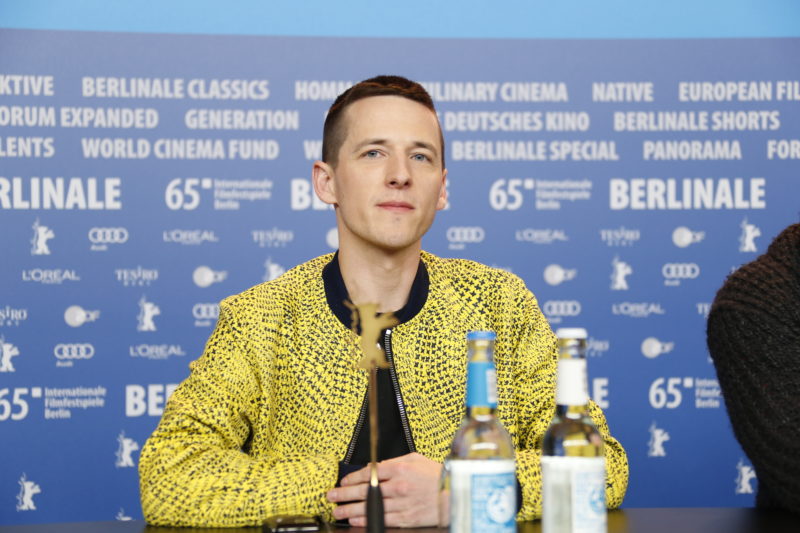 JS: Were there any challenges in adapting a true story for the screen?

JK: Luckily in the interim, waiting to cast, produce and finance, I made two other films based on true stories that were also scandalous and dealt with queer identities. It was kind of an accidental trilogy. They also took place roughly around the early to mid-2000s. I had gone through the wringer in terms of knowing how difficult it is when you’re handed a true story. You’re trying to fit an entire life into 100 minutes. It is really complicated because you can’t cover all grounds.

For example, in conveying the fact that the young, impressionable Savannah looks up to this cool, older punk artist — to the point of agreeing to be J.T. — in the book, you have 10 small scenes and we pare  it down to one. In this case, we had the character arriving fresh into San Francisco, even though Savannah would have already been living there. You have to boil things down to their essentials to fit into a film. As for changing real people into characters, it was about figuring out the purpose of this character and creating something new.

JS: How did you go about recreating this time period?

JK: Savannah and I both lived in San Francisco at the time. Getting it right was super important. Avery Plewes was our costume designer and I could just tell that she understood the world and had really good references. Also in terms of approaching this high period and making it realistic, we really wanted to sell this as early 2000 without making it distracting. She had a really great eye. For example, when [Savannah] first arrives in San Francisco she’s wearing these baggy jeans. But, if you were to put her in the true size of baggy jeans from the era she’d look silly. So Avery was making these adjustments that were true to the era but not exactly the way things were. When I see her, I get the feeling like she’s trying to be a little punk, but it’s more like a boyish t-shirt and slightly baggy jeans.

For the production design, I worked with Jean [Andre Carriere], who worked with Gaspar Noé on Enter the Void. I couldn’t believe how incredible his sets were. Just the immense amount of detail, like the wear and tear on doorknobs, fingerprints on the walls; so impeccable.

JS:  How was it balancing out so many great talents and bringing everyone on the same page?

JK: Kristen and Laura were our first choices and it was a complete dream to work with them. We worked together for so long that it just felt a little bit normal? But, sometimes I’ll look at pictures and think, if someone told me five years ago that I’d be working with Kristen Stewart and Laura Dern I’d probably lose my mind. Luckily we all just clicked immediately. I don’t actually do a lot of “rehearsal,” I prefer to go through the script page by page talking things through but I’m very collaborative. For people as seasoned as Kristen and Laura, of course, they are going to come with great ideas from their immense experience.

A lot of what Laura brought was improv. She’d put on the accent and the red wig and lord, would just go off and say the craziest things. It was incredible and so fun to watch.

Same with Courtney Love! We were dying to get someone who was in J.T.’s circle. I had no idea if she would say, “Hell no, I was tricked!” But, I think she kinda saw it as a fun full-circle moment.

JT: Do you think that there’s something about the story that resonates about our current cultural moment?

JK: When we first started the project, the interest for me was this incredible story. It’s the epitome of truth is stranger than fiction. You can never make something up like this ever. I couldn’t get financed right away, but then these dicey things started happening. There was Trump, of course, but also other literary hoax stories like Can you Ever Forgive me? Hoax stories, in general, like the Fyre Fest scandal and the Theranos scandal. When you think something is real, on a scale as grand as J.T. or those who invested hundreds of millions into Theranos, then it all comes crumbling down. I don’t know why people are drawn to it but they are.

JT: So much of J.T.’s identity is built through the phone. We are now hyper-connected with our smart-phones. Do you feel there is something to be said about connectivity in J.T.’s story?

JK: Now that you mention it, it is interesting that with each new phone technology we become more connected yet disconnected at the same time. We can text and face time and with Instagram, you can see what everyone’s doing. We’re far more in the know about everyone’s lives but, talking in sweeping generalizations, all that is interesting in the context of JT because he was connected with so many people. He existed because of these intimate conversations. It is a very similar thing to what is happening now, his lack of connectivity made people connect with him even more. ■

J.T. Leroy opens in theatres on Friday, May 3. Watch the trailer here: 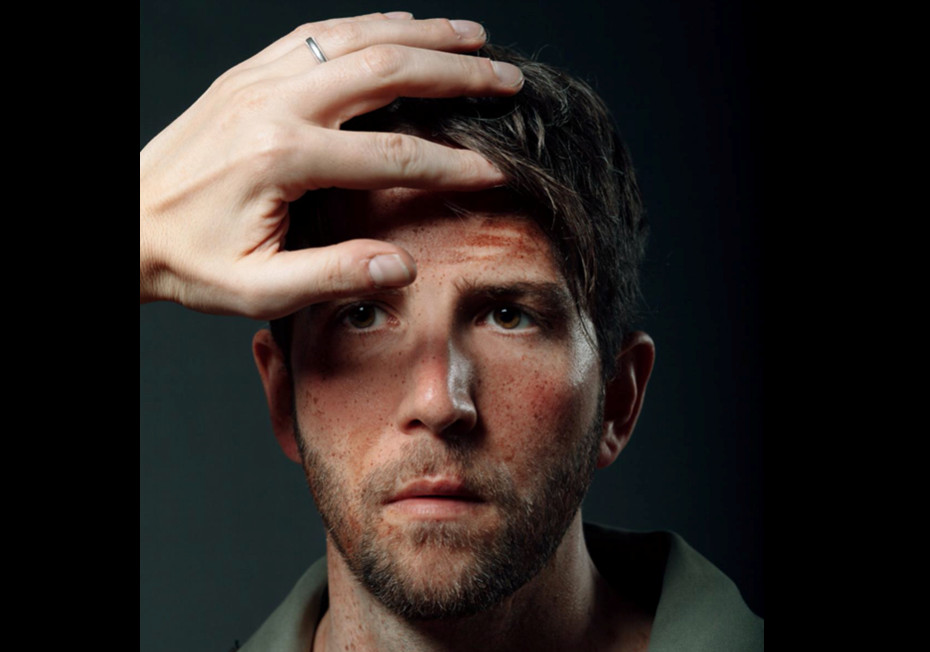 The surprise album release on Friday came with a new video conceived and shot during the pandemic.