Among the many prizes given away at the Un Certain Regard section at Cannes on Friday, the Quebec film La Femme de Mon Frère — starring Monia Chokri and directed by Anne-Elisabeth Bossé (see our interview here) — received the jury’s “Coup de coeur” prize, shared with American comedy The Climb by writer-director Michael Angelo Covino. The top prize went to the Brazilian film The Invisible Life of Euridice Gusmao by Karim Ainouz, a heart-wrenching saga based on a famous 2015 novel by Martha Batalha. In this poetic reconstruction of life in Rio de Janeiro in the 1950s and 1960s, the improbable story does not overshadow luminous camerawork and inspired female performances.

The opening scene sets up a sense of bereavement and longing as we see two sisters get separated in a lush Rio rainforest near the ocean, just before a storm. Carol Duarte and Julia Stockler portray the sisters’ bond effortlessly from the very first moments, when both as just trying to survive a strict upbringing in a devout Catholic family. Eighteen-year-old Euridice (Duarte) hopes to study classical piano in Vienna, while slightly older Guida (Stockler) just wants to go out and party. Their father Manuel (Antonio Fonseca) sees nothing but marriage in their future, and their mother Ana (Flavia Gusmao) does not dare to confront him. One night, Guida sneaks out to meet a Greek sailor boyfriend and elopes to Athens with him, leaving Euridice heartbroken and lost. As years pass, because of men around them, both sisters’ dreams get crushed as they try to reach for each other across time and space.

Told through a voiceover of Guida’s lost letters to her sister, the somewhat contrived soap-opera plot hinges on moral taboos — Guida comes back pregnant out of wedlock and her father throws her out — as well as untold secrets and heartless lies, as Euridice and Guida think they are oceans away from each other for decades while they both live in the same city. In one painful, perfectly choreographed missed encounter, the two women avoid seeing each other at a restaurant, even though their children play together briefly. This scene, and many others, play out the class and moral taboos operating in Rio — Guida is not welcome at the café because of her flashy working-class dress.

Ainouz animates the sisters’ motivations in different registers, aided by French cinematographer Helene Louvart. Euridice’s fragile inner world appears in visions, as when she aces her piano test while imagining her life together with Guida. The older, more resilient sister instead articulates her desires in letters, while the camera focuses on her daily routines: working at the docks, or building a new household with her son and a new friend, a prostitute-turned-babysitter named Filomena (Barbara Santos). As Guida finds her own way, her younger sister sinks further into despair. By the finale, even the most cynical viewers will weep together with Euridice at the end of her life, played by venerated Fernanda Montenegro — known, among other roles, for her lead in Walter Salles’s Central Station. 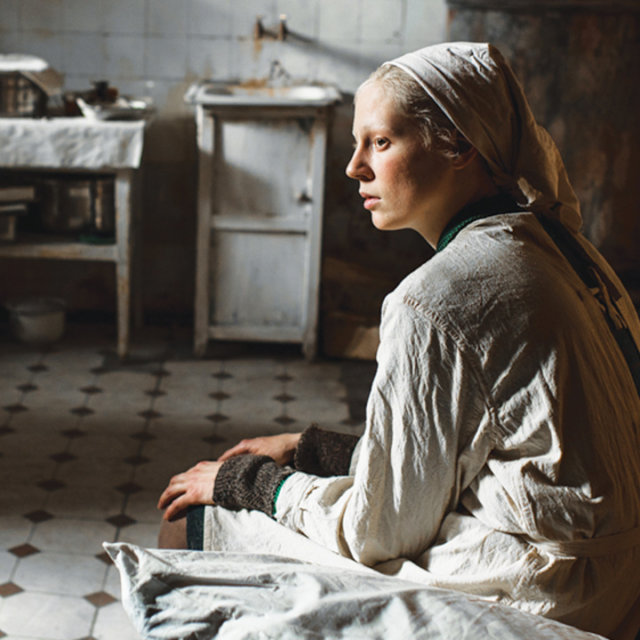 While Ainouz still sees a light at the end of the tunnel, Kantemir Balagov, the 27-year-old Best Director prize winner from Un Certain Regard, sees no way out in Beanpole. This stone-cold tale of post-Word War II Leningrad also received a FIPRESCI Prize today. A student of Alexander Sokurov, Balagov got attention at Cannes in 2017 for his uneven but honest Closeness, a tale about Jewish-Muslim relations in his native Kabardino-Balkar republic. Beanpole, his second feature, is more polished and traditional in execution, yet still provides a unique view of an era depicted often in Soviet and post-Soviet cinema. This polish denotes his ascent to the top league of Russian art directors, and the support of producer Alexander Rodnyansky, who collaborates with Andrei Zvyagintsev. Rodnyansky accepted the Best Director award in place of Balagov, who is in Moscow for the Beanpole premiere.

Beanpole also revolves around the relationship of two women. Iya (Viktoria Miroshnichenko) is a remarkably tall —“beanpole,” or “dylda” in Russian — nurse at a hospital full of damaged war veterans. She alone takes care of a little boy, Pasha, a son of her wartime friend Masha (Vasilisa Perelygina). Chief medic Nikolai Ivanovich (Andrei Bykov) helps her out with rations, and allows her to bring the boy to work. Yet her simple mind makes her vulnerable to manipulation. Because of a war injury, Iya is prone to freezing for over 10 minutes at a time, which leads to tragic consequences by the time Masha gets back from the front. Determined to make her life after war exactly the way she wants it, Masha is ready to destroy the fragile world Iya built for herself at the hospital.

The film is a pleasure to watch, in part because Sergei Ivanov’s sets, Olga Smirnova’s costumes and Ksenia Sereda’s cinematography emphasize green, yellow and red — instead of the usual grey and brown — for postwar hand-me-downs and communal apartment interiors. The one episode where the film switches to a white colour palette feels out of place: a luxury country house where elite parents of Masha’s shy boyfriend give her an icy welcome. Both debut performances do not disappoint. Miroshnichenko conveys Iya’s emotional but muddled responses well, with a mixture of moral conviction and practical helplessness. Perelygina’s Masha puts on a happy smile no matter how tragic the news she gets or delivers, reminding the viewer that cruelty probably eased her military road to Berlin, to “avenge” the fallen father of her child, as well. The same resolve that made her a good soldier makes her a menace in peacetime, giving the ostensibly hopeful ending a creepy tinge. ■