Monia Chokri and Anne-Élisabeth Bossé, director and star of the film, have known each other for years, since they both studied at the Conservatory in Montreal. As actresses, they both appeared in Xavier Dolan’s Heartbeats and Laurence Anyways, and Chokri’s film shares a producer, Nancy Grant, with Dolan’s Matthias and Maxime. Bossé is well-known in Québec for her TV and film roles, but until recently was less familiar to spectators worldwide. I interviewed them together last Friday at Cannes.

Elena Razlogova: La femme de mon frère is particularly notable in its eviscerating humour, both verbal and situational. The joke about being overqualified and underemployed, the petty out-of-date university professors and the pretentious foodie scene in the Italian restaurant will be familiar to many Montrealers. Given that you wrote the script, how did you arrive at this particular kind of humour?

Monia Chokri: I think ours is a pretty Québécois humour. We have this kind of ironic, caustic and weird way of seeing the world. In a light way, too. It is something I also had with my brother. It started with my family, actually, a way of teasing each other. Then it’s something I see in Montreal, in my neighbourhood, people around me, my friends. It comes from an observation of my environment.

ER: How does the story in the film relate to your own relationship with your brother?

MC: It’s true that I have a brother. It’s not an autobiography, but more like a “self-fiction:” I use part of reality to make it happen in fiction. It’s something that I knew, and I thought it would be interesting to show this kind of relationship in cinema. There is no film about such a relationship between brother and sister. Love Streams [1984] by [John] Cassavetes is the only example I have in mind that is focused on this kind of relationship. I thought it would be interesting to explore it in film.

ER to Anne-Élisabeth Bossé: Was it natural for you to act out Sophie’s personality and sardonic way of speaking?

AB: I’ve done a lot of comedy in Montreal before, it’s one of my strengths. But this comedy is really particular because of all the words and the way to express it and find a good rhythm in it. But since Monia is also an actress, she was really clear about her desires about my interpretation of Sophie and I was really well guided to execute her idea of it. And I was feeling safe with her. 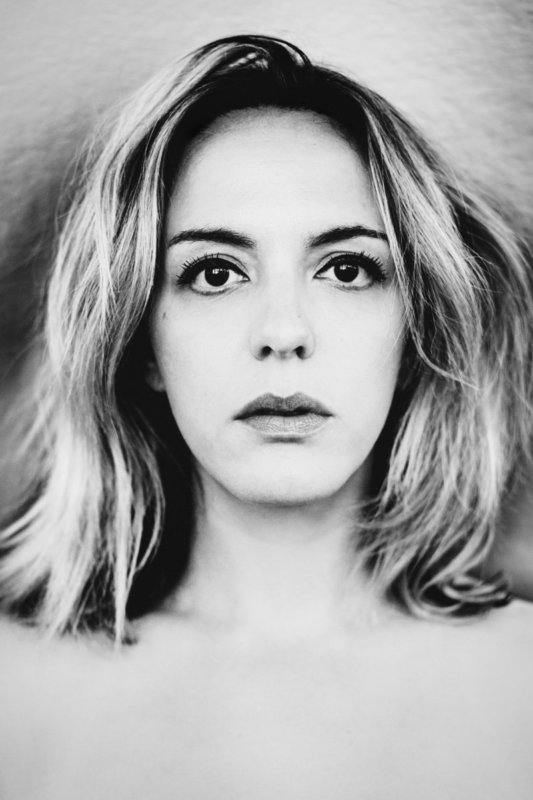 MC: It was something we created together, because she has such good timing in her comedy. It was easy to work with her. She is known for a lot of comedy, sketch comedy in particular.

AB: I have difficulty choosing drama or comedy. In modern television it’s always a bit of both — joyful drama, or dramedy.

MC: She is one of the greatest comedy actresses that we’ve got. She is not only that, she is able to do both.

AB: I don’t want to reduce myself to just comedy, but it really opened doors in my career.

ER: Your film explores feminist issues such as abortion. It was chosen to open Un Certain Regard section, and then promoted in emails to the press as follows: “The festival’s two opening films have been selected in the respect of gender equality, with Jim Jarmusch opening the Competition and Monia Chokri opening Un Certain Regard.” As women filmmakers, what do you think about the #metoo debates in general, and the demand for equal participation of female directors at Cannes in particular?

MC: It’s a good thing that women now are speaking out louder. We still have a lot of work to do on this. I think in Montreal it’s different, but in France I see that my colleagues and friends in cinema in every field have to work a little bit harder on this still. But now at least there is liberation of speech. I was working with a photographer earlier and he was saying stuff, and I said, wait… I was making a joke that if he said that stuff two years ago it would be okay but now is not.

AB: Yes, I felt the same way with some photographers.

MC: Yes, photographers in particular. There is this addiction relationship.

AB: It’s a sensitive issue. But it shows that things really do move. #Metoo worked a little bit. Maybe not as fast as we would like, but we see a difference.

ER: Sophie has a fascinating family: bohemian parents, including an Arab immigrant Marxist father. To me, they are a nice antidote to Bill 21, currently under discussion, showing a different view of “authentic” Francophone Québécois culture. Do the parents represent a particular social milieux existing in Quebec and why did you choose to portray this kind of family?

MC: I come from a mixed marriage so it’s part of my own culture. It was very important for me to portray a 70-year-old Arabic man who was not a cliché of an Arabic person that we see for 10 years now in media and cinema. So it was a political choice to make him happy, at ease, sexually liberated, funny, light, having drinks, speaking not in a hard way to his children. And the actor is Jewish actually, because Sasson Gabai is from Israel — he was born in Iraq, his first language is Arabic, and later he moved to Israel. The fact that he is an Arab man, but we don’t know where he is from, and he does not talk about his confession — is he Muslim, is he Jewish, we don’t know — it means that we are part of the same world.

In Montreal it’s obvious that we have a lot of cultures mixed together. And I think in Francophone cinema and TV we still have a problem, we are trying, slowly but surely, to have an ethnic mix of people on screen. I wanted to make it happen in our film where he is from a different background but no one speaks about it in the film, like in life. In Montreal, so many people come from all over the world — there is a scene with Italian, Haitian people, with Irish people. It was a tribute to the melting pot of people who live together, French, English, and with the love of each other. Let’s make Montreal beautiful.