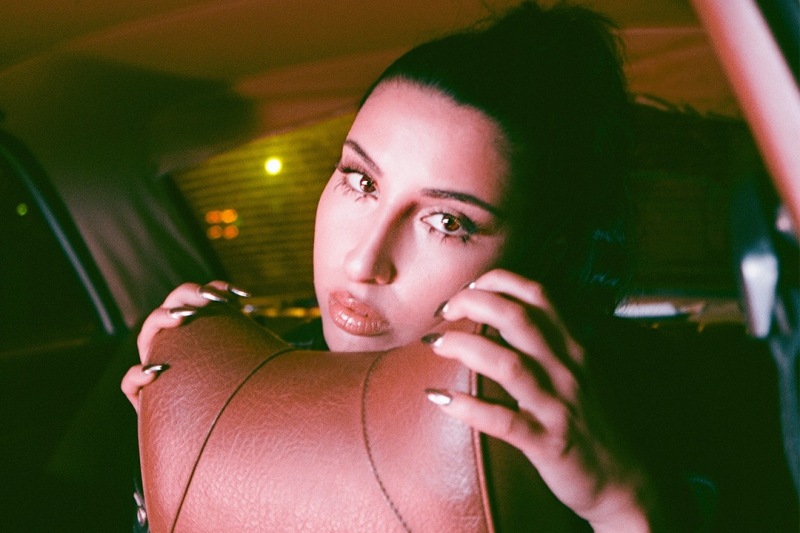 Zeina is happy to be home.

At the Indigo bookstore in Laval, she sits cozily with her eyes glued to the magazine section. Her white jeans are covered in doodles. One graphic reads “I ❤’ed you” — another features the iconic Hollywood sign. It’s the area where Zeina has spent the past year of her life, with hopes of elevating her career past what her hometown has to offer.

“Montreal is a really cool city, but you reach a ceiling of opportunity,” she explains. “I wanted to go above that.”

Before music, Zeina studied at Université de Montréal’s medical school. She stayed one semester before having a sudden change of heart.

“I was hella depressed. I was just in the classroom like, ‘Why am I here?’ I don’t say depression lightly; people throw that word around like it’s anything. My parents are immigrants, so of course their dream for me is to finish my education. It was really bad. I just quit, I didn’t even go to my finals or nothing.”

Zeina first released music professionally in the summer of 2016. Linking with producers like Toronto’s FrancisGotHeat and Montreal’s own Da-P, the songstress began to cultivate a distinct dramatic sound, her voice the brush on the instrumentals’ dark canvases.

The fall after she released her debut EP Odd One Out, Zeina took her talents out west, moving to balmy Los Angeles to start anew. However, living in the Golden State was not always the brightest of times.

“I slept on the floor for a whole year. I wasn’t at all in a good neighbourhood — I was in the hood.”

She remembers finding out just how rough things were when discovering her city, Pacoima, on a 2018 list of worst Los Angeles areas, at number three. “Compton was under it! So, I was in a bad area, and even though I was there, I felt super happy.”

Among her Los Angeles highlights? Getting the opportunity to collaborate with producer extraordinaire Skrillex. “That was iconic!” the singer recalls. “He’s the fucking father of dubstep. I was so nervous. We talked most of the time, we worked on a track. He’s like the nicest guy ever. You wouldn’t even think that he is who he is because he’s so humble.”

The release of the singer’s latest tracks “Killer” and “In My Head” have gained support from one striking source: Jay-Z’s Roc Nation. Though she asserts she is “completely independent,” Zeina reveals that she recently cut a management deal with the entertainment company. “They have management, publishing and a label. I’m just on the management side. They do good for me.”

In true L.A. fashion, Zeina attended this year’s Roc Nation Brunch, an annual tradition on the Saturday before the Grammys. Here, many industry greats celebrate and unite before music’s biggest night.

“That was like, something off of a bucket list. I got to meet Hov, I shook his hand. We talked for a couple of minutes. He knew who I was, he’s heard my stuff before. Anyone who is brought to Roc Nation kind of has to be approved by Hov. It was insane. He just said, ‘Welcome to the family!’ It’s one of the best things to hear from your idol’s mouth.”

In terms of an artist deal, Zeina has “been talking to a whole lot of different labels” but would only sign if it makes sense in the future. “Right now, I think I’m doing pretty well on my own.”

A few days after our conversation, the singer would score her first million streams on a track with “In My Head,” so all signs point to her aforementioned feeling being spot-on. For someone who was reluctantly chasing somebody else’s dream at med school just a few years ago, Zeina is at long last living her own truth. ■