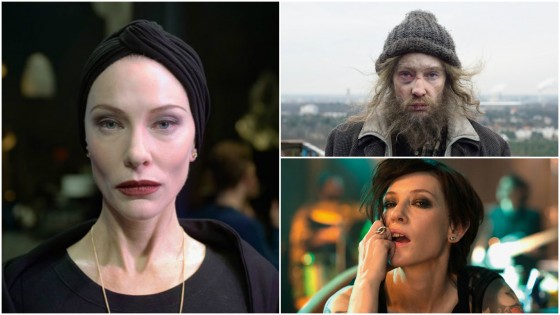 The former French-edition Elle magazine editor-in-chief Jean-Dominique Bauby’s memoir The Diving Bell and the Butterfly, which Julian Schnabel adapted for the screen in 2007, recounts the author’s traumatic experiences with a rare form of paralysis called locked-in syndrome following a massive stroke he suffered in late 1995. Bauby was left with only the motor control over one of his eyes, so the book was painstakingly written by Bauby blinking to indicate letters that a transcriber would read aloud. A typical word took two minutes.

That kind of paralytic, glacial timescale characterizes the depths of Canadian winters, too. There is nothing quite like a foot of overnight snow to make one feel locked-in, with little more than time to contemplate. What creeps in in these elongated moments? Sometimes we might recount lost love, or perseverate over regret. Sometimes we might surrender quarter to impossible imaginings and fanciful dreams. “Other than my eye,” Bauby wrote, “two things aren’t paralyzed: my imagination and my memory.”

We must all agree that there is a difference between something and nothing. Scientific thought is constructed upon the idea of a precise moment of detectability of phenomena to the senses. But sometimes, especially over long periods of time, the difference between nothing and something is indiscernible to human faculties. A subtle shift takes place that no one notices at first. But that shift contains universes of potential for upheaval and change. Increasingly in recent years, we’ve fallen victim to subtle shifts in the wrong direction, so some somethings are now nothings.

For instance, the 10-year challenge that unfolded in January on social media, in addition to profile photos from 2009 also turned up images of climate change’s devastating effects on the ecosystem: glaciers melting into the sea; vibrant coral reefs turned deadly white; entire forests sheared. Crosscutting from one decade to another puts incremental change into bold relief. Will we do nothing and mark the precise moment when Earth’s temperatures rise past the tipping point? Or will we manage to make those seemingly imperceptible but crucial changes before the future fades from the scene, like an airplane disappearing from view?

Works of art-about-art are always burdened by their dual duties of contributing something significant to art criticism, as well as standing on their own as legitimate and unique pieces. Julian Rosefeldt’s installation, in which Cate Blanchett performs 13 of the art world’s most important manifestos as cinematic tableaux, largely carries these obligations off with wit and style. It is a highly conceptual work that subsumes conceptuality. The project is the perfect role for Blanchett, who transforms astonishingly from eulogist to schoolmarm to puppeteer to punk. Honestly, though, I would turn up to see her read from the phone book.

Many religions practise some form of devotional circumambulation — the act of moving around a holy idol or object. Jews dance around the scrolls on Simchat Torah, at the end of a year-long scriptural readings cycle; Muslims circumambulate the Kaaba — Islam’s holiest site — seven times during the Hajj, the annual sacred pilgrimage to Mecca; the Bantu-Kongo spiritual tradition, too, speaks of a “seven-direction walk” to connect the self and the universe.

Circumambulation is also used to defeat enemies — like a lion encircling its prey — as in the story of Joshua’s conquest of Jericho. For six days, the Bible says, Joshua’s army marched around the walled city. On the seventh day, seven priests blowing seven ram’s horns circumambulated Jericho, and its walls fell. This is something that Donald Trump doesn’t understand: irrespective of fences or walls or imaginary borders, the rest of the world has America surrounded.

“Of reality there’s only presence and absence

I’ll tell the truth:
all of us are nothing
neither sky nor land
we no longer have children
we’re the fog which’s evaporating on a river
of words
rust in the sky and its constellations
rust in existence

My country is a refugee in me.”

—excerpt, Out of the Magic of Venom: Creation, Kathy Acker